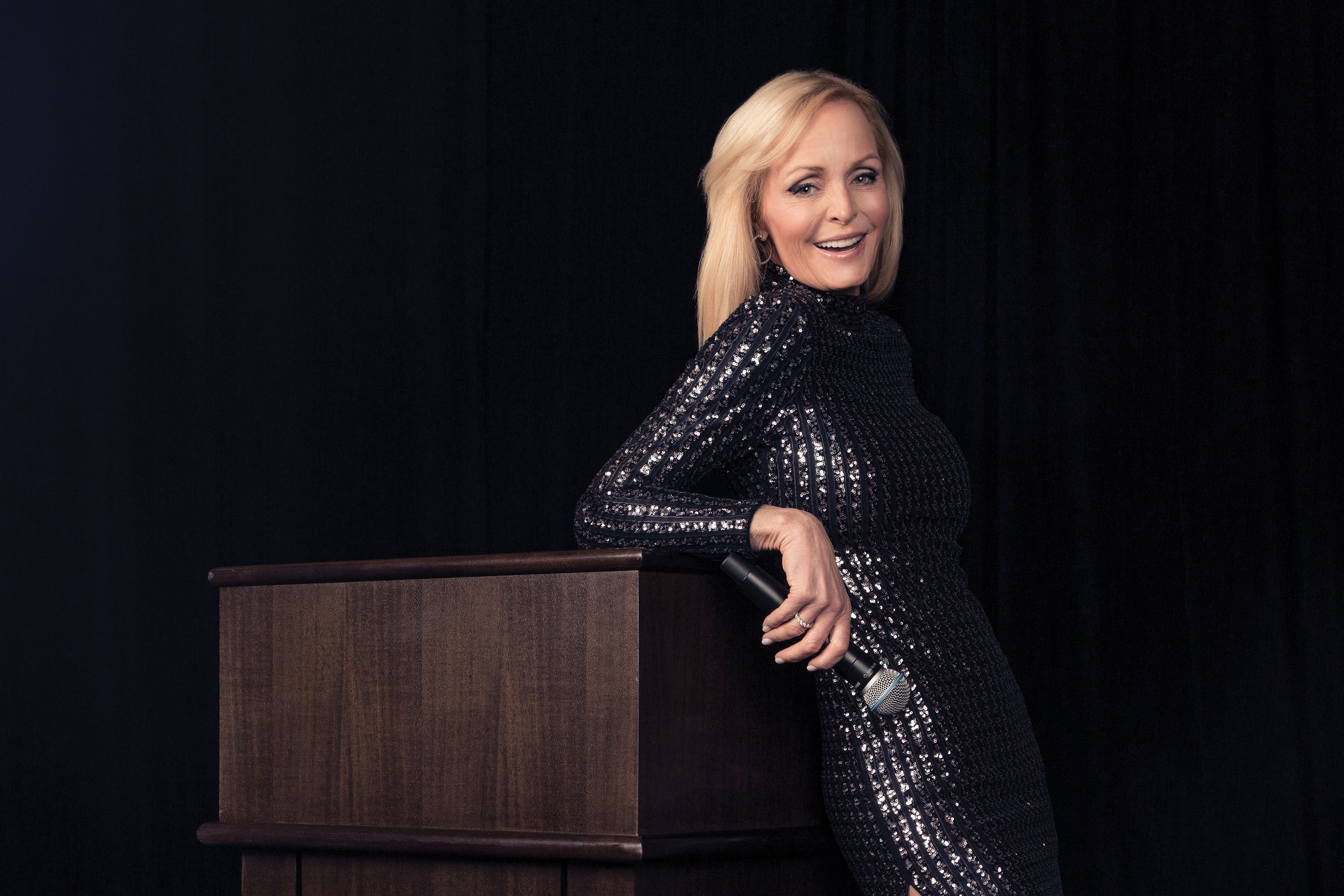 If you’ve ever put your paddle in the air to pledge $10,000 to a charity, it was probably at the behest of Letitia Frye, the designer-clad, stiletto-wearing force of nature known as The Auctiontainer. She’s been the go-to gal for charity galas, including St. Jude Children’s Research Hospital and one n ten, for nearly two decades. Frye works the crowd like a conductor, with sassy stage banter and personalized pleas – she volunteers for every client, so she knows the compelling details – that leave you powerless to resist at least a “lower-tier” donation of $100. She’s been on both sides of the charity act, as the model wife of a Scottsdale entrepreneur and as a single mom living below the poverty line after their divorce. “I had to get a job in a clothing store I used to own,” she says. “Talk about turnaround and willing to do the work.” Frye caught up with us as her book, No Reserve, went on pre-sale in advance of its July publication.

How did The Auctiontainer moniker come to be?

Actually, Alice Cooper came up with it years ago… [The first year of working together] he was like, “Stop everything. What is that?” And it was so cute, because he was like, “You should have been a rock star.” And I’m like, “I can’t sing.” And he says, “Neither can I.” [laughs] He said, “She’s an auctiontainer.” Auctiontainment had already been used… But nobody had made it “auctiontainer” until he did it.

[In the beginning] I auctioned for $100 a day. I auctioned on 27th [Avenue] and Baseline [Road], out in the summer in 117-degree heat, in Spanish, to predominantly Latino mechanics that would come down for salvaged vehicle titles… I had really pushed the charity aside, because I came from that. I mean, it’s kind of funny if you watch the rise and fall. A year before [her career took off], I was making $21,064, and 18 months before that I was on the cover of Trends… I knew in my heart of hearts that this auction thing was going to move, I just had to really work and I had to hone my craft.

When I started out, benefit auctioneers were a joke… We are no joke. We became a billion-dollar industry. This little joke, this auctiontainment, this little thing, is now being taken worldwide and taught. How many jobs do you think that gives?… They’re helping people be a part of something outside of themselves, something greater than themselves.

You’re a serial mentor, and many of your mentees work with you, like the “ring person” on the auction floor.

It’s a huge passion of mine. I do it for free. I’ve done, I think it’s 65 people now… [The ring person] is Tamara Dooley. Tamara is a single mom… She was making $18,000 a year working on a forklift, missing all her teeth, smoked two packs of cigarettes a day… [Now] She has beautiful teeth… she’s making a six-figure salary… She has a real life.

Your book melds your career with your spiritual journey.

That book opens up with an auction. And you know what they’re auctioning? Your life. What is your life worth? Did you put a reserve on it? Meaning: Did you cap something?… I realized I had a lot of reserves on my life. I was my own biggest problem…  [The book] is vulnerable. I had to read it, and I thought, “Oh, I’m going to throw up. I can’t believe this was me. I can’t believe I was that shallow. How did I even handle myself?” But then I think to myself, “That’s just it.” … I went, “Oh, God, you were saving me the whole time. You were saving me from myself.”