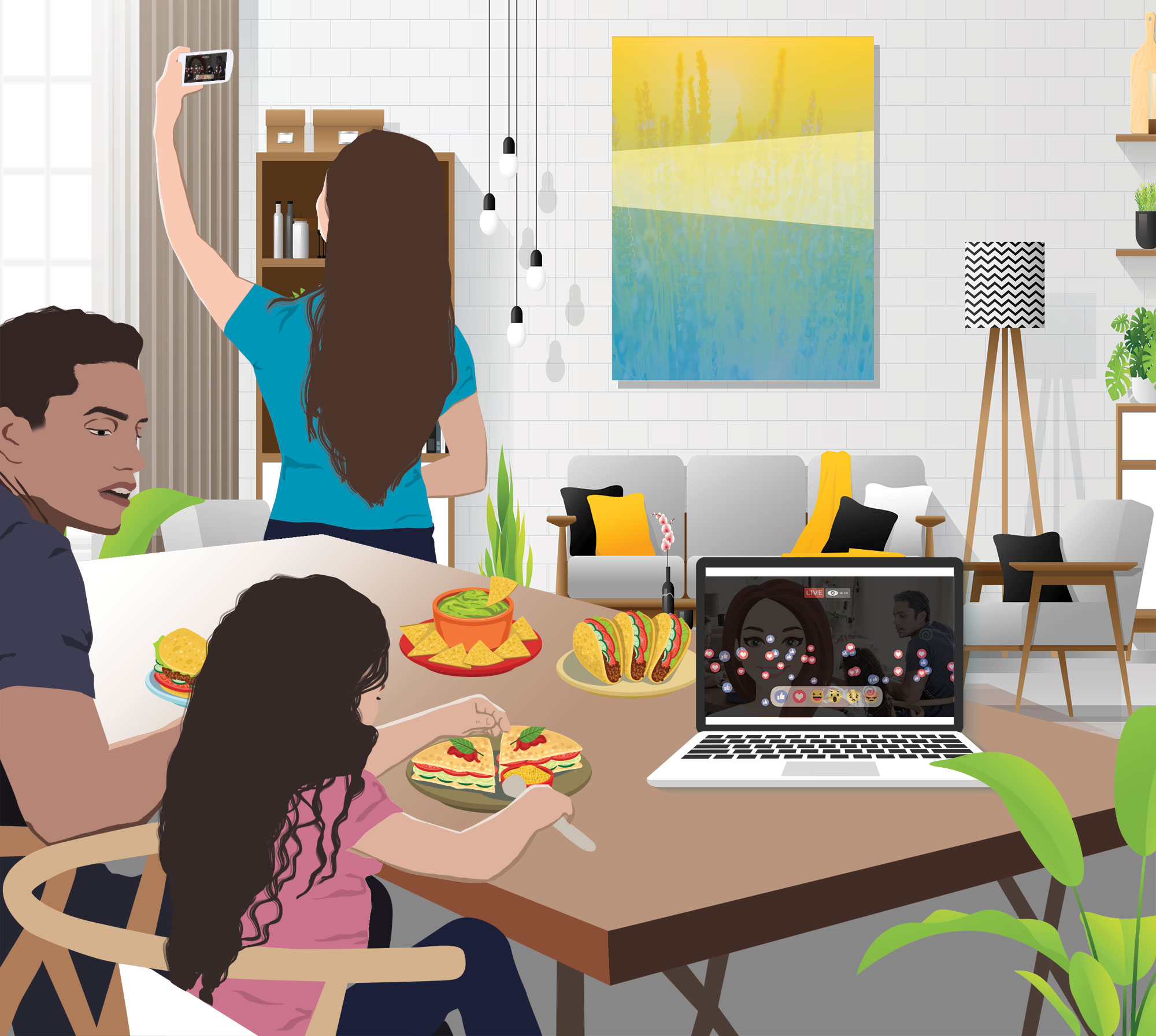 A lot of strangers know the names of Bethanie Garcia’s kids. Sometimes they’ll walk up to them, as if they’ve met before. They have – online.

The Gilbert mom is a social media influencer. She’s among a handful of Valley families navigating the uncharted waters of social media stardom, a growing professional landscape that is somewhat unregulated, untested and ever-changing.

Garcia, who turned her The Garcia Diaries blog into her family’s bread-winning enterprise with social media channels, isn’t endorsing every brand that sends her a direct message, though. She’s focused on body positivity, and her 100,000+ Instagram followers embrace her candor. “I can be myself and authentic and reach these people with what my message is,” Garcia says. “We can link arms and get through this together.” Garcia is talking about the human experience, which for her includes marriage, parenthood, body image and, recently, influencer status.

Influencers earn money in much the same way any celebrity or athlete would outside of their paychecks: They endorse brands for compensation based on how well they are able to reach a specific audience, measured by quantity of followers and quality of engagement with followers.

Garcia chooses opportunities carefully, and it seems she’s making the right moves. Her husband was able to leave his job, as the family’s social media presence supports them entirely.

The Phoenix area is home to countless influencers who have cultivated audiences on Instagram and YouTube, for better or worse. The East Valley in particular has seen the success of families of influencers. Gilbert’s Katie Stauffer travels to magazine shoots and conventions with her twin daughters, Emma and Mila. The preschoolers “went viral” at age 2 when their sister posted a video of them kvetching about being single on Valentine’s Day. The satirical clip spawned a social media empire: more than 9 million followers across platforms, a clothing line at Target and 80,000+ likes on photo posts.

On the extreme opposite end of the spectrum is Machelle Hobson, a Maricopa mom who produced the YouTube series Fantastic Adventures. Last year, she was arrested and charged with 30 counts of child abuse for allegedly forcing her children to participate, physically punishing them if they refused. Experts on Good Morning America suggested Hobson had earned at least a six-figure salary for the videos, which had about 800,000 subscribers. Hobson, who died awaiting prosecution, seems to be an outlier with her alleged behavior, but not the exception when it comes to the income a successful following can produce.

Jenny Harvey, who has nearly 20,000 Instagram followers (@the_jenny_experience), is aware of the perils of influencer life. The income she receives is “supplemental” to the salary she earns managing social media for her parents’ business, Mesa wedding venue The Wright House. “It can get as big as I want it to. I don’t feel that pressure of meeting a certain deadline… If I get burned out, I just take a break.” Harvey posts about strange things, debates with her husband and videos of their kids, like one of her daughter filling “8,000” Solo cups with “boujee” filtered water. “And we’ll be here all night, folks,” Harvey captioned it. Family is central to her content.

The same goes for Garcia, who is pregnant with her fifth child. And the Stauffer family earned their initial moonshot into the spotlight thanks to the twins’ adorable on-camera delivery. While families in Arizona can earn sponsorship deals and a livable income based on digital influence, there doesn’t appear to be a framework of protection for the financial interests of the kids, as in other major markets. State labor laws offer exemptions for children working in the entertainment industry, but stop short of requiring trust accounts for performers like the Coogan Law does in California, New York, Louisiana and New Mexico. That law, named after 1930s child actor Jackie Coogan – whose parents squeezed him for profit before he went on to an adult acting career – requires that 15 percent of wages earned by a child performer be withheld and deposited into a long-term trust account. Emma Stauffer, the pint-size influencer who has her own GIF, joked in a video about contributing to her “investment portfolio” so she can retire at 27. The Stauffers did not respond to interview requests, so whether this is true is unclear. 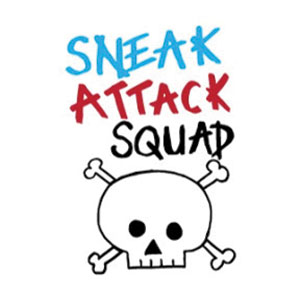 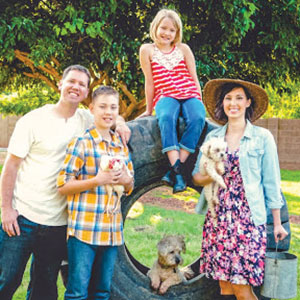 Adventure on the (urban) farm with Kevin and DaNell Wolford of Phoenix, and their brood. 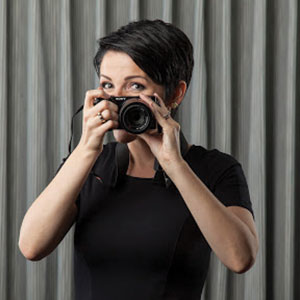 Garcia launched a YouTube channel to complement her blog, Instagram and Facebook. Although she writes primarily about body positivity, haters persist, and Garcia has had to toughen up. “It scares me a bit when people are hating so hard. I just have to focus on myself… And I always hope my messages are empowering people versus making others feel bad.” Feedback can be nasty, particularly when she calls out influencers for endorsing products they don’t use, a practice she admitted to years ago and dismissed in favor of authenticity. “I made a decision I was never going to do that again,” Garcia said in an Instagram story that focused on her belief that influencers have a responsibility to be real.

It’s in that space between real and digital interactions where we as a species have developed new habits, says Michelle “Lani” Shiota, associate professor in the psychology department at Arizona State University. “The nature of the feedback has gotten more confusing and more intense in a way that is not normative for human face-to-face interaction,” she says. Our drive to connect and socialize is primal, as is our craving for status and curiosity about other people’s lives, which start early. Social media feeds those innate desires in an unending way. Shiota says that “more democratic” approach to content, compared to traditional media, allows influencers to gain traction. “It’s more of a marketplace of messages.”

Dr. MaryRuth Hackett, who has a Ph.D. in educational psychology, says kids who are subjects of social media content likely won’t suffer the stereotypical ills of child stardom (drugs and alcohol) any more than their peers. While this field is too young to measure long-term consequences, Hackett has concerns about the impacts of reduced privacy and negative feedback. “Healthy self-esteem comes from an appreciation of a process, from hard work, from learning, from growing, from receiving unconditional love. Being an online star… is completely outcome-focused – not process-focused,” Hackett says. “Our self-worth is inherent in our creation… Healthy self-esteem does not come from the number of likes or shares on a video.”

Garcia’s family appeared on Super Nanny in January, and she plans to grow the brand she created when she and her husband weren’t far removed from minimum-wage jobs and government assistance. There are no requirements for Arizona parents to save on behalf of their kids, so planning for the future is up to individuals. Financial experts quoted in Forbes recommend saving 10 to 20 percent of earnings, while investment brokers suggest establishing 529 accounts for children. The Garcias save and invest portions of every paycheck, have established accounts for their kids and are dedicated to financial planning in 2020. On Instagram, Bethanie discussed declining, for ethical reasons, a sponsorship that would have supported them for a year. “We have to continue to evolve.”