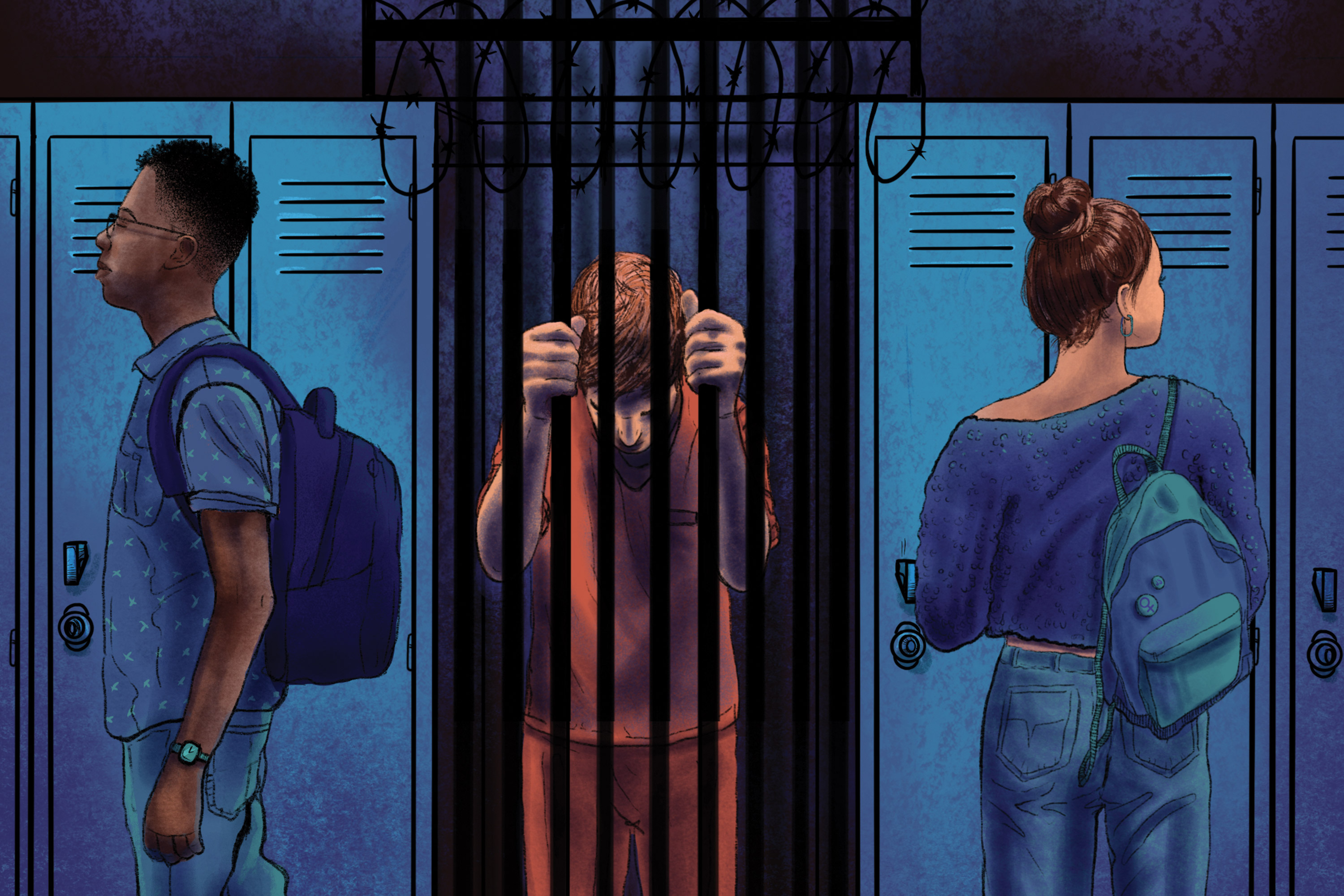 How do you treat a young man like Tyler – diagnosed with ADHD, oppositional defiant disorder and autism?

In Arizona, you lock him up. Repeatedly.

It’s been almost 20 years since I first reported on conditions for kids with serious mental illness in the state’s locked facilities, operated by the Arizona Department of Juvenile Corrections. One boy painted the walls of his cell with his own blood. Girls were cutting, kids were literally banging their heads on the walls. Solitary confinement was a routine punishment. Three boys took their own lives before the federal government finally stepped in and tried to clean things up.

The end result of the callout was, arguably, a better system, or, at least, a much smaller one. Once home to four prison-like units packed with juvenile offenders, Arizona now has just one locked facility, Adobe Mountain School. The latest figures, from November 2019, showed 237 kids in custody, including Tyler, Nicole Hinyard’s son.

I’ve always found the location of Adobe Mountain – on the northern end of metro Phoenix, off the Happy Valley Road exit on the I-17 – ironic, since this is just about the most depressing place I’ve ever visited: cell blocks, no landscaping, kids in prison uniforms lining up for meds and further kept in line with rules that – if broken – mean an addition to a sentence tracked not by the court and lawyers but by state employees, with no due process for the kid.

That’s never sounded right to me, nor to Beth Rosenberg, a director with the nonprofit Children’s Action Alliance who’s followed the issue of juvenile justice in this state even longer than I have. Rosenberg retired last year, leaving behind a rather long wish list that we discussed on her way out the door.

Rosenberg would like the state to do away with a 1996 constitutional amendment that treats kids 15 and older as adults if they’ve committed serious crimes like murder. She doesn’t think kids should be shackled in court. She’s concerned by the high number of kids in foster care who end up in the juvenile justice system, and wishes that Arizona would follow the lead of other states and keep kids in the juvenile system until they are 21, citing research that shows that brain development continues into one’s mid-20s.

And she’s convinced that there are still kids in custody at Adobe Mountain who should be receiving community treatment for mental illness. “[The] ADJC really doesn’t have the capacity to deal with kids that are really, seriously mentally impaired,” Rosenberg says. “Overall, the state probably needs more intensive behavioral health treatment for these youths.”

Nicole Hinyard has a long list of concerns, which she expressed when she tracked me down last year on behalf of Tyler. (Not his real name, as he is still a youth.) I’ve grown accustomed to hearing from parents whose kids are detained by ADJC. Citing privacy laws, ADJC always declines comment.

Over the years, the parent concerns have taken on a pattern: Yes, the kid did something wrong. But the kid also has a history of mental illness, and the parents are not regularly consulted regarding medication and counseling. Locked up, the kid’s behavior gets worse – leading to violations that extend their sentence in a system that’s ostensibly rehabilitative, not punitive.

That was Tyler’s challenge when his mom and I spoke in late 2019. Born and raised in Yuma, Tyler didn’t speak until he was 3 and started receiving behavioral health services at 5. He’s had many diagnoses over the years, including autism when he was 13 or 14, she says. “He did great in preschool and after that… school was just a nightmare. He just couldn’t be in the class without either having a meltdown or trying to run off, and then they would touch him, which would cause more of an issue because he would freak out.”

Tyler began hanging around older kids and using meth, his mom says. Desperate, she called the police. “He was either gonna end up dead [or] on the street or something. I turned him in, and they sent him to Adobe.”

Things went well the first time, she says. He finished his stint and emerged better. The second time, not as well. And now Tyler’s back for a third time – and Nicole is panicked. He’s been off and on meds for years, and though Nicole believes she’s found the right cocktail, she says the staff at Adobe Mountain ignored her and put her son on Prozac even though he was suicidal. They finally listened and switched his meds; he seems better, but continues to rack up behavior violations. At this rate, he may not be released till his 18th birthday in September.

“I think he needs to be in more of a mental health facility, like clinical setting, not a violent inmate setting. I don’t think that’s healthy for him,” Hinyard says. “I don’t want to call the police ever again if he has a bad day.”