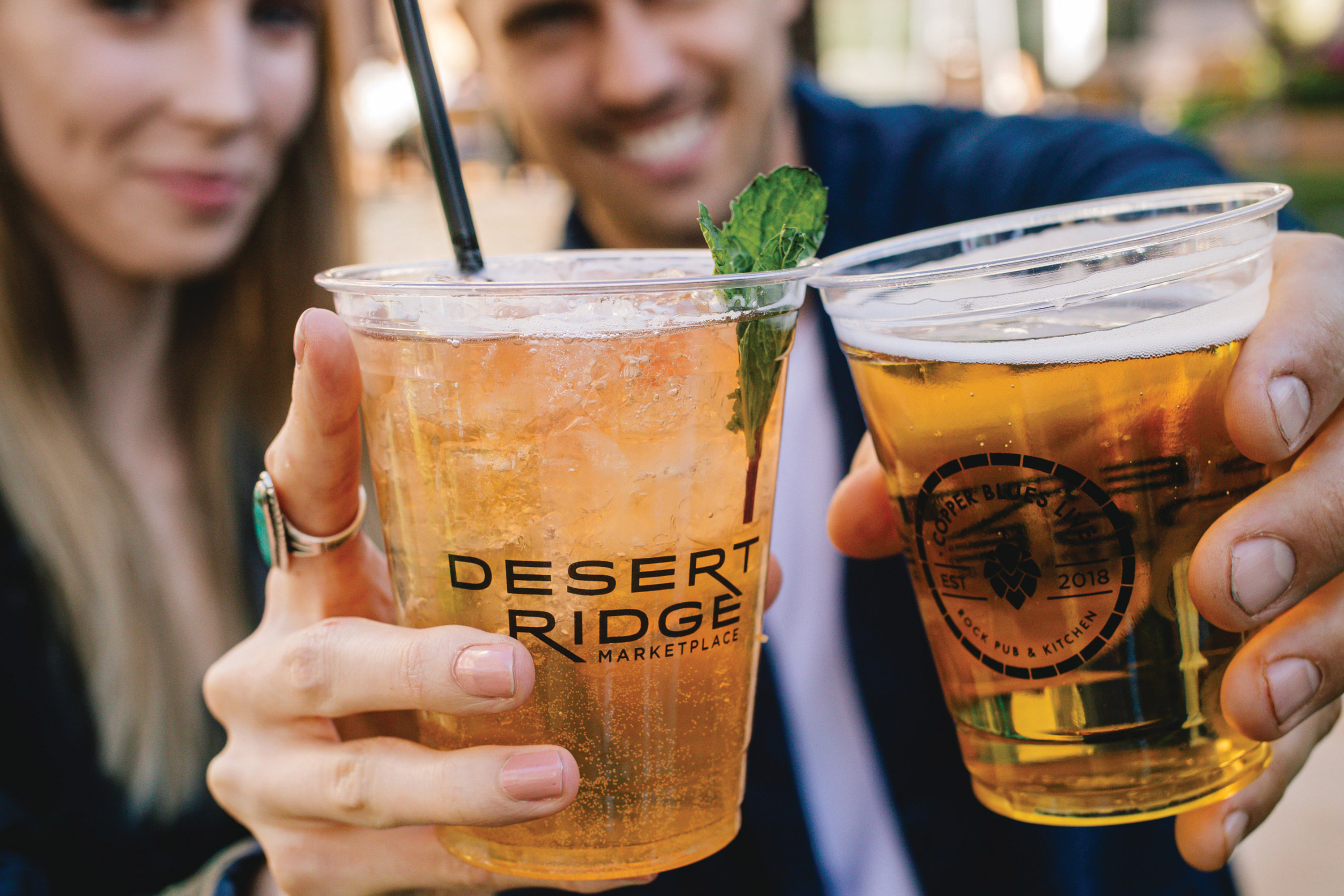 How are classic shopping centers supposed to survive and thrive in the age of Amazon Prime and Uber Eats? Recent Arizona liquor legislation is offering one potential answer.

HB 2281 allows patrons at participating shopping centers to walk around with alcoholic beverages in a designated area. In November, Desert Ridge Marketplace implemented a Sip & Stroll policy, becoming the first shopping plaza in Arizona to do so.

Sip & Stroll doesn’t mean Desert Ridge is slated to turn into a frat party. Customers can purchase beer, wine and cocktails from Copper Cantina and take their drinks around The District, a pedestrian common area. Drinks absolutely cannot go into stores, and other provisions include wristbands and special cups to verify which visitors have been ID-ed.

The liquor omnibus lets up to 10 shopping centers enact policies like this one, but there’s been little indication of other malls immediately following in Desert Ridge’s footsteps, save for Tempe Marketplace. The East Valley complex is also owned by Desert Ridge holder Vestar and has applied for a permit.

“This is the first legislation of its kind in the country,” he says. “We fully expect other states will follow once they see the success of this.”

He anticipates Sip & Stroll being a long-term victory because of its limited scope: one bar, one place to stroll.

“I do not see that opening the floodgates, of Camelback Road becoming the next Las Vegas Strip, where you can walk up and down with a cocktail,” Larcher says. “There’s no chance of that.”