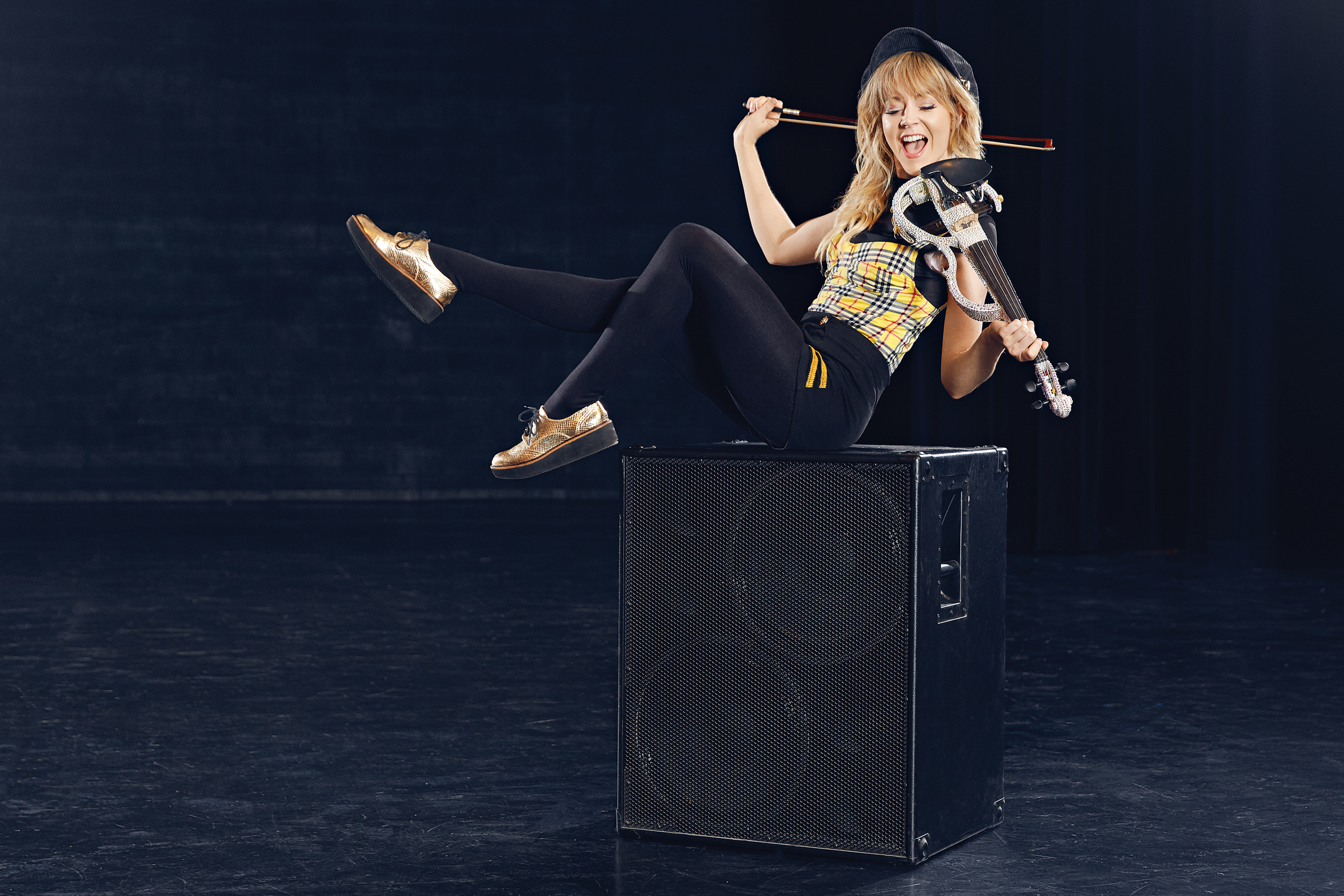 Known for her quirky style and funky dance steps, violinist Lindsey Stirling got the boot from America’s Got Talent in 2010 but went on to take YouTube by storm and fill concert halls across the globe. The pint-size package of energy picked up the violin bug at an early age, begging her parents for lessons as a precocious 6-year-old en route to earning first chair in the orchestra at Mesquite High School in Gilbert. Stirling really made the violin sing when she started to write her own music, combining the traditional instrument with a modern hip-hop flair that started with dubstep and has evolved into EDM. “I have too much respect for classical music to say I’m more than an average violinist. I’m a terrible sight-reader. I have dyslexia, so it’s hard for me to read words, let alone dots, but I’m grateful for that disability because it made me realize that I needed to find another route for my creativity,” she says. The violin-shredding rock star was in town recently to perform at her alma mater, promote her new album Artemis and enjoy a little home cooking.

Did you ever think about giving up after AGT?

That was hard and embarrassing, but life is kind and it gives you other chances. I had to decide “Do I believe them?” or “Do I trust my gut, get up off the bathroom floor, stop crying and get going?”

You went on a mission trip as a young girl. What did you learn from that experience?

I left the cornfields and dairy farms of Gilbert for New York City. It was exciting, but so hard. I was spit on and laughed at. When I got in the music industry and heard “No, no, no” that was nothing. I had a good foundation of faith, I was used to the rejection and it taught me to persevere.

Tell us about your new album.

I love that Artemis is the goddess of the moon and she brings light to darkness. I suffered severe anorexia and depression in college, and later the loss of my best friend and my father. The grief was so powerful and I had kind of come to accept that this was the new Lindsey – the rose-tinted version of Lindsey had died. But about the time I started to write this album, I felt myself fully come back. It wasn’t that the old Lindsey was gone, she was just covered in shadow like the moon. I think that’s a really powerful metaphor, that even in dark times in our life when we are going through grief or depression or whatever it is, we can still find hope. We can still find light, even amid the darkness.

What are your favorite haunts when you come home to Arizona?

Cafe Rio, JesterZ Improv and I love to hike Camelback Mountain. My mom makes the best homemade refried beans, and sometimes that’s all I want.

Back in high school, your friends would have voted you “Most likely to…?”

My class actually voted me “Most likely to be famous.” I wasn’t the most popular in school, but I did a lot, I was kind and I had good friends. I’m grateful that I learned early on that you don’t need a million friends, you just need best friends.