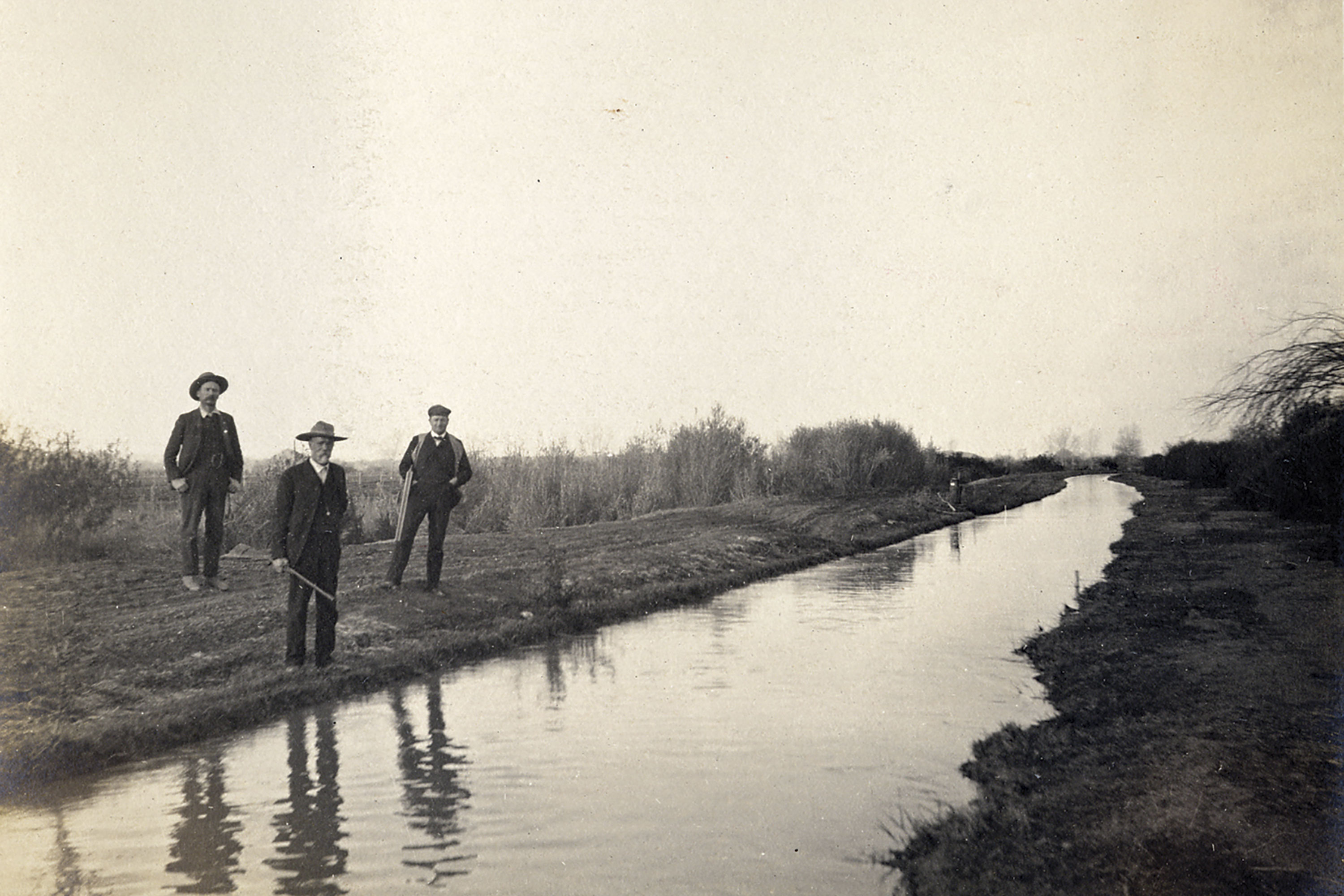 Men standing along one of Phoenix’s canals around the same time that the waterlogged corpse of U.S. agent Paul E. Reynolds was fished out of a cross canal in northwest Phoenix; Photo courtesy SRP

Ninety years after federal lawman Paul E. Reynolds was fished out of a Phoenix canal with a bullet hole in his heart, the FBI still refuses to say who killed him – officially, the only unsolved murder of a bureau agent in U.S. history.

Even before his waterlogged corpse washed up in a northwest Phoenix irrigation ditch – surrounded by miles and miles of farmland, as the year was 1929 – there was never any doubt who had killed U.S. agent Paul E. Reynolds. At least, not at first.

According to a headline splashed across the front page of the next morning’s The Arizona Republican newspaper, authorities suspected a “drug ring” in the slaying. Dispatched to Phoenix from the Bureau of Investigation’s (as the FBI was then known) field office in El Paso specifically to stamp out rampant smuggling during the height of Prohibition, Reynolds had been shot through the heart at close range before being dumped into the Arizona Canal.

Soon our young desert city (population 48,000 at the time) was swarming with G-men
chasing down rumors of murderous “night killers,” “rumrunners” and a “missing briefcase” (per the Republican) reportedly filled with arrest warrants for several of the Valley’s most infamous residents. The bureau’s 34-year-old director, J. Edgar Hoover, even sent his chief inspector from Washington, D.C., to personally oversee the investigation. It seemed certain the feds would quickly crack the case wide open.

But then… nothing. Slowly the story slid off the front pages, and eventually the FBI quietly packed up and left town. Today, Reynolds is memorialized in the bureau’s Wall of Honor, alongside the blandly factual epitaph, “A thorough and intensive investigation failed to shed any light on the mystery surrounding his death.” His is still the only unsolved killing of an FBI agent in U.S. history.

But what if that was the plan all along? What if the whole “murder” was just a cunning misdirection? And what if the FBI’s longest-running “open” investigation is just a sham? According to a couple of retired FBI agents, the feds figured out who killed Reynolds long ago, and then buried it.

But what if that was the plan all along? What if the whole “murder” was just a cunning misdirection? And what if the FBI’s longest-running “open” investigation is just a sham? According to a couple of retired FBI agents, the feds figured out who killed Reynolds long ago, and then buried it.

A minister’s son and a former Prohibition agent for the Bureau of Internal Revenue, Reynolds was a familiar face in town, according to The Arizona Republican. A fixture at the posh Hotel Adams in Downtown Phoenix, where he rented a room, Reynolds was described as, “popular with Phoenix [police] officers and an intimate of the wealthy and powerful.” 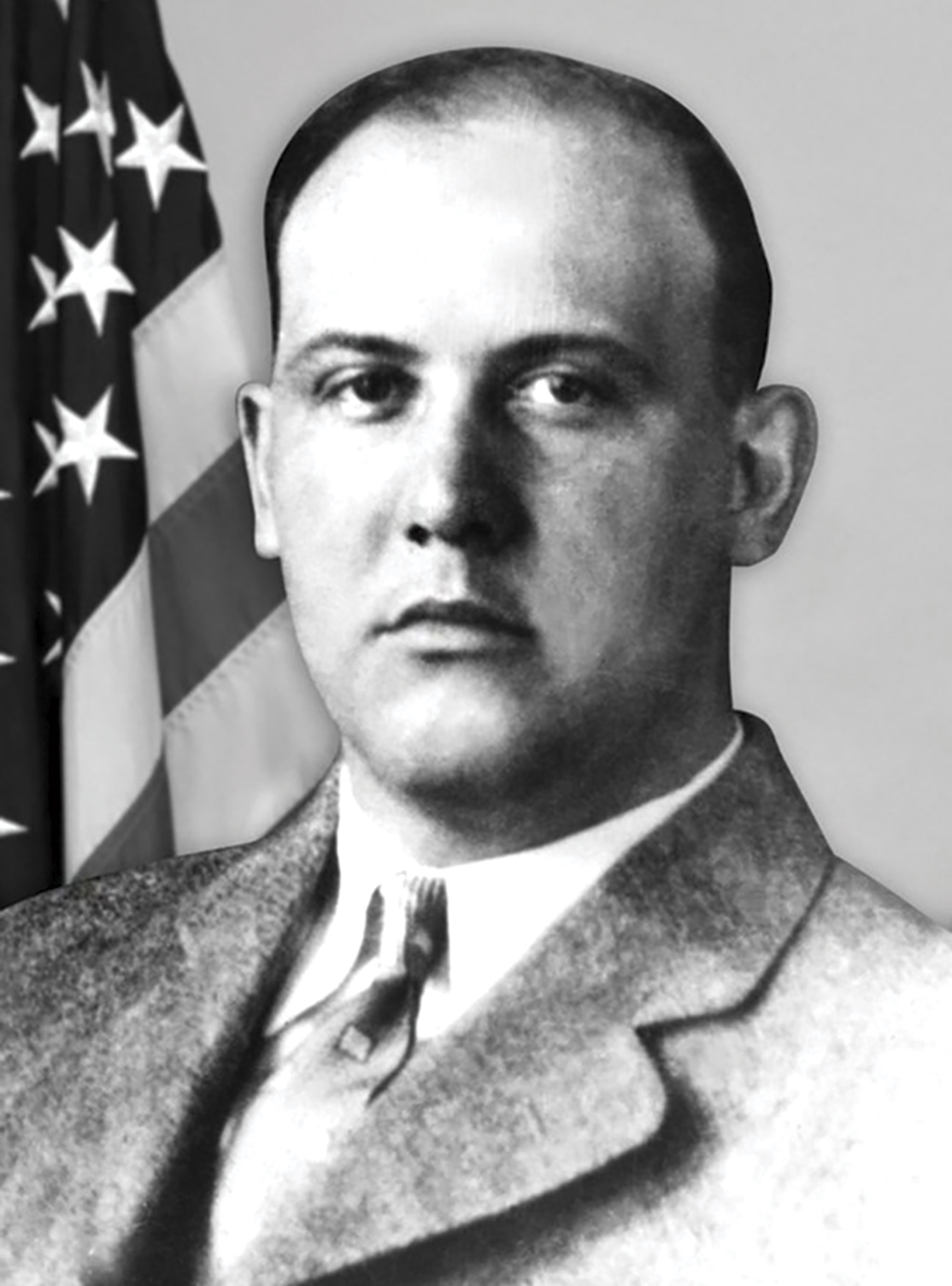 Which explains why, on a sweltering August evening in 1929, Reynolds, dressed in his ever-present three-piece suit, was last seen exiting the Arizona Drivurself garage in Downtown in a rented Chevrolet coupe. Headed “over to Glendale for a swim” at the country estate of a personal friend, as the Republican reported, the “always jocular” Reynolds told the attendant he’d be back in a couple of hours. Three days later, a canal worker crossing a footbridge near 75th Avenue and Thunderbird Road, “saw a grotesque figure being slowly carried toward him by the current, caught several times by eddies, and spinning around and around. Then he saw the arm of a man raised above the head and being gyrated about by the currents. Then a dark-colored coat came into view.”

Oddly, following a citywide search, a patrolman walking his midnight rounds found Reynolds’ car just around the corner from the rental garage, parked alongside the Hotel Adams. There were no signs of foul play inside or out, except for a suspicious stain on the car’s left rear fender, which turned out to be fruit juice. Investigators noted the strange lack of fingerprints on the steering wheel, like it had been wiped clean, as well as 27 unexplained miles on the car’s odometer.

Working from the theory that “Reynolds was forced from his rented machine and ‘taken for a ride,’” investigators told the Republican the evidence pointed to the agent being ambushed by a second car while driving down Central Avenue. They speculated the assailants hauled Reynolds out of his car, shot him and pushed him into the canal below, then drove Reynolds’ rental car back to the hotel, presumably while wearing gloves. 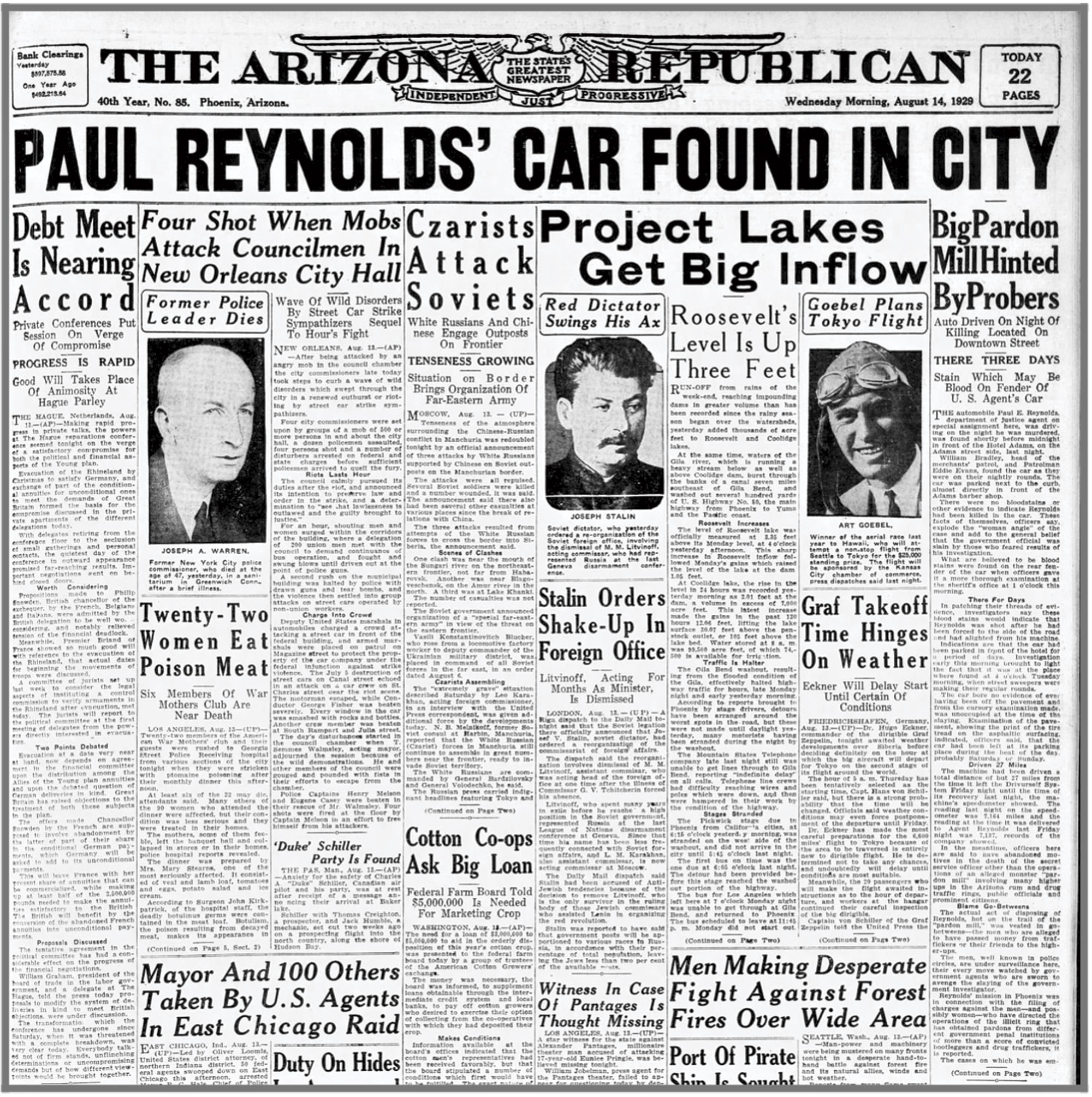 Strangely, that’s about all the authorities have ever publicly said about this case. To this day, the FBI refuses to release the results of its decades-long investigation (and, not surprisingly, did not respond to a request for a comment). But over the decades, the agency’s code of silence has started to crack bit by bit, starting after Hoover died in 1972. That’s when retired FBI agent Loyde E. Kingman dropped a bombshell – that FBI investigators had long since concluded that Reynolds had most likely committed suicide.

More recently, another retired FBI agent, Daniel A. Adams, successfully sued the Justice Department to receive access to the Reynolds investigation files, which the FBI had previously claimed were destroyed in a fire. According to an affidavit from the lawsuit, Hoover ordered the case swept under the rug to protect the squeaky-clean reputation of the fledgling Bureau of Investigations from the embarrassing revelations his investigators uncovered. Found to be a hard drinker and a serial skirt-chaser, Reynolds suffered from painful bouts of gonorrhea, and had recently bought a pricey life insurance policy. “After a thorough study of the evidence, agents concluded Reynolds had committed suicide but planned and executed it to look like murder so his wife could collect the $5,000 insurance policy,” Adams wrote.

But if Reynolds really did shoot himself on the Central Avenue bridge before collapsing into the waters of the Arizona Canal, how did he get his car back Downtown?

There’s something intriguing in The Arizona Republican’s account of the day Reynolds went missing. “Early Friday night he was sitting in the Hotel Adams lobby, carefully studying a mass of papers and making notes with a pencil,” the paper reported in 1929. Just below the article is an advertisement for a bus service. Departing every quarter to the hour, the “Central Ave. bus” ran round trip from the Hotel Adams to the Arizona Canal.

Tragically, the Paul Reynolds case was not the only killing of a federal investigative agent here in Phoenix. On October 5, 1985, Robin L. Ahrens became the first female agent killed in the line of duty – shot by fellow FBI agents during the arrest of an armored car robber in West Phoenix. An investigation revealed that a gun was fired during the initial struggle with the suspect, and Ahrens, part of a backup team, charged forward with her pistol drawn to help subdue the bad guy. In the confusion, two other agents mistook Ahrens for the girlfriend of the suspect and “were near panic and exhibited faulty and atrocious judgment when they fatally shot Ahrens,” according to the official internal report. The Phoenix FBI field office building is dedicated in her memory. 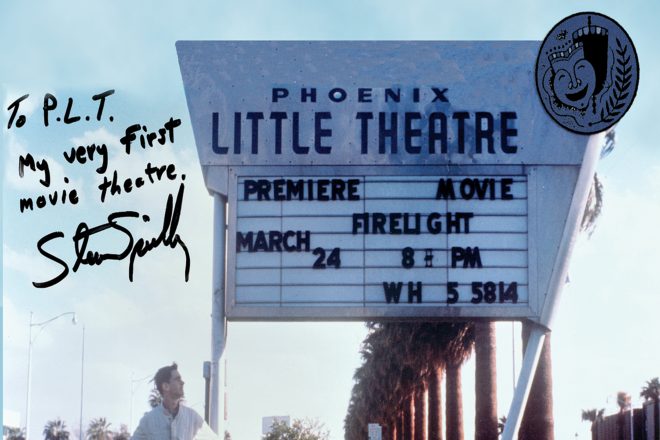 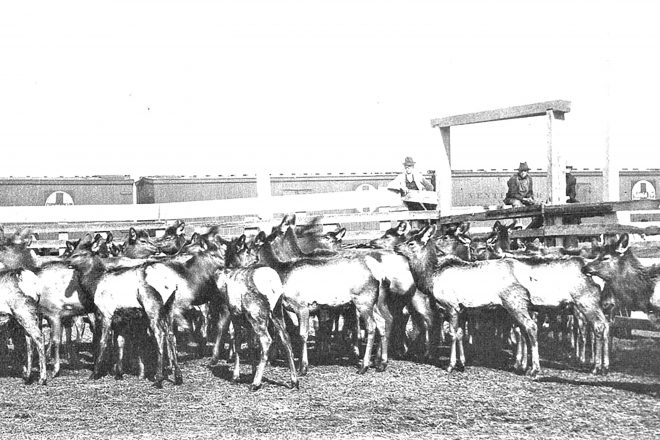