Amazon’s Ring app and partnership with police departments have some wondering if Big Brother is on our doorsteps.

In the dimly lit black-and-white photo, the boy looks all of 10 or 11 years old, black, and a little scared. His left arm is outstretched, presumably reaching for the home’s front doorbell – the device that ultimately snapped his photo.

Decades ago, he’d be dismissed as just another middle schooler playing “ding-dong ditch” – pure Beavis and Butt-Head shenanigans. But in 2019, the boy’s photo is snapped by a Ring doorbell equipped with a motion-detecting camera, uploaded on a smartphone to the “neighborhood watch” app Neighbors – and now, shared with local police. 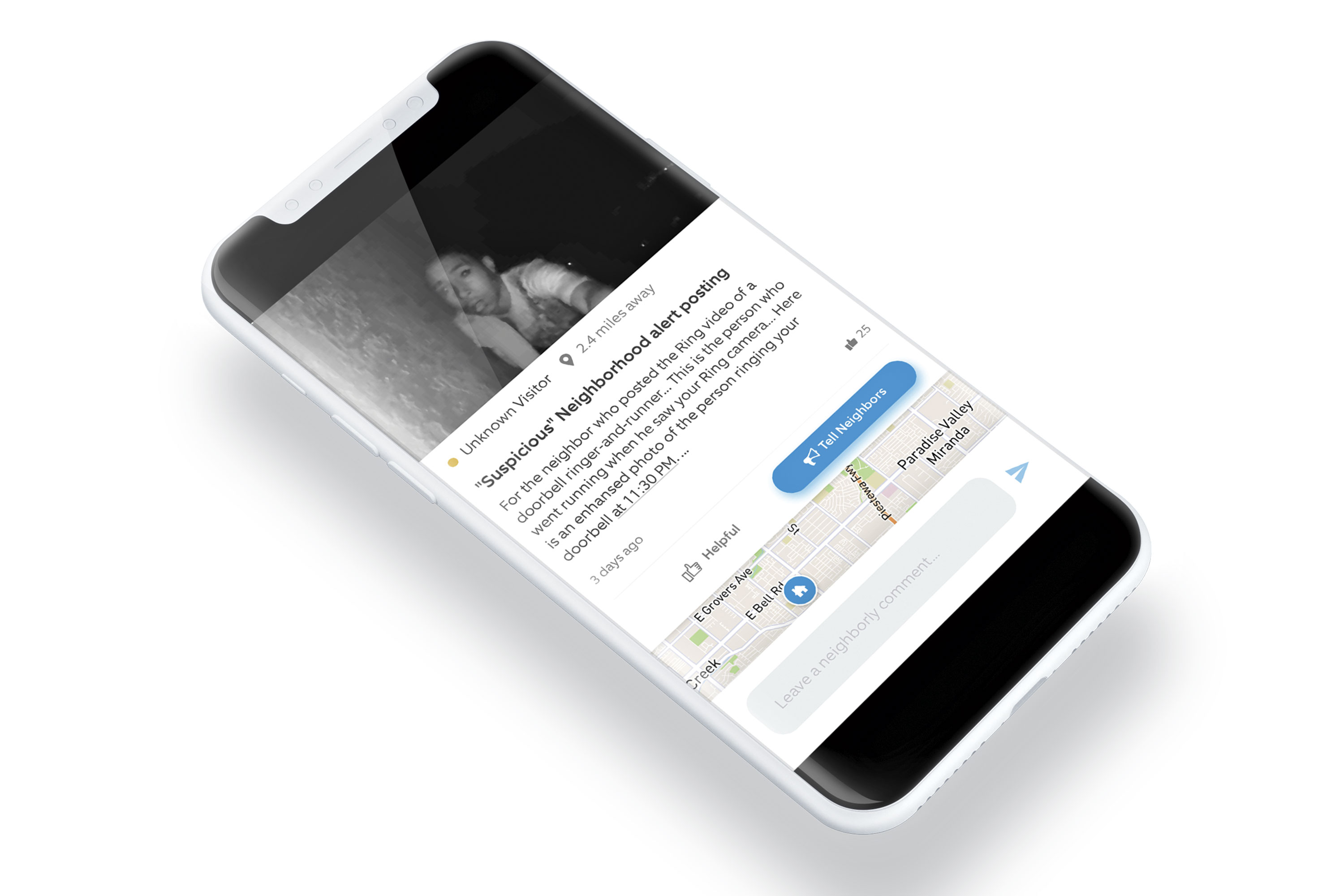 Since Amazon acquired Ring in 2018, the company has partnered with more than 400 police forces nationwide, including all 12 PDs around metro Phoenix, allowing cops to monitor Neighbors posts and map Ring cameras in a given area, then request access to videos from users for a certain timeframe.

“We do not have live access to cameras through the app,” clarifies Phoenix police spokesperson Sergeant Vince Lewis. “But our investigators have used the app to reach out for information on specific crimes.”

The arrangement has sparked privacy concerns. Advocacy groups have charged Amazon of using the tech to build a “privately run, for-profit surveillance state” for police – an Orwellian eye in your doorbell. But to cops, who see lots of racially tinged “suspicious visitor” posts on Neighbors and general community distrust, it’s closer to seeing hundreds of amateurs playing detective – more Chief Wiggum than Big Brother.

“We caution users against erroneously accusing others of crimes,” Lewis says. “These types of threats take on a life of their own.”

The anonymous comments under the ding-dong ditch kid photo illustrate such escalation, ranging from good-humored (“LOL this kid!”) to a bit darker. “Good picture. Let’s find this kid,” comments Neighbor20. “Cops should recognize him,” adds Neighbor28. “They know all the dirtbags.”