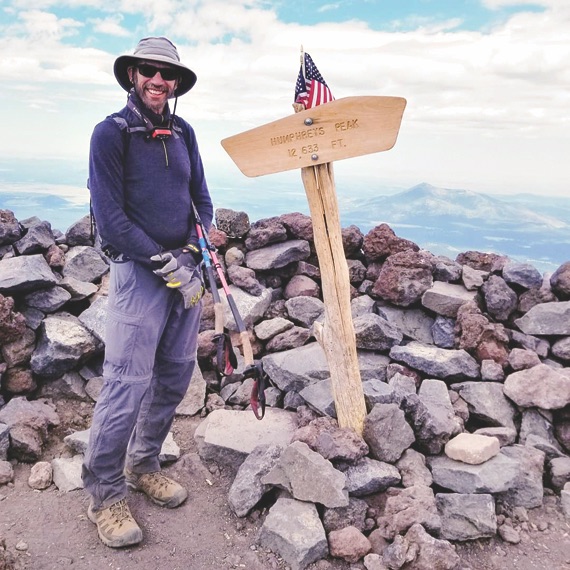 “My family and friends knew that this was a rehab goal,” the retired earthmoving operations supervisor says. “Even though the radiation treatment lasted for six weeks, the two weeks after the treatment ended were the worst ones. And then, with months and months of side effects, it took me a year to put my weight back to normal.”

While recovering, Roer stayed mentally in the game by following Arizona Trail trekkers in a social media hiking group. “Those were tough times for me, but with the help of family and friends, I recovered 100 percent,” Roer says. “To get my strength back I’d do country dancing, which is where my trail name came from: Two Step.”

By June 2018, Roer felt well enough to begin his journey on a segment of Arizona Trail Passage 12 near Tucson. “That morning, I was chatting with a Forest Service volunteer. We were standing and talking at a junction of several trails and as I started walking off, he politely pointed out that the AZT was the one that went up the hill, so my first step was actually in the wrong direction.”

Roer finished his multisegment trek on June 4, 2019, on Passage 34 in Flagstaff, but decided to continue with a celebratory hike with friends and supporters up Humphreys Peak. It was a tough but successful climb.

“I spent an hour or so on top enjoying the view,” Roer says. “My friends finished much earlier than I did, and I figured they had all already gone home. When I came down I saw them at the trailhead [where they had] set up a tunnel – like they do for the kids at the soccer games – for me to run through. The beer at the end was the coldest one I’ve ever had. It was so cold it hurt, but in a good way.” 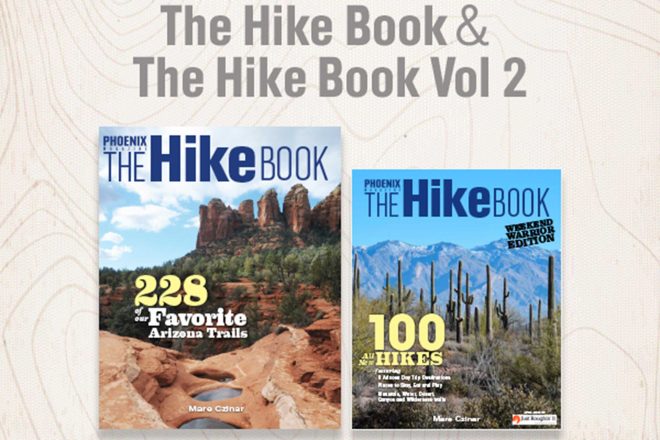 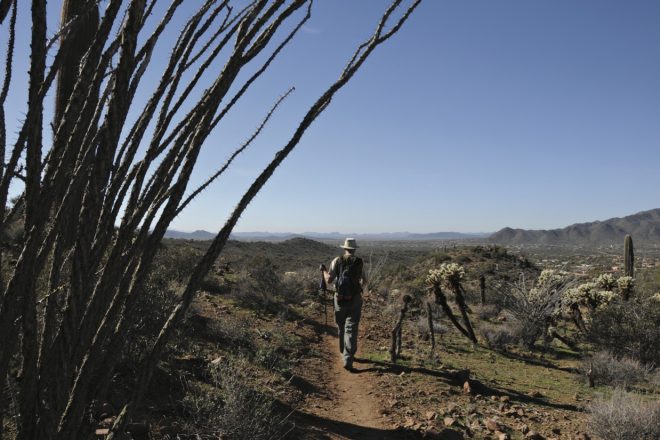 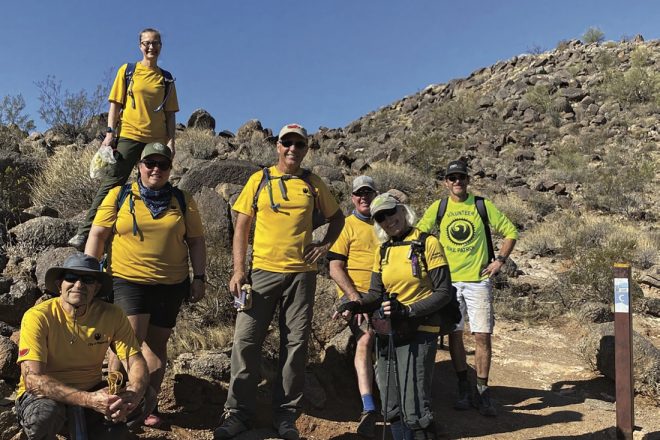