Chandler is having a moment as a slew of new developments unfolds throughout the city.

Is Chandler getting the Gilbert treatment? Over the past few years, the East Valley city has experienced an unprecedented cultural and economic boom, from new restaurants and multifamily housing in the downtown area to the rapid growth of the chichi Ocotillo neighborhood.

“Chandler has been really purposeful and focused on creating an urban experience in truly what has, historically, been a suburban city. There’s nothing wrong with what it’s been, but I think all along they’ve known that this is the evolution,” says Denny Barney, president and CEO of PHX East Valley Partnership, a regional coalition of business and community members. “Three decades ago, you had leadership that said, ‘Hey, we need to start to prepare now to lay the groundwork for something in the future.’” 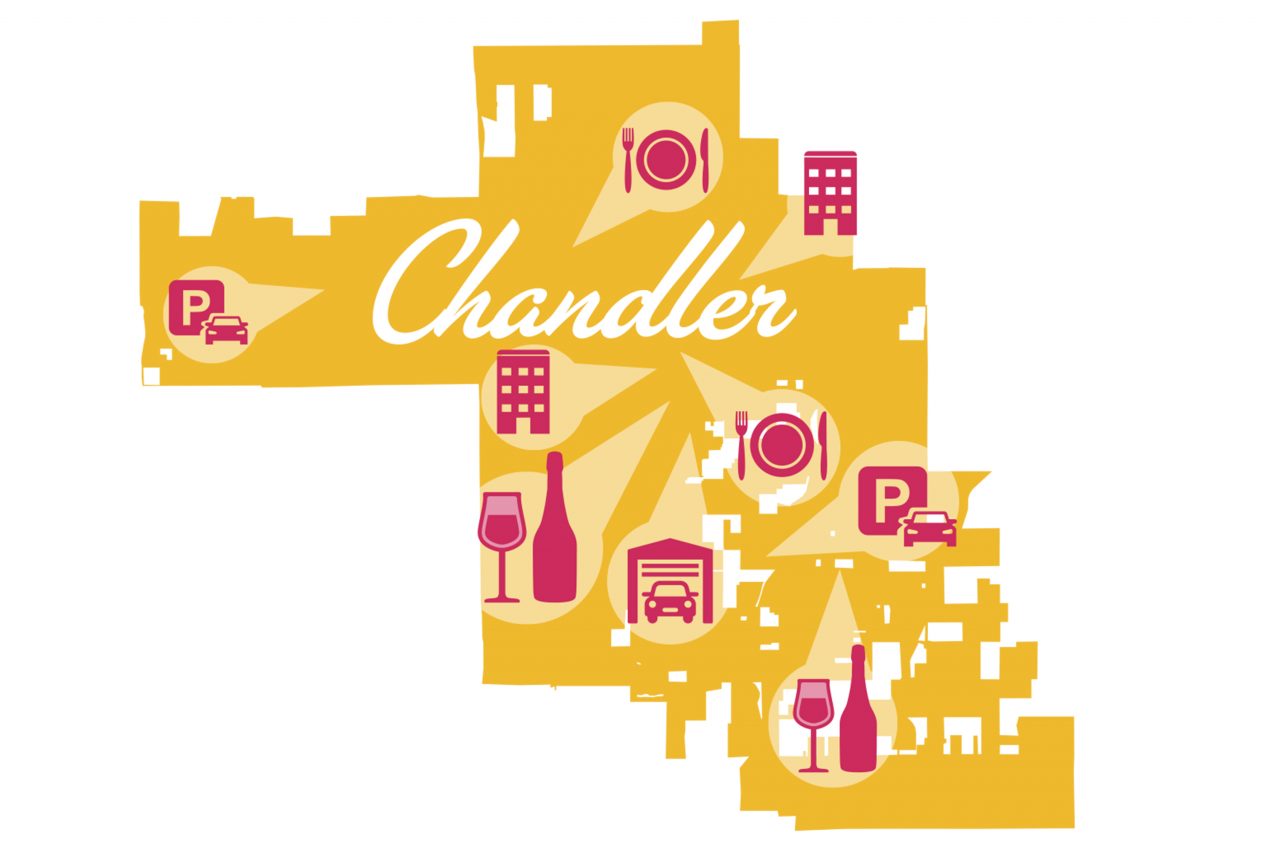 When the Great Recession hit in 2008, development was put on hold. “About five years ago, we started resurrecting these projects… and really started building our downtown,” says Chandler cultural development director Kim Moyers. New apartments, parking garages, restaurants/bars (The Hidden House, Mingle + Graze, The Sleepy Whale and The Brickyard Downtown, to name a few), Arizona’s first Flix Brewhouse and a hotel have sprung up, and Chandler as a whole is about 88 percent built out.

“It’s really kind of moving Chandler from a suburban downtown to more of an urban, 18-hour community,” Moyers says. Translation: big-city amenities without the round-the-clock annoyances of a 24-hour city like New York or Chicago. “The community has really embraced it. We have seen numbers that we haven’t seen before. The restaurants have been – even during the construction – pleased with many of their numbers.”

Restaurateur Julian Wright bought the old Vintage 95 Wine Lounge building a couple of years ago and turned it into Las Palmas Cantina, which this month is morphing into Chandler Yacht Club, a nautical/tiki-themed neighborhood bar. “Chandler is the right economic environment, especially for food and beverage,” he says. “The more restaurants and bars that are clustered together, the more foot traffic it generates, and I think the building that we’re in, at 95 W. Boston [St.], is just an absolutely ideal location.”

Construction downtown should wrap up by 2021, but Moyers says developers are now eyeing “downtown south” after a recent city project revitalized Arizona Avenue from Pecos to Frye roads. “We’re not finished yet,” she says. “I’m excited to see where Chandler will be in the next few years.”