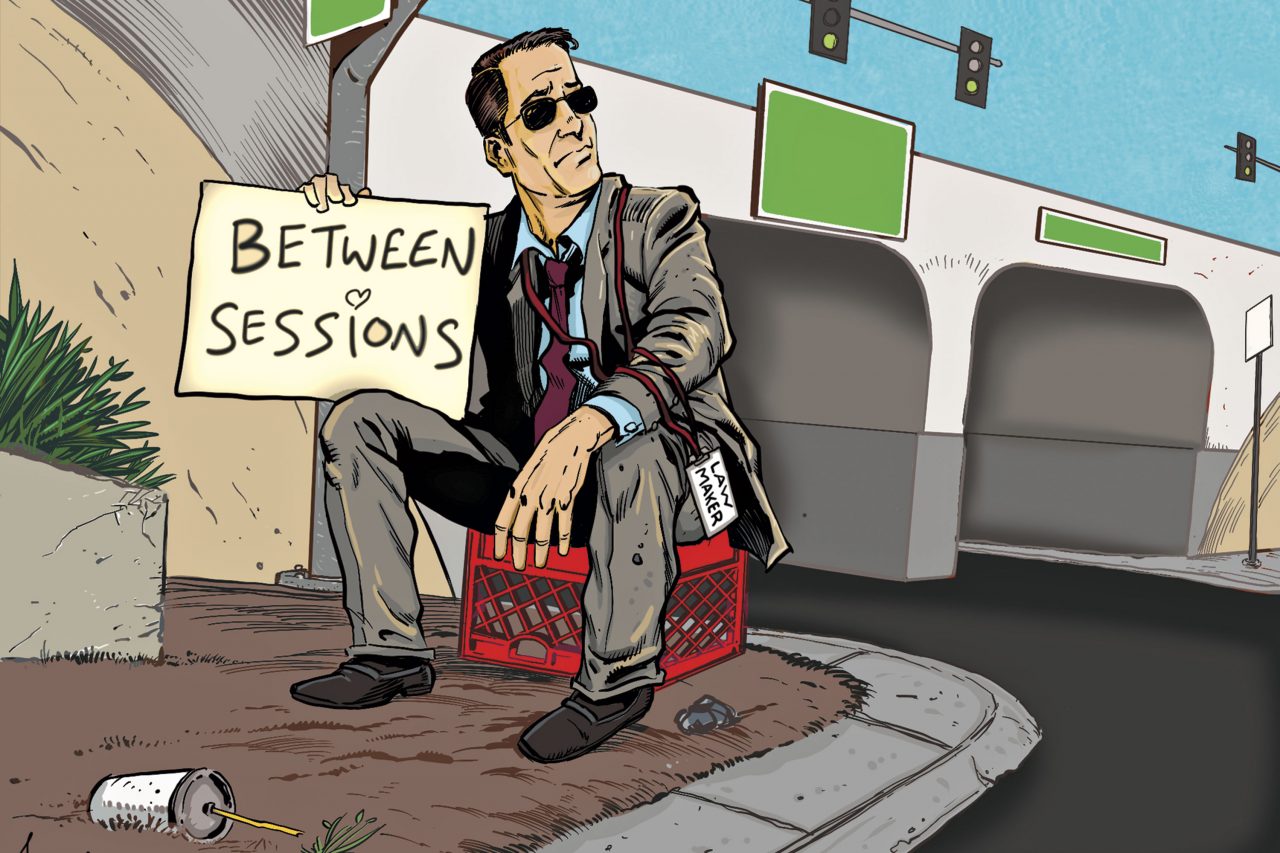 Considering a run for the Arizona Legislature? Prepare to be paid like a lifeguard.

Like many Arizonans, I spent several days in the spring of 2018 in front of the television, watching red pour over the state Capitol as public school teachers marched for better treatment.

I couldn’t sit still. It was so exciting, so promising. And, given our state’s history, so totally doomed.

“If only there was a way to harness all this energy,” I kept thinking, “to use this moment in time to really make a difference. Someone’s got to do something – quick.”

Then I had an epiphany. It wasn’t enough for these teachers to stand on the Capitol mall. They needed to be inside, making the laws. “I’m a freaking genius,” I thought as I reached for my phone, scrolling frantically to find the number for a friend who works in the upper echelons of Arizona politics.

“CALL ME!” I texted. She called, and was kind enough to not laugh out loud when I told her my idea.

“Stick a teacher in each legislative race,” I said. “It’s a little late in the season, but not too late. You won’t win every seat, but you’ll get some in – a bunch, I bet. Look how good these people are at organizing. And imagine what a math teacher can do with the state budget.”

“Amy,” she said. “These teachers can’t run for office. They’d have to quit their jobs to serve in the Legislature. And they can’t afford to.”

I felt so dumb. Of course they can’t afford to. Arizona’s legislative session starts in January and often ends as late as June. It’s impossible to be a teacher and a legislator at the same time.

And there’s pretty much only one white-collar profession in Arizona that pays less than teacher: state legislator.

Arizona lawmakers make $24,000 a year, plus a per diem that varies depending on their proximity to the Capitol. The last time they got a raise was 1998. A raise has to be proposed by a state salary commission, then go to a vote of the people – and the people have a tendency to reject such raises. Alternately, the Legislature can vote itself a per diem increase, an end run some members tried in the last days of this year’s session.

The governor vetoed the bill, but promised to try to find a fix next year. We’ll see.

Ostensibly, the concept of a part-time Legislature is designed to create a body that reflects the citizenry of the state. But it’s had the opposite effect. The reality: You either need to be independently wealthy or willing to be poor to serve in the Arizona House or Senate. And that hardly mirrors our workaday population.

How many employers do you know of that are willing to basically release their employees from work for more than half a year, each year? Right. And there’s a rich history in the Arizona Legislature of some pretty ugly conflicts of interest.

I was surprised to learn that Arizona is not at the bottom nationally when it comes to legislative pay. We’re in the middle. Legislators in New Mexico don’t get paid at all, except for a per diem. California lawmakers get $100,000 a year. But the people I spoke to for this piece – current and former lawmakers, journalists, legislative staff, political consultants, members of the business community – acknowledged that Arizona is at the bottom for pay if you consider how much work our legislators put in.

“If you want to do the job well, it’s a full-time job,” says Chad Campbell, a Phoenix political consultant who served in the Legislature from 2006 to 2014, the last four years as the House minority leader.

“Even though you’re only in session four to five months out of the year, it’s become a full-time job. And it’s been that way for a while, particularly if you are in leadership,” he says. “You’re going to have to put your life on hold, and then the other seven months you’re still going to have to work and you’re going to campaign and have constituent meetings.”

In that regard, the job of lawmaker and teacher have a lot in common. All the best teachers I know spend their summers in meetings, attending conferences and otherwise enriching their knowledge. They also work more than full-time hours when they are in the classroom. Ditto for legislators, who literally work through the night during the regular session – and can hardly afford to ignore the gig during the rest of the year.

In my conversations, I heard of lawmakers who lost their jobs once they were elected, of one who lives in a motorhome when the Legislature is in session, of another who is considering filing for bankruptcy.

“I’m not a believer in full-time legislators,” one longtime political observer tells me. “Too much downtime to get into mischief.”

I’m willing to take that chance.