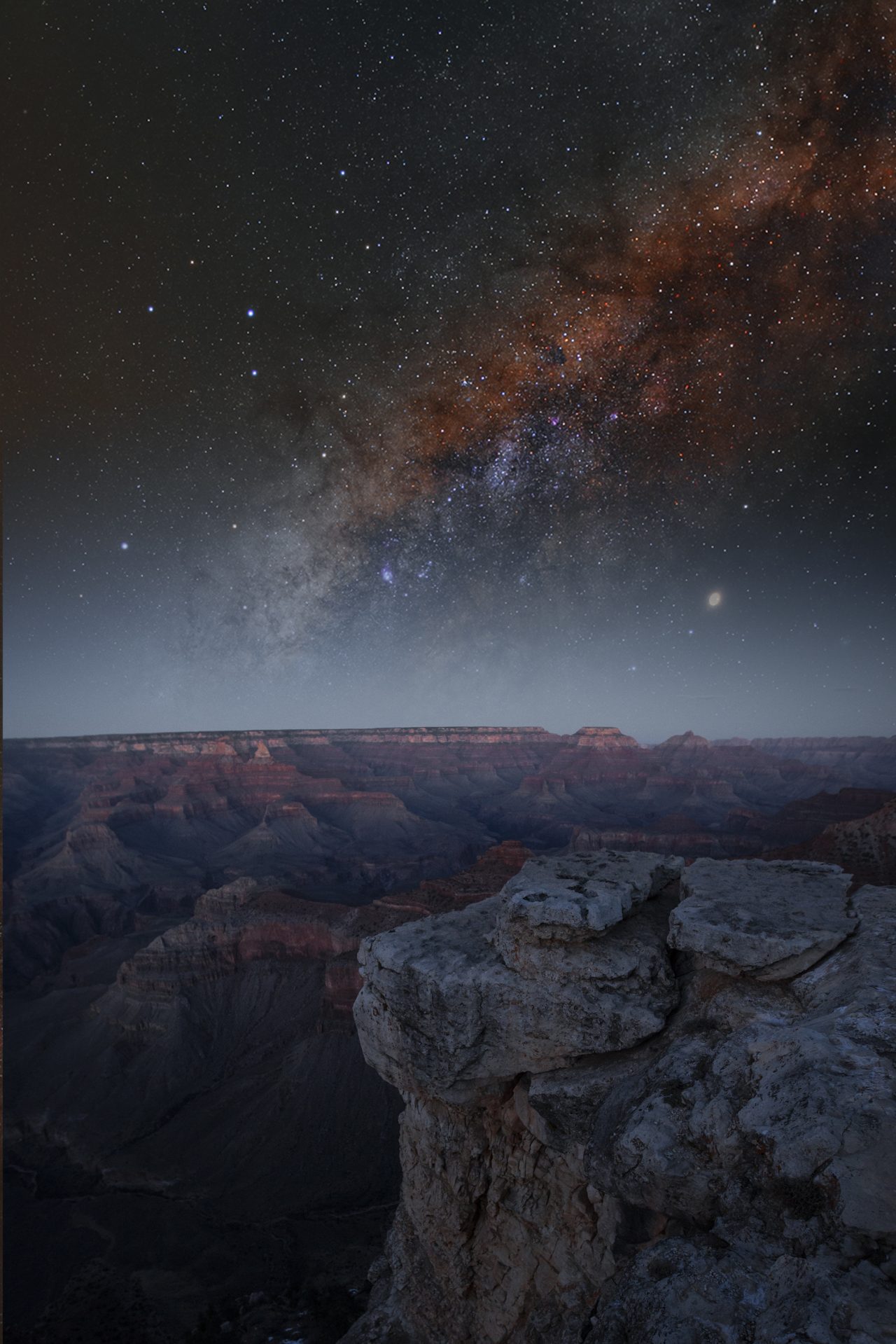 The Grand Canyon received its International Dark Sky Park certification in June, just months after celebrating its 100th year as a national park. With 15 other Dark Sky Places throughout the state, Arizona boasts more dark-sky communities, parks and places than anywhere else in the country.

Defined by the International Dark Sky Association (IDA) as land with “exceptional quality of starry nights and a nocturnal environment that is specifically protected for its scientific, natural, educational, cultural heritage and/or public enjoyment,” Grand Canyon National Park’s prime weather, mountainous terrain and steadfast conservation efforts make it an awe-inspiring space after dark, devoid of light pollution and perfect for stargazing.

And though the Grand Canyon isn’t the largest Dark Sky Park – Death Valley is the victor in that category – it does have the most outdoor lighting fixtures of any approved Dark Sky Park, according to Adam Dalton, the International Dark Sky Association’s Dark Sky Places Program Manager.

In order to be achieve Dark Sky designation, a park must adopt an Outdoor Lighting Management Plan (LMP) which meets or exceeds the relevant IDA Guideline set, conduct at least four outreach events a year which focus on light pollution and dark sky preservation, and allow nighttime public access. At least 67 percent of the Park’s outdoor lights must comply with the adopted LMP at the time of the application.

Dalton says a Dark Sky certification recognizes places that go above and beyond to preserve the park after dark. As the most visited tourist attraction in Arizona, the Grand Canyon’s Dark Sky designation will undoubtedly expose countless people to issues like light pollution.

The Grand Canyon’s certification journey began in 2016, when the park was given Provisional International Dark Sky status. This gave the park three years to retrofit 67 percent of its light fixtures to be dark-sky compliant. At the time, only 35 percent of the park’s 5,000 exterior light fixtures met the guidelines. Funding for this pioneering project came almost exclusively from Grand Canyon Conservancy, the Grand Canyon’s official nonprofit partner. The process was long but rewarding, Dalton says.

“The most exciting thing for me personally has been my ability to work with so many passionate people and see the incredible transformation that has taken place,” he says. “Without the incredible efforts of countless individuals and organizations, this certification could not be achieved.”

Though the Grand Canyon is breathtaking during the day, Dalton says its after-dark allure is unmatched.

“There’s few things in the world I’ve experienced which are more stunning than seeing the Milky Way stretch across the entire sky above the Grand Canyon,” Dalton says. “It’s truly indescribable and is an experience everyone should have at least once, in my opinion.”