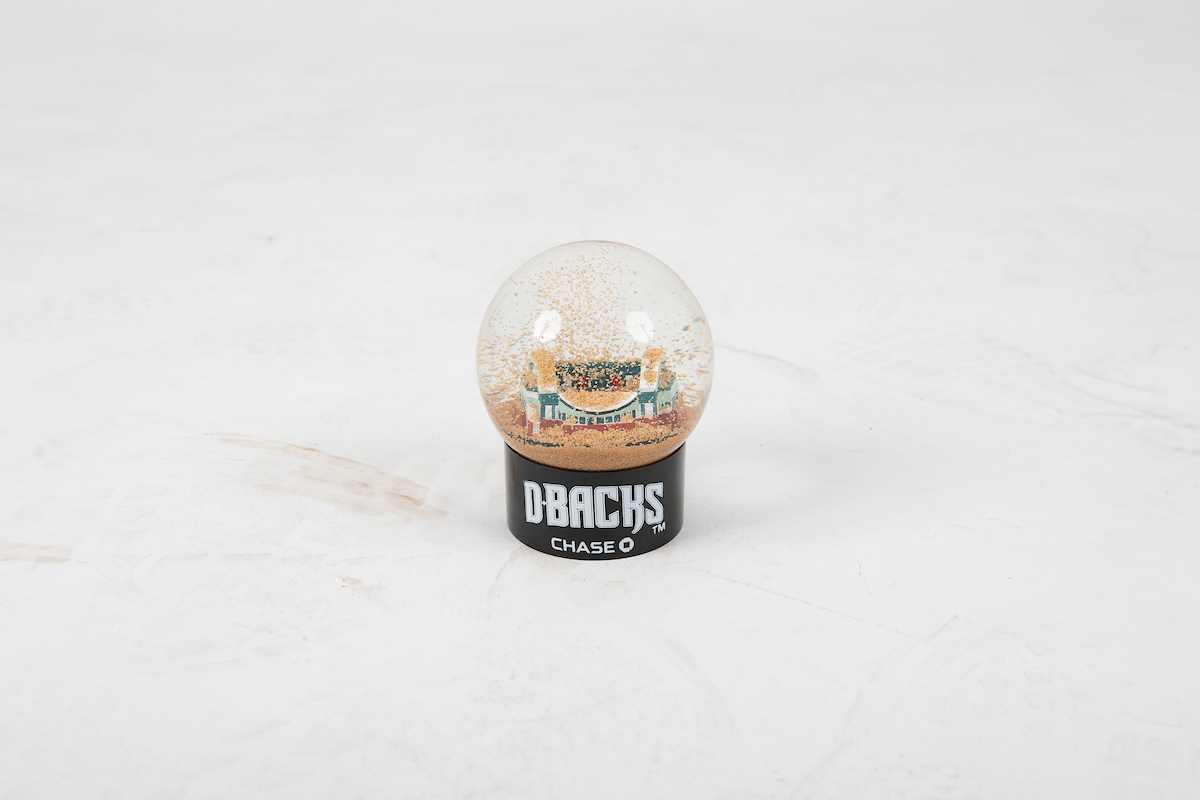 Summers in the Valley are, to put it gently, different from summers in other parts of the country. While others are busy lying on a beach, we struggle to unpeel ourselves from the couch of an air-conditioned living room. While they’re camping in the great outdoors, we’re reluctant to go outside altogether. And, while they might find a dip in a swimming pool refreshing, we’re lucky to find a pool that isn’t bathtub-warm yet.

Phoenix does have one pool, though, that’s indoors and air-conditioned for most of the season: just over the right-field wall at Chase Field, home of the Diamondbacks. With summers as unique as ours, it’s only natural that The Summer Game is different here, too.

Of course, summer isn’t complete without the weirdness we experience at the end: the thunder, the lightning, the wind, the rain. And who can forget when the city and all its beautiful buildings get enveloped in dust? Obviously, it needs to be commemorated with this Chase Field “Haboob Globe,” 20,000 of which will be given away when the Diamondbacks take on the Washington Nationals on August 3.

Here are some other giveaways—past and present—that make the trek downtown to the ballgame just a bit more worth it.

Given out on Hispanic Heritage Day, this colorful guy stands out on even the most seasoned collector’s shelf.

Dads got to look even more dad-like on Father’s Day, 2018, with this overwhelmingly Arizona button-down:

But, this year, moms got the better deal, via this much more fashionable charm necklace:

Basic bobbleheads are so last year. Someone ought to guard your backyard while it’s too hot for you to venture outside, and it might as well be right-handed pitcher Archie Bradley. These were handed out on April 13.

For better or for worse, the 2001 World Series remains the defining moment of the Diamondbacks franchise. And the image burned into the minds of many from that night remains what Luis Gonzalez described to the blog AZ Snake Pit as “a sea of white pom-poms.”

That moment may never be topped, but, summer after summer, haboob after haboob, Phoenicians keep showing up to root for the home team. Perhaps the giveaways and the air conditioning make the losses a little easier — and the wins a little sweeter.