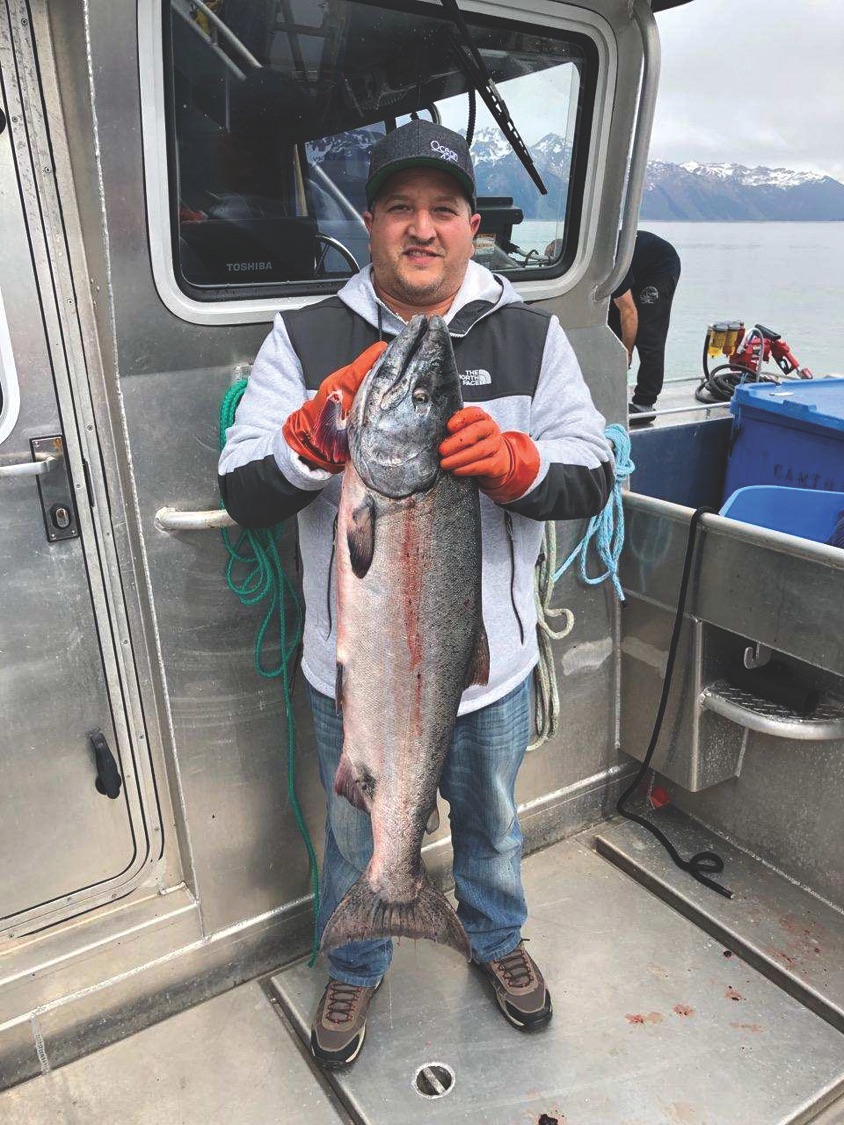 Sometimes things don’t go as planned. Ocean 44 executive chef Marc Lupino flew to the remote fishing village of Cordova, Alaska, to take part in the “first fish” of the Copper River salmon season. Chefs fly out yearly to “take some glamour photos of them with a fish in their hand, they’ll bring it back and act like they caught it,” Lupino says. “That’s what it was supposed to be.” Instead, he found himself on a hard-core commercial fishing boat.

Reluctant Fisherman
While eating freshly caught halibut fish and chips at the town’s lone restaurant – which pulls quadruple duty as its lone hotel, bar and market – Lupino got word that his scheduled fishing boat fell through. Luckily, a commercial fisherman at the bar offered to take him out. “He said, ‘You pay me $100 and you work,’” Lupino says. “I was like, ‘Deal.’”
reluctantfisherman.com

Fishing
Lupino met the fisherman, a Vietnamese immigrant named Tai, at the docks at 3 a.m. and didn’t get back until 11 p.m. They caught “a bunch of sockeye and a bunch of kings,” and Tai treated Lupino like the rest of the crew. “I’m thinking, ‘Wow, this is a role reversal.’ I’m used to yelling at everybody else!”

Dinner at Ocean 44
The next day, Lupino flew his catch back to Phoenix. He butchered a 30-pound king salmon and cooked it simply – fish rub, wine, butter – in Ocean 44’s display kitchen. “My god, it tasted so good,” Lupino says. He’s now using Tai as a supplier and was invited to join him in next year’s first fish. “You can go for free this time,” Tai told him.