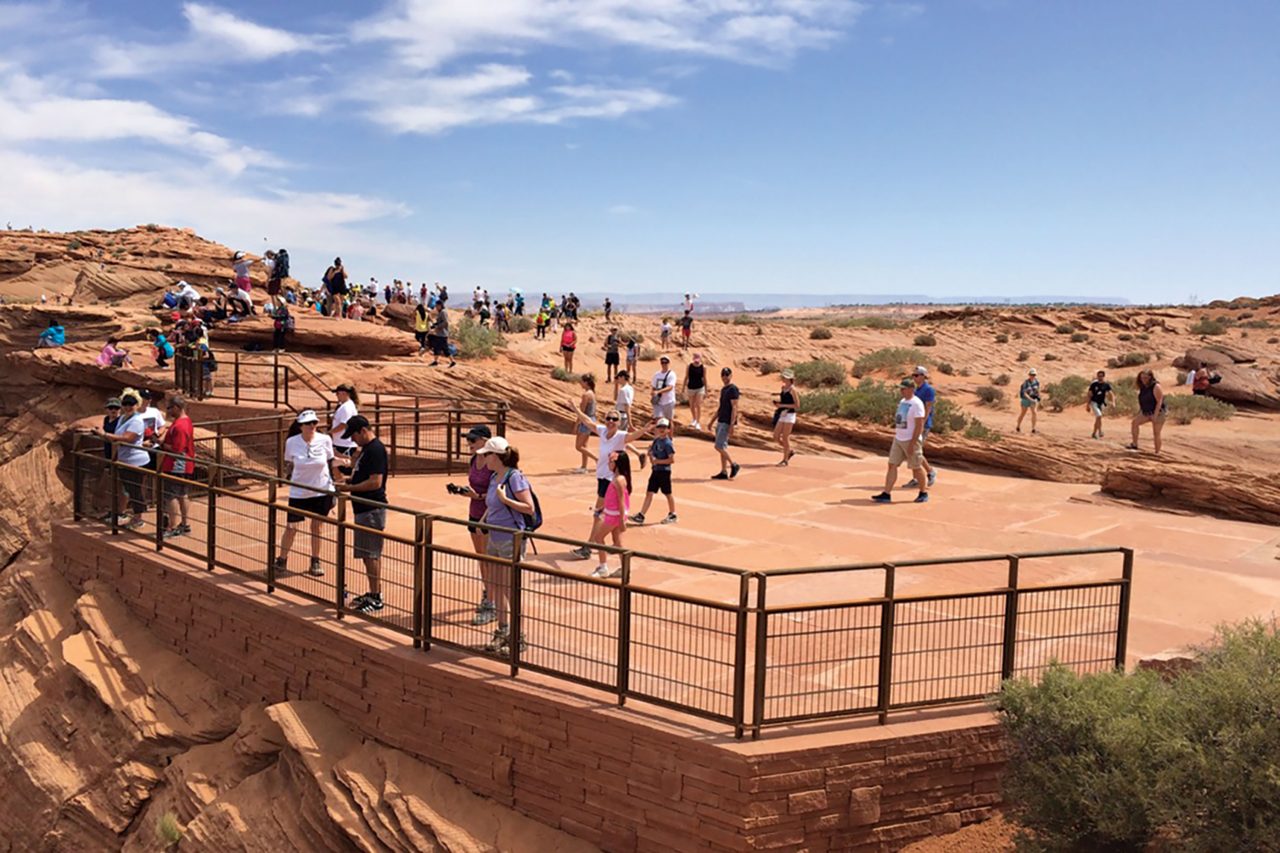 Horseshoe Bend is one of many Arizona tourist attractions changing its protocols after “going viral” on social media.

Horseshoe Bend is a hashtag case study. The much-photographed overlook, where the Colorado River makes an impressive U-turn near Page, is seeing a crush of visitors thanks to its status as a social media darling. The sunsets. The feet dangling over a precarious cliff. The enormity of the canyon. It’s all been photographed, posted and hashtagged more than 427,000 times on Instagram by the 2 million yearly visitors who decide to pull off the road to see it, according to the National Park Service.

That kind of traffic, to a once-sleepy area, requires change to support the experience and to bolster safety, a real concern in light of recent accidental deaths at Horseshoe Bend, Grand Canyon National Park and Yosemite National Park.

“Social media has caused this place to explode,” Shott says. “We want to preserve it. And that’s what we plan to do.”

The dusty, unmarked lot that once greeted visitors has been replaced with a paved parking area and a pair of booths erected to collect $10 parking fees from each car. The sandy, uphill trail that used to lead to the overlook has been transformed into a winding trail along a hard surface at a more accessible grade, making it easier to navigate. Shade structures have been installed and a designated viewing platform, with a protective railing, has been put in place.

All of the changes are coming to an area that was once known by locals as a quaint but stunning perch for an afternoon picnic, a place that allowed them to take a moment and connect with the extraordinary landscape around them. It begs the question of whether those authentic moments have been traded for a need to fill a virtual passport.

Despite the changes, visitors are still able to get their photos for the ’gram.

“If they feel obligated to sit on that edge [of the cliff] and put their feet over it, they’re able to,” Shott says, noting that his team doesn’t recommend it and encourages visitors to use the protective platform. “There’s definitely a desire to keep it as natural as possible. I don’t think anyone anticipated how popular this place would get.”

Arizona has no shortage of Instagrammable spots, beloved for their beauty and exclusivity. Some of the most popular, by Instagram mentions (at press time): 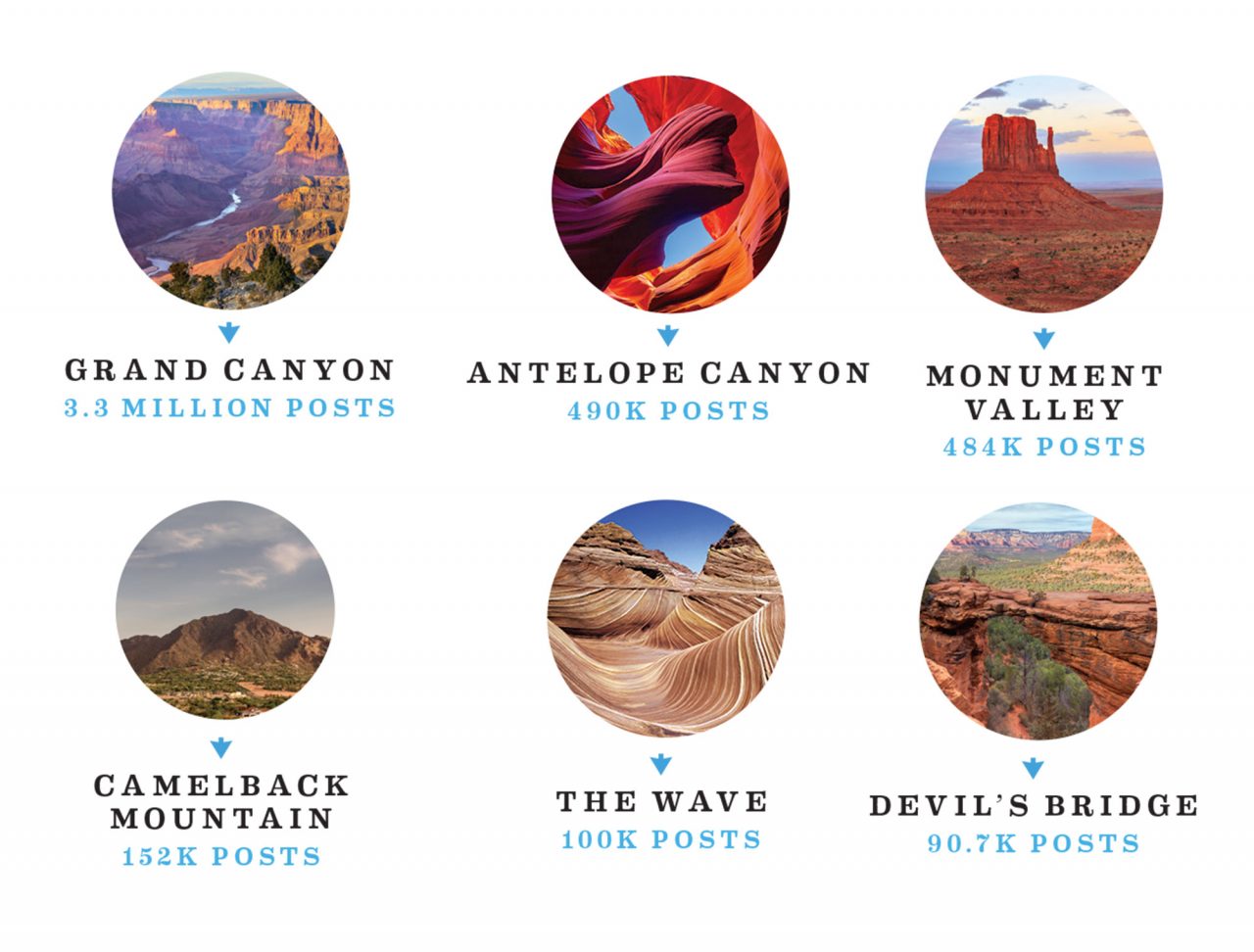