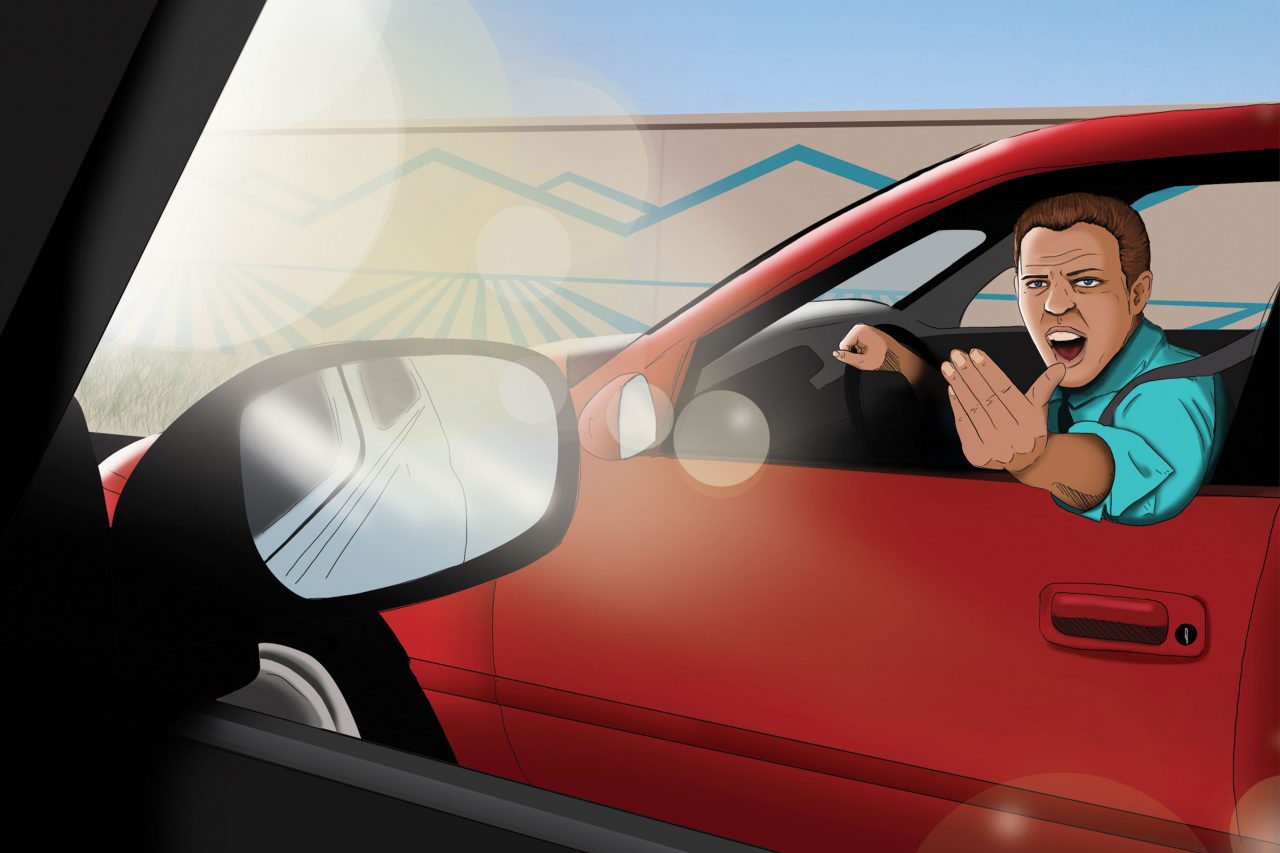 The Phoenix Police Department has already documented nearly 200 cases of road rage in 2019. What’s being done to curb violence on the Valley’s roads?

The fatal shooting of 10-year-old Summer Bell Brown in a Phoenix road rage incident this past April left a family devastated and focused national attention on what appears to be escalating violence on Valley roadways. Residents were outraged to learn that what began as a simple traffic squabble ended with an angered driver following a family home and gunning them down in their own driveway.

According to police reports, 20-year-old Joshua Gonzalez became enraged when Summer’s stepfather, Dharquintium Brown, allegedly cut him off in traffic, tailing Brown’s vehicle back to the family’s home bordering the south side of the I-10 freeway, on 38th Avenue and Moreland Street. As soon as Brown and his wife, Taniesha, exited the vehicle, Gonzalez opened fire with a 9-millimeter handgun, injuring Brown and shooting several rounds into the car carrying their two daughters. While Autumn, 12, escaped unharmed, Summer was struck and died after being taken to a hospital. Gonzalez fled, but was later arrested and booked on one first-degree murder charge and three counts of aggravated assault.

“That was a tough week for us,” says Alberto Gutier, director of the Arizona Governor’s Office of Highway Safety, the cabinet agency that develops, funds and coordinates programs promoting traffic safety. “We see road rage all the time, but this one really ruined my day. I mean, a 10-year-old being shot and killed by some punk because he was mad about somebody cutting him off? It just drives me nuts.”

With 24 years under his belt as the agency’s director, the Cuban-born Gutier, who turns 80 this December, is the godfather of Phoenix traffic. He’s the guy who, in 1998, came up with the classic “Drive Hammered, Get Nailed” message still displayed on electronic freeway billboards preceding every heavy-drinking holiday. That same year he also helped author the nation’s first bill specifically addressing aggressive driving (Arizona HB 2311), setting the groundwork for Arizona’s current aggressive driving statute, ARS 28-695.

That statute defines aggressive driving as a Class 1 misdemeanor traffic offense involving speeding and at least two incidents of what’s considered reckless driving, such as tailgating or unsafe passing or lane changing. It doesn’t, however, govern road rage, which the Arizona Department of Public Safety (DPS) defines as a criminal offense involving an “assault with a motor vehicle or other dangerous weapon… precipitated by an incident that occurred on a roadway.”

“A lot of police officers will write citations for both aggressive driving and reckless driving, because then there’s a better chance that one of them will stick [in court],” Gutier says. A couple of years ago, Gutier persuaded the Arizona Department of Transportation to revise the crash report form all Arizona officers fill out to also include a checkbox for “possible road rage incident.” Since then, it’s become easier to track such behavior and flag cases for investigators to examine.

That number is likely conservative, given that the forms are only filled out in accident cases.

“It’s only applicable when troopers are taking collision reports,” says DPS spokesperson Bart Graves. Additionally, “the trooper has the discretion on scene whether to or not to check that box depending on the statements given by the involved drivers. For example, a driver may indicate they were a victim of a hit-and-run stemming from a road rage incident.” Graves says DPS highway patrol officers also employ unmarked vehicles to monitor road rage behavior and intervene before it results in a crash. “We’ve been doing this on the freeway system for a long time.”

Unfortunately, there’s not a lot that transportation officials can do to control the conditions that seem to have produced a perfect storm for road violence in the Valley, with its congested traffic, endless construction zones, temper-flaring summer temperatures and permissive gun laws – not to mention a steady stream of transplants from extreme driving areas like Chicago and Los Angeles.

“In the last 10 years, Arizona has added over a million drivers,” Gutier says. “Including about 2,000 each week from California – who are bringing their bad habits here!”

High visibility enforcement has helped stem road rage in other states, according to the American Automobile Association (AAA), but Gutier says Arizona’s agencies have lagged behind the population growth. “DPS is still shorthanded by about 200 people.” The courts need to step up their game, too, he says. “You can write up all the citations you want, but we’ve also got to get tougher on the prosecution side. I’ve seen too many slaps on the wrist for multiple offenders.”

Mostly, Gutier says it’s Arizona’s drivers who need to calm down and show “mutual respect” for one another – an attribute the longtime resident sees in dwindling supply these days.

“Everybody else has the same right to be on the roads,” he says. “Don’t take the actions of other drivers personally, and don’t be in such a hurry. And if you do see a road rage situation starting, just get out of there. It doesn’t have to be a game.”

In 2014, the AAA Foundation for Traffic Safety, a Washington, D.C.-based not-for-profit research and education organization, conducted an online survey of 2,705 licensed drivers age 16 and older, asking them to self-report any aggressive driving behaviors they had engaged in. More than 78 percent reported having engaged in at least one such behavior in the past year.

“We don’t have any data that tracks road rage by state,” says Michelle Donati-Grayman at AAA’s Arizona office. “But the research does show a breakdown by region. Arizona belongs to the West region, in which a larger percentage of drivers admit to blocking other drivers from changing lanes and cutting off other drivers than other regions.”

The types of aggressive driving behaviors West region drivers admitted to engaging in:

• Making an angry GESTURE at another driver: 29.5%

• Purposely trying to BLOCK another driver from changing lanes: 26.2% (highest percentage compared to other U.S. regions)

• CUTTING OFF another vehicle: 13.3% (tied with Northeast for highest percentage)

• Getting out of their vehicle to CONFRONT another driver: 3.3%

• BUMPING OR RAMMING another vehicle on purpose: 1.9%