For many years, Jason Higgins made his own Buffalo sauce to pour over the “game-day food” – e.g., nachos, chicken wings and potato skins – he ate with his son. A former professional chef, Higgins believed the sauce had market potential, so he bottled the fiery brew under the name Jupiter Rings Buffalo Sauce ($5) and sold it to stores near his home in Kentucky.

In 2018, he moved the company – and his family – to Arizona. While sharing samples of Jupiter Rings at a nutrition shop, he met vegan customers who wouldn’t try the sauce because it contained butter and anchovies. With them in mind, he reformulated the recipe and produced a vegan sauce ($5.99) that debuted in December 2018. Both recipes start with a tangy, house-made Worcestershire sauce (one regular, the other vegan) and are loaded with fresh jalapeño, Fresno and cayenne chiles that pack a one-two punch – sweet up front and hot on the back end. 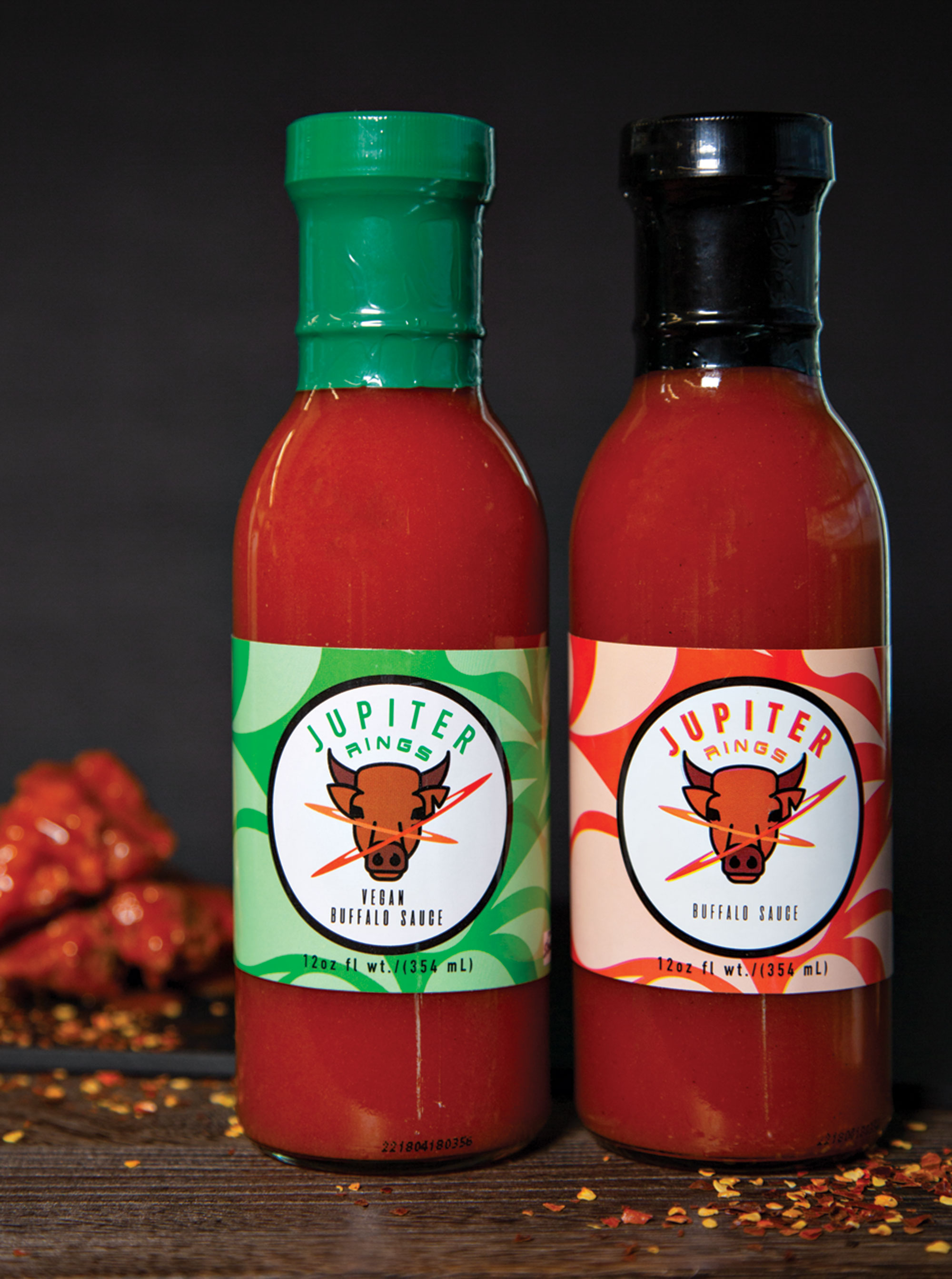 Higgins sells the spicy Buffalo sauces to Phoenix-area restaurants and businesses, including Low Key Piano Bar and Hobe Meats, as well as The Closet Vegan and The Chicken Coop AZ food trucks. Higgins and his 16-year-old son, Rashaad, package and ship the sauces to locations in the United States, England, Canada and Australia. “We want [Jupiter Rings] to be a household staple in everybody’s refrigerators,” he says.