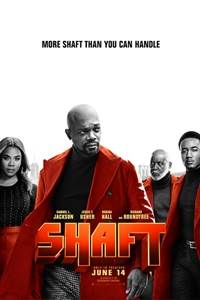 “The greatest zombie cast ever disassembled!” That’s how this Jim Jarmusch horror comedy is being promoted, and it’s hard to argue with the hipster cred of the stars: Bill Murray, Adam Driver and Chloe Sevigny as the slow-to-action police force in a small town; Danny Glover, Steve Buscemi and Eszter Balint among the townies, Selena Gomez among some big-city kids passing through, Rose Perez as TV journalist “Posie Juarez,” Tom Waits as curmudgeonly Hermit Bob and Tilda Swinton as a friendly, Scottish-accented, samurai-sword-wielding new mortician in town. Even the dead who rise and start wandering around—a shift in the Earth’s axis caused by fracking is suggested as the reason—include some pretty big names, like Carol Kane and Iggy Pop.

Almost inevitably, therefore, the movie is funny, laugh out loud funny at times. It’s also, considering the talent both in front of the cameras and behind them, a major disappointment. Jarmusch had terrific ideas here, like his zombies seeking out coffee or electronics or whatever they were driven to consume in life, but he essentially fails to bring anything to a payoff.

Characters – even whole settings, like a juvenile detention center – are introduced and look like they’re going to amount to something, and then peter out. Jarmusch indulges in “fourth wall” gags, which would be funnier if the pauses between lines didn’t just feel amateurish and under-rehearsed. The cinematography of the great Frederick Elmes splendidly evokes the atmosphere of George Romero’s original 1968 Night of the Living Dead, but even that movie’s twisted humor had a sharper and less coy punch.

It pains me to say all this; The Dead Don’t Die (no relation, by the way, to Curtis Harrington’s sort-of-creepy 1975 TV movie of the same title) is the sort of thing I love when it’s well done. Alas, maybe the dead don’t die, but this time, too many of Jarmusch’s jokes do.

Samuel L. Jackson has long been one of the best actors in American film, a superb, larger-than-life character player who’s also a true star. He’s a far better actor than Richard Roundtree, who played cool private detective John Shaft back in 1971. But unlike Roundtree, Jackson is not—onscreen, at least—a sexy ladies’ man. That was clear when he played the second-generation dick in John Singleton’s 2000 Shaft. He gets a bit more action in this new, more lighthearted sequel, also simply titled Shaft, but when Roundtree shows up late in the film, he remarks that he still looks better the Shaft the Younger, and he’s not wrong.

The real focus of this movie, directed by Tim Story of Ride Along, is Shaft the Youngest, the third in the line, a straight-laced young FBI analyst played by Jessie T Usher. When his friend dies under suspicious circumstances, he asks his estranged father (Jackson) to help him investigate, and the two are led into intrigues involving drug smuggling and an old nemesis of Jackson’s, as well as a reconnection between Shaft the Second with Shaft the Third’s mother (Regina Hall).

Usher is a likable young man, but he and his love interest (Alexandra Shipp) seems like they escaped from the Disney Channel. So it’s good for a few laughs when Jackson shows up and starts spouting his trademark obscenities and political incorrectness in this kid’s presence. That’s a lot of heavy lifting, though, even for an actor as formidable as Jackson, because there’s not much else to this routine and sometimes retrograde actioner. Jackson deserves better material, but even so it’s impressive how far he can carry it.

The Spy Behind Home Plate

In 1998 filmmaker Aviva Kempner brought us The Life and Times of Hank Greenberg, about the first Jewish baseball star. Her new documentary is about another Jewish baseball luminary, Moe Berg, a shortstop and catcher who played for five teams from 1923 to 1939. He was also a Princeton man, an eccentric but brilliant scholar, a voracious reader and a polyglot, a star on the radio game show Information Please, and, after his baseball career, a spy for the U.S. government during World War II.

It’s an amazing tale; Berg seems like the lovingly-crafted hero of a Michael Chabon novel. Kempner spins it straightforwardly and briskly, with enthusiastic talking heads and deftly-edited archival footage. To meet a specimen who stands out even among the celebrated Greatest Generation, look no further.

Echo in the Canyon

Here’s one more documentary that’s worth a look this week. Directed by Andrew Slater, this one follows Jakob Dylan around as he visits with the venerable veterans of the folk-rock scene that came out of LA’s Laurel Canyon in the ‘60s.

Dylan and some other youngsters like Norah Jones and Fiona Apple and Beck also try to recreate some of the distinctive classics from the period; none of them are as good as the originals. But the movie still includes extensive chats with David Crosby and Roger McGuinn and Lou Adler and John Sebastian and Michelle Phillips and Stephen Stills and Brian Wilson and Graham Nash and Ringo Starr and Tom Petty, among others, along with generous doses of their music. How wrong can you go?