Facing a firing squad of celebrity chef judges as a contestant on the Food Network show Chopped is formidable enough without your palate being compromised. Yet just days before he went to New York City to compete on the show in 2017, Nook Kitchen chef/co-owner Nick LaRosa got sick. “My taste buds were kinda off,” LaRosa says. “I had cough drops and DayQuil in my pocket, and I was eating those in between [rounds].” Despite his gustatory impairment, the Connecticut native went on to wow the judges with his cohesive and elegant transformations of the infamous Chopped mystery baskets of random ingredients, including a squab appetizer with peanut soup, mustard greens and salted peaches, and his winning apple crumble dessert with jerk seasoning, yogurt and cricket cookie dough. His episode aired in April, so he can finally talk about his triumph after keeping it a secret for almost two years.

Why Chopped and not another cooking competition show?

They did a scout call for it, and I was talking to all of our [business] partners, and I was like, “Hey, Chopped would probably be the only show that I would actually really do.” … I wanted to see how well I would do under the pressure. It’s kind of like my niche… I’ve been asked to go on Guy’s Grocery Games and I was like, “Nah. I don’t do the shopping.” My wife would probably kill it on that show because she does all the grocery shopping. I have no idea what’s going on. Totally different skill sets. 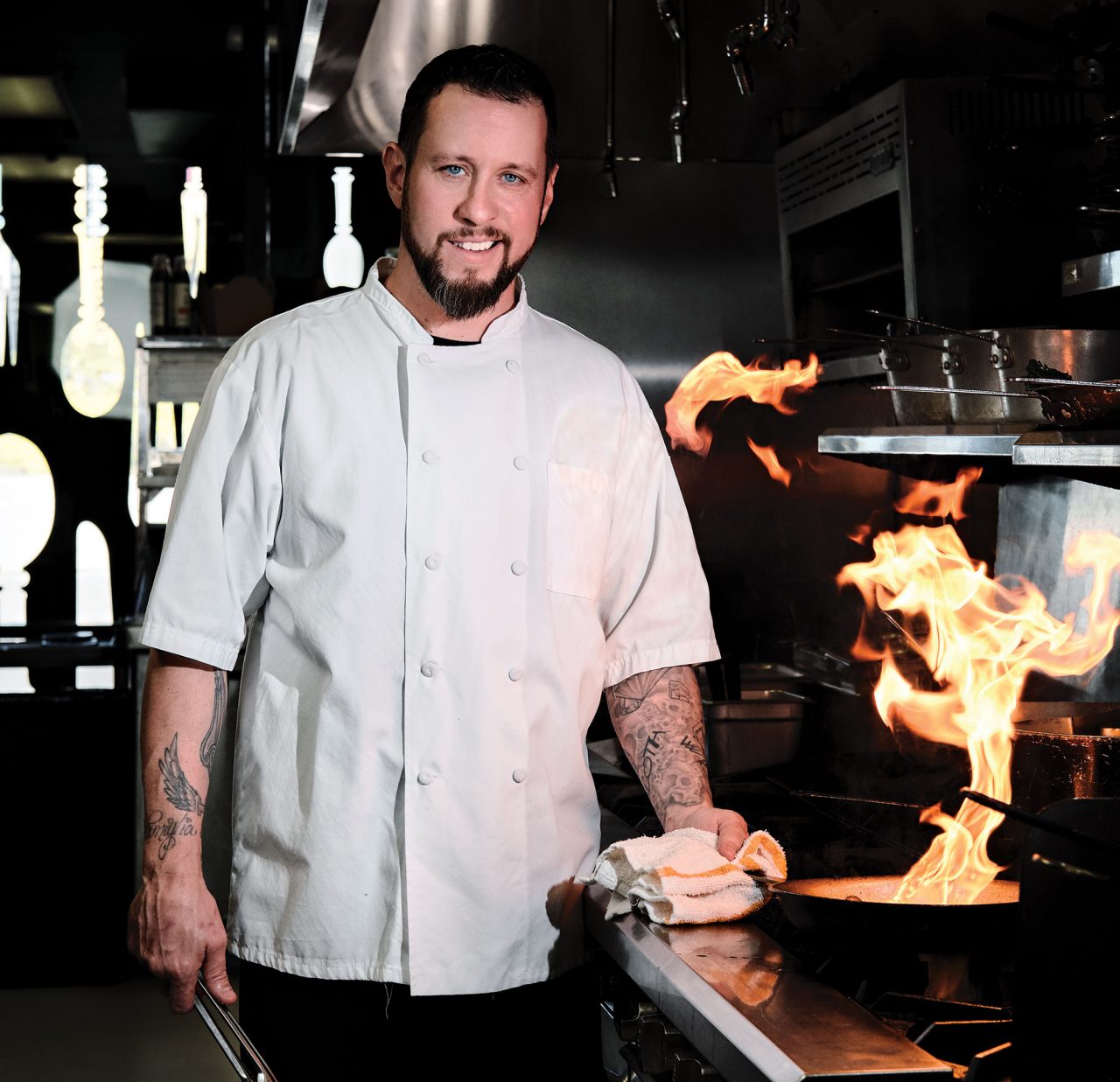 How did you prepare?

Once I found out that I was going to be on the show, it was like full training mode. The last thing I wanted to do was go on national television and get chopped on the first round. Frank [Vairo, his business partner] would bring me just crazy ingredients and set a timer and be like, “Go.” It’s something you can’t just walk into… I actually worked with [famed Valley pastry chef] Tracy Dempsey and went to her kitchen, and she kind of helped me out with a bunch of different things and answered questions. It was part of my training. I went over to her and I was like, “Hey, if I get on Chopped, I think dessert is probably going to be the end for me.”

Dessert is the undoing of many chefs on the show.

Did you hope for – or dread – specific judges?

No, I liked the judges that I got, and I like all the judges on Chopped. I think they all have their expertise, and their knowledge, and types of cuisine, and they bring a lot to the game. What a lot of people don’t know is that the show is really edited. Alex Guarnaschelli actually looked and sounded like a B on my episode, but she was the nicest out of all of them. She was so awesome… I remember them saying a lot more good things about my dishes than everybody else’s, so I kind of felt confident, but not confident, because you never know.

How did you feel when you won?

Kind of overjoyed. I never gave up. Being sick – throwing in the towel early would have been an easy route, I guess, but I didn’t… I fought back some tears, because I worked so hard. It was the longest day. I literally just wanted my bed and to go to sleep… I couldn’t believe I won. I was just kind of shocked.