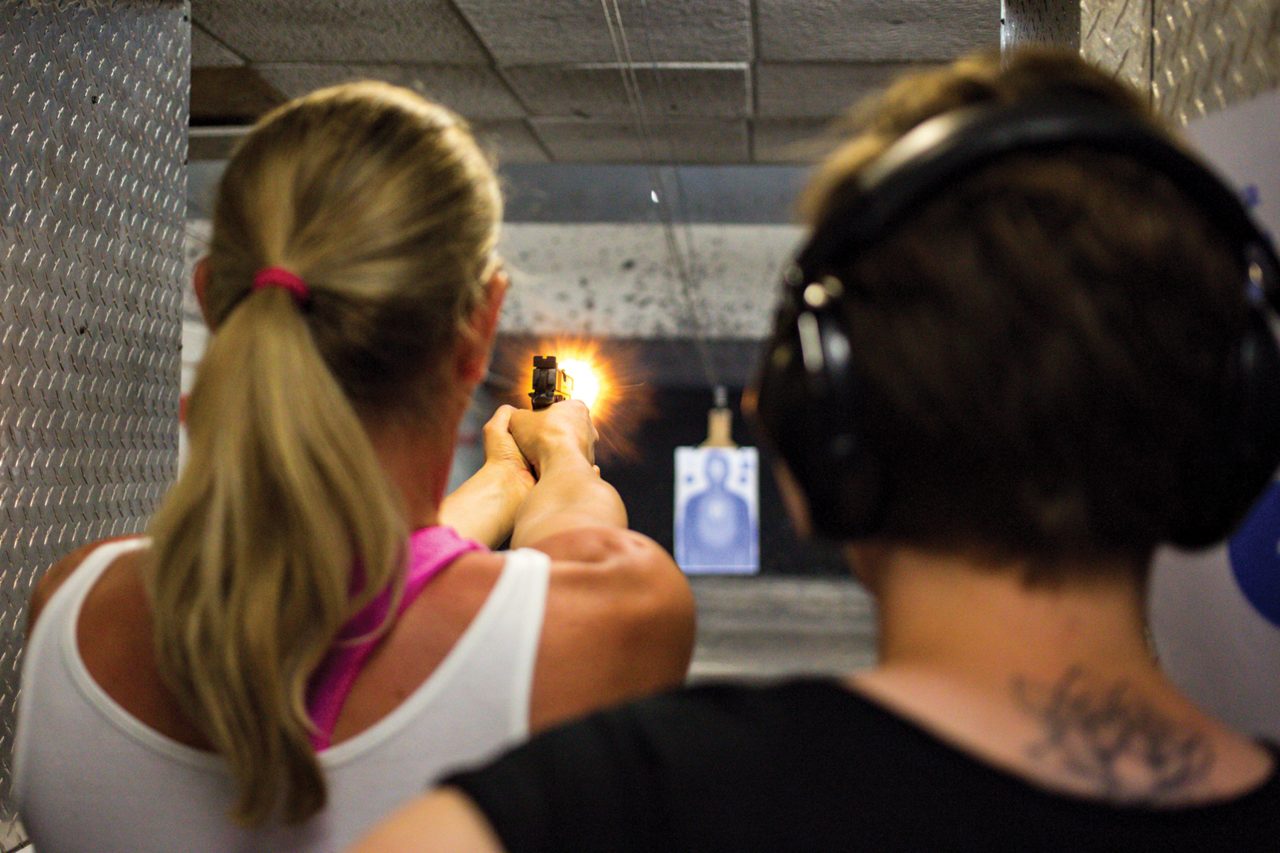 The Pink Pistols are the largest LGBTQ gun group in the state, and membership has only grown since the 2016 Pulse nightclub shooting in Orlando.

On a Saturday in spring, the Valley of the Sun Pink Pistols convene at Shooter’s World for their monthly group shoot. They’re like any other shooters’ club – they just happen to be the largest LGBTQ gun safety, education and advocacy group in Arizona. While the LGBTQ community and gun-rights groups stereotypically embrace opposite political ideologies, members say there’s more overlap than one would think.

In light of a spike in hate crimes against the LGBTQ community – most prominently at Pulse nightclub in 2016 – more members feel the need to protect themselves. Hate crimes against LGBTQ people are disproportional across the U.S. and Arizona. Gallup estimates gay and transgender people make up 4 percent of the adult population in Arizona, but violence against them accounts for 21 percent of all hate crimes, according to the Arizona Department of Public Safety. “After Pulse, you think about, ‘How are we going to protect ourselves?’” says Jason (last names withheld), who joined the group three years ago. “How do we make sure it doesn’t happen again?”

The Valley of the Sun chapter of the national organization has more than 800 members, says co-president Lonnie. People join for different reasons. Some have been shooting their whole lives and wanted a place to enjoy their hobby with others in the LGBTQ community. Lonnie joined in 2012 and met his husband through the group.

“I just Googled ‘gays with guns,’ and this was the option that showed up,” Lonnie says with a chuckle. At that time, the club had only 50 members. While the group is LGBTQ-focused, anyone is welcome to attend. Larry is a 53-year-old straight man who joined to be around other advocates. “I think people are pretty welcome at a lot of groups in this industry,” he says. “But this place, these guys are special.”

Travis, a transgender man and longtime gun owner, joined two years ago. “I wanted to get support,” he says. “I want to be in a position where, if someone new comes around, I can do the same [for them].”