You can rub CBD on skin, drop it in drinks and sprinkle it on food. Is it really the wonder cure advocates claim?

Walking into azWHOLEistic feels like walking into a jewelry store: Everything is in glass cases, the products are displayed luxuriously and there isn’t much under $30. There are a few key differences: a humidifier that makes it smell like cold medicine, employees in medical coats and, well, the products – in place of rings and necklaces are oils, lotions and edibles, all packed with the trendiest ingredient on the market: cannabidiol, or CBD.

John Callahan, owner of azWHOLEistic, takes a hit of CBD from his vape pen and says he feels a “tingle” on the top of his head. He says CBD “detoxifies the body.”

Stores like azWHOLEistic are popping up like weeds across the Valley. Restaurants like Spinelli’s Pizzeria in Tempe are adding CBD to pizza, and Scotts-dale’s Alkaline Water company is infusing it into drinks. CBD proponents say it can relieve pain, ease inflammation, clear acne, help cancer patients, alleviate anxiety, end epilepsy and seizures, ease depression, cure arthritis and even help those suffering from mad cow disease, broken bones and multiple sclerosis. But what is CBD, and can it really do all the things its advocates claim? After a look into the scientific research, the answer is a solid maybe. 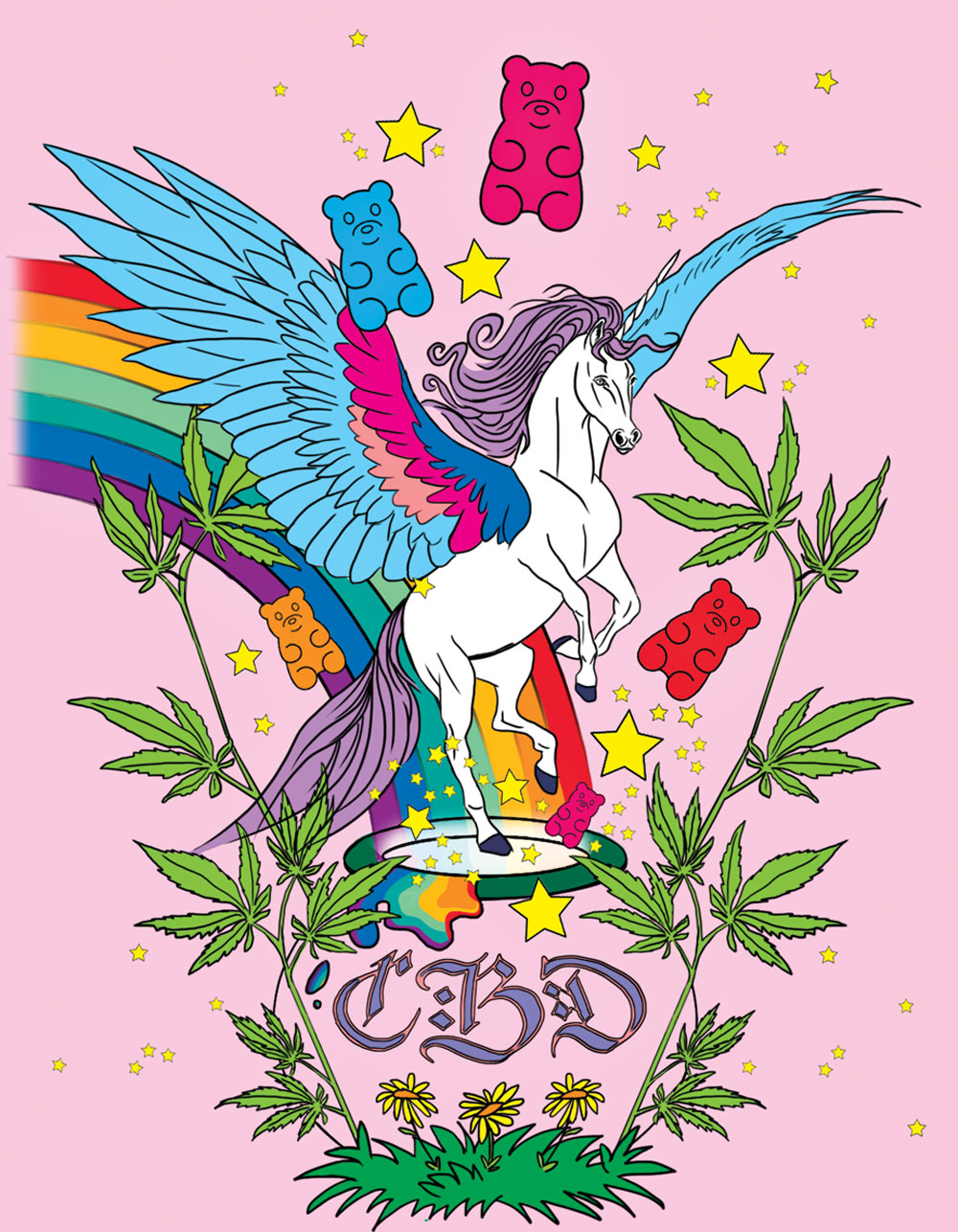 CBD is the second most prevalent cannabinoid found in cannabis, behind THC, or tetrahydrocannabinol. THC and CBD both interact with the cannabinoid receptors in the human body and brain, but they have different effects: CBD won’t get you high, while THC will. You can also get CBD from agricultural hemp, which doesn’t have any THC in it and is more widely available, given its less restricted status compared to marijuana. CBD is legal to buy and sell all across the country in different forms, from lotions and edibles to oils and vape pens.

But just because something is legal doesn’t necessarily mean it does everything people say it does. In fact, since science on CBD is fairly new, there isn’t much research looking at its effects when used in isolation, with a few exceptions. It is the active ingredient in the only cannabis product the FDA has signed off on – a drug called Epidiolex, which treats two rare forms of epilepsy. Both CBD and THC are also potent anti-inflammatories, according to research from the National Library of Medicine, and multiple studies have shown that CBD can help anxiety, according to Leafly. Finally, according to the National Academies of Sciences, Engineering and Medicine, there is “conclusive or substantial evidence” that shows CBD can help ease chronic pain in adults, multiple sclerosis-related spasticity and chemotherapy-induced nausea and vomiting.

But that’s if it’s made in a lab, is dosed correctly and is used under doctor supervision, says Dr. Elaine Burns, founder of the Southwest Medical Marijuana Evaluation Center.

“Now, would I tell a patient to go off and use CBD if they have cancer? No,” Burns says, adding that in some situations, CBD could help cancer patients, but it all depends on the individual. “You have to do it in context. It does make me nervous that everyone is throwing these treatment solutions [around and claiming] it’s a cure-all.”

So next time you go to a restaurant and they offer you a sprinkle of Parmesan, nutritional yeast or CBD as a pizza topping, know that you might feel great results, but you might also feel nothing.

“This stuff you’re seeing in coffee and pizza is really a fad and a designer thing,” Burns says. “Does it hurt? No. Does it help? I don’t know. That’s not the best way to use that medicine.”