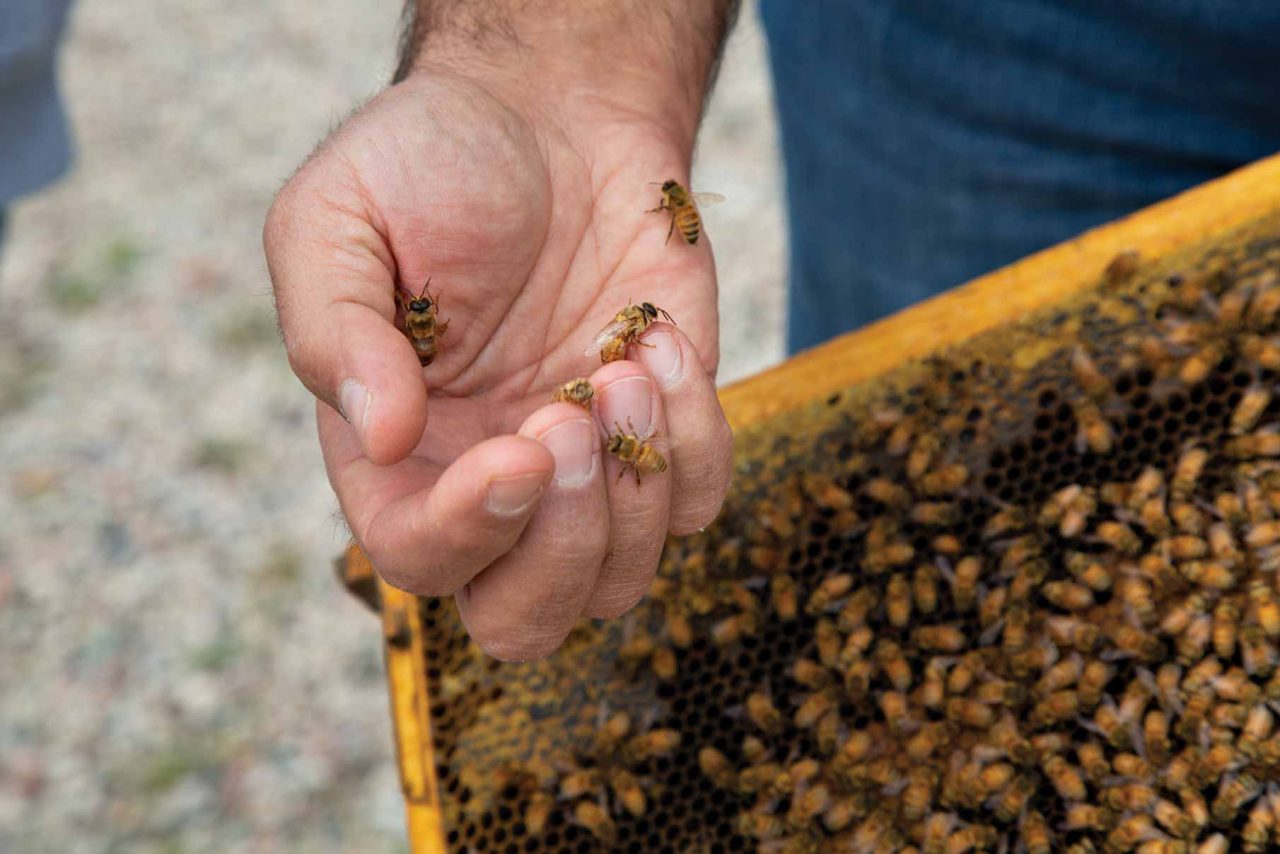 Human safety or ecological conservation? That’s the dilemma with Valley bees in the spring.

There’s a quote that routinely buzzes around the internet, usually attributed to Albert Einstein, that goes something like this: “If bees disappeared off the face of the earth, man would only have four years left to live.”

Einstein probably didn’t say this, and the quote has little basis in fact, except for one huge point: Bees are really, really important. They’re the world’s most prolific pollinator of food crops, and a recent article in The Guardian estimated that at least one-third of the food humans consume each day relies on bee pollination. It’s not just food crops, either – cotton crops rely on bees, as do crops that provide sustenance for livestock. Each year, bees pollinate about $170 billion worth of crops.

They can also be deadly. Bees thrive in the Valley during the springtime, when the weather is ideal for bee reproduction, increasing your chances of coming in contact with the insects and increasing reports of bee attacks and amateur – and harmful, experts say – exterminations. It’s a difficult line to walk between staying safe from stings (potentially fatal for those with allergies or those stung by multiple bees in a swarm) and preserving an insect that carries the weight of humanity on its wings.

European honeybees don’t tend toward aggression, but other bees can be dangerous. Africanized honeybees, colloquially known as killer bees, are an aggressive hybrid of European honeybees and East African lowland honeybees. They were found in the U.S. in South Texas in 1990. Since then, they’ve become known for chasing a person a quarter of a mile, killing some 1,000 humans and even taking down horses and other large animals. They sting 10 times more often than European honeybees, according to the Smithsonian.

Deaths due to bees are fairly rare, but according to the Arizona Department of Health Services, hornets, wasps and bees are linked to more human deaths than snakes, spiders or excessive heat.

Last spring, Africanized bees attacked landscapers in Scotts-dale, leaving two injured and one dead. In 2015, two 1-year-old twins drowned while their mother tried to fend off a bee attack and let their stroller roll into a canal. According to a new study from the scientific journal Wilderness & Environmental Medicine, there are about 220,000 visits to emergency rooms and around 60 deaths a year in the U.S. due to anaphylaxis brought on by hornet, wasp and bee stings.

If bees are near you, pause before giving into your impulse to swat them away – quick motions, loud noises and unfamiliar smells tend to make bees feel attacked and therefore more likely to sting, says Cahit Ozturk, a beekeeper who manages the Arizona State University Bee Lab.

“Don’t worry about swarming [European honeybees], but be aware,” Ozturk says while a European drone bee dances across his bare fingers. “They’re full of honey and looking for a home. They’re too busy to think about you.”

If a swarm is flying toward you, though, it’s difficult to tell if it’s made up of European Africanized honeybees. Avoid the swarm by pulling your shirt over your head and running away. Once you reach shelter, like a vehicle or building, call for help. Do not jump into water.

If you spot a hive at your home or in a public area, call someone who knows what they’re doing – preferably a beekeeper instead of an exterminator, Ozturk pleads.

“Find an experienced person, like a beekeeper, to help you,” he says, adding that bees are dying at an alarming rate and beekeepers might be able to keep the insects alive.

“Don’t kill the bees you see,” Ozturk says. “Please. We need them.”