Share your Arizona trail adventures on our monthly hiking page. 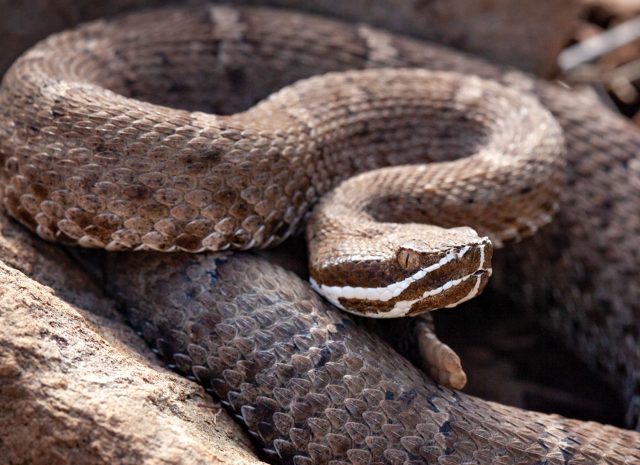 Ask any Valley trekker about what they fear most and these three phobias commonly emerge: rattlesnake encounters, having to pee outdoors and getting injured. According to herpetologist and hiker Bryan D. Hughes, rattlesnakes are the most benign of the bunch. “A rattlesnake bite on the trail isn’t something that happens often enough to really consider a major threat,” says the Phoenix resident and owner of Rattlesnake Solutions, a sort of bite-prevention consultancy.

Bad outcomes due to falls and dehydration are far more common, Hughes says. “Every other day in the summertime, there’s a helicopter taking someone down from Camelback Mountain or Piestewa Peak for not bringing enough water or underestimating the desert heat, but rattlesnakes remain on the top of the list for many hikers.”

Although some bites are accidental, most happen because of sheer stupidity, or what Hughes diplomatically calls “intentional interaction” – playing with them, picking them up to show off, killing them.

Hughes’ best advice to hikers who fear the fang is simple: Use common sense. “First and foremost, if you see a snake, leave the thing alone. The rattle is a warning, not a sign that it will attack, or an invitation to pose for an Instagram photo with it. Wearing shoes, using a flashlight at night, and never reaching or stepping into places where you can’t see can [prevent most bites]. Staying on-trail removes most of these situations.”

The same advice goes for dogs. “Dogs off leash are more than 70 percent more likely to be bitten by a rattlesnake than dogs that are not,” he says.

Other tips for happy human-reptile co-existence: Stay alert in your surroundings and don’t wear noise-stifling headphones. Oh, and watch where you pee. 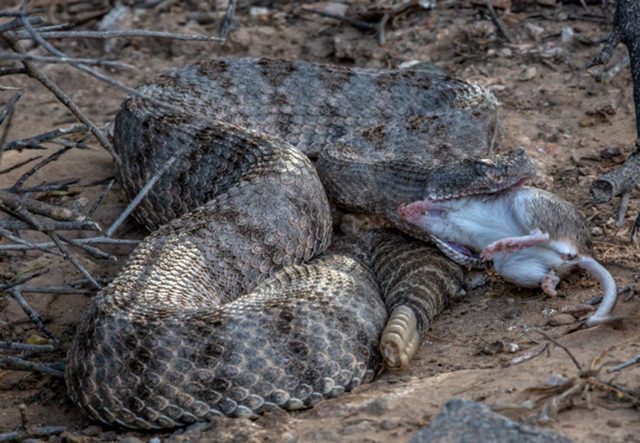 IF YOU GO:
Although rattlers are spotted along most trails in the state, Hughes is reluctant to say where you should go if you are among the rare few who like seeing them. Some species are endangered, and all are at risk. Instead, here are some snake didja-knows to ponder before hitting the trail:

• There are 15 species of rattlesnakes in Arizona – more than in any other state.

• If you see a rattlesnake, just move away and around it.

• If bitten, you do NOT need to kill the snake and take it with you to the hospital.

• Do NOT cut into a bite, ice it, attempt to “suck out” the venom or use a tourniquet. Just go to a hospital.

• Early mornings and late afternoons are when rattlers are most active.

• attlesnakes prefer places near water, isolated rocky outcroppings and thick brush where they can hide.

WANT TO SEE YOUR PHOTO HERE?
Upload your photos to: phoenixmag.com/travel/citizen-hiker/
Photos that best depict trail character and experience will be added to our website slideshow.

Each month up to three photos will be selected to illustrate the Citizen Hiker article in our print and digital editions. 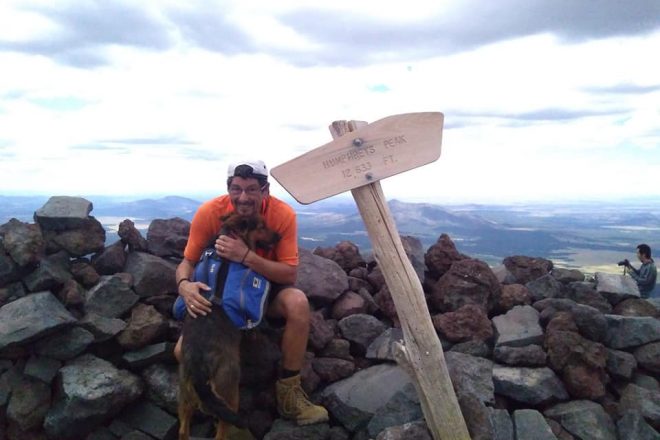 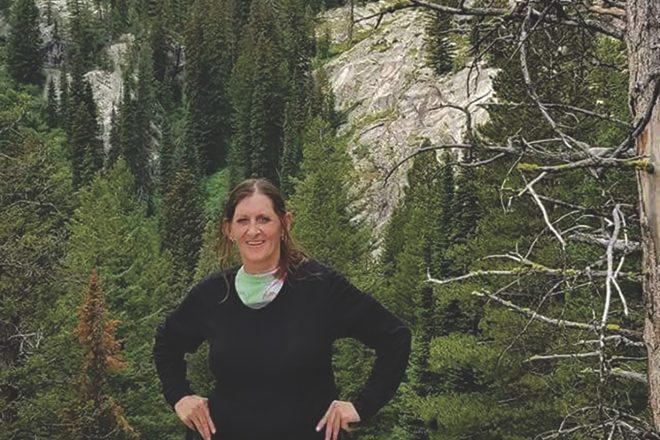 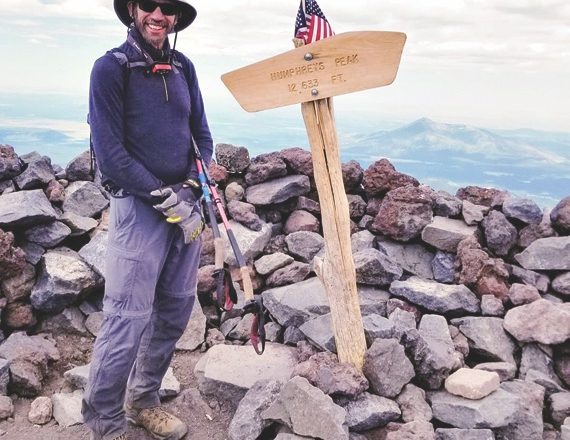