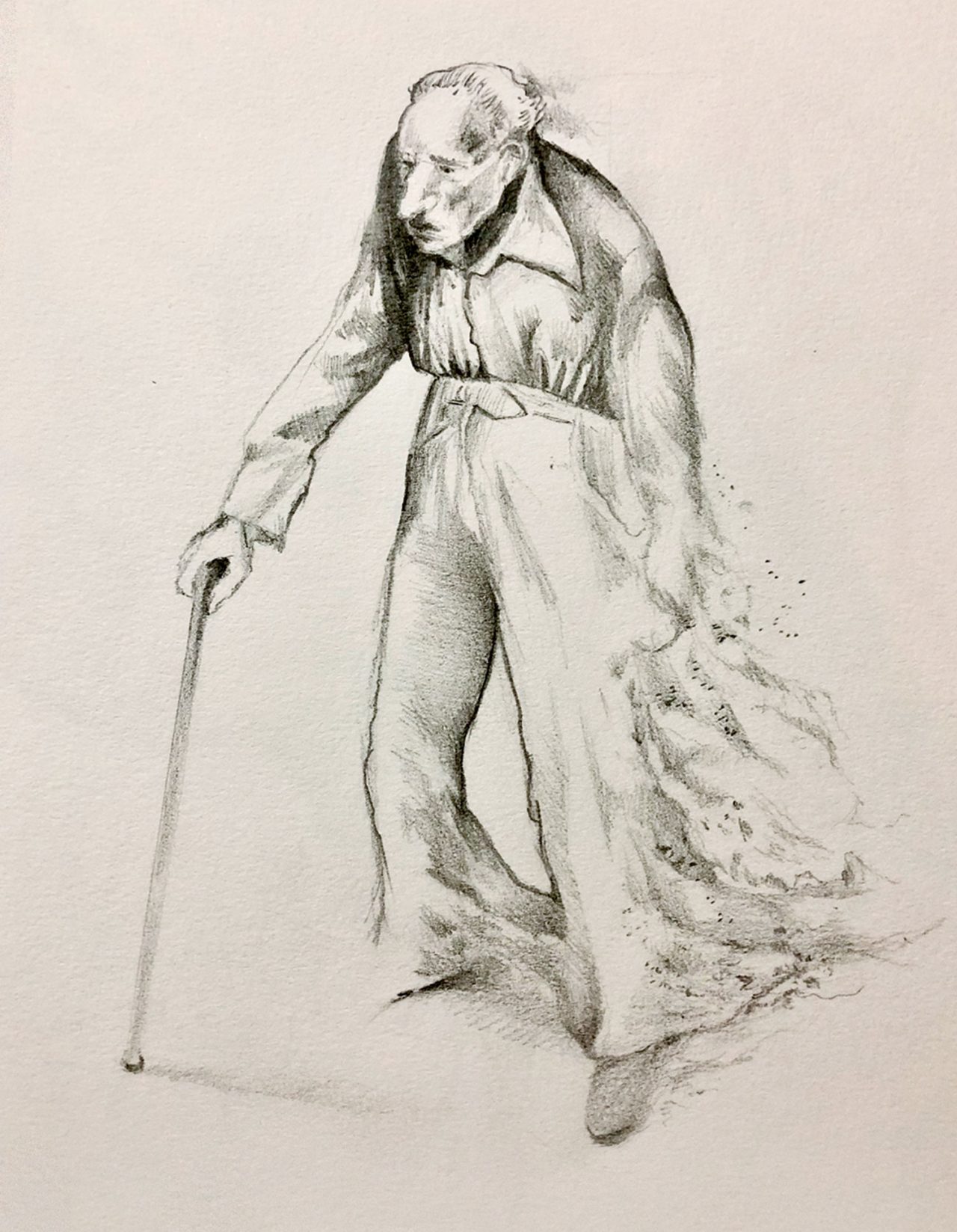 A new ASU study finds the suicide rate of Arizona seniors is rising among men. Is it a crisis to be solved, or an increasingly accepted “pre-emptive” choice?

Early one Friday evening last October, Chandler police were dispatched to a mobile home park near Alma School and Warner roads after receiving a call from a woman about a possibly suicidal man. They arrived to find Kay Kenniker, 84, standing in his front yard holding a handgun. Kenniker fired in the direction of the officers, then ducked back into his home. When he emerged from the back door brandishing a rifle and aimed it at the officers, two of them opened fire, killing him instantly.

Kenniker’s death, ruled “suicide by cop,” was the latest incident of senior suicide in Arizona, a troubling trend in a state with a famously large retired population. According to a new report from the Arizona State University Center for Violence Prevention and Community Safety, people age 75 and older account for the state’s highest suicide rate, with approximately 55 deaths by suicide for every 100,000 people, followed by those age 45 to 54, with roughly 54 per 100,000. The study found that the suicide rate among Arizona men is substantially higher than that of Arizona women (see sidebar). Kenniker’s case was not unusual.

“Our state has not really spent a lot of time addressing issues the elderly face that contribute to the population’s high suicide rate,” says Charles Katz, the ASU center director who headed up the study. Those issues include physical and cognitive decline, social disconnection and financial woes, among others. “Arizona is a destination state for retirees, but we need to see more policy discussions around how to address the issues that lead so many seniors to such acts.”

ASU’s results are among the first to be submitted in a research project administered by the Centers for Disease Control and Prevention (CDC), so it’s too early to tell how Arizona’s numbers compare nationally. However, a 2018 report by the United Health Foundation noted a 15 percent increase in Arizona suicides over the past four years versus the national increase of 12 percent. Given our demographics – the Arizona Department of Economic Security projects that people older than 60 will account for nearly a quarter of the population by 2020, around 1.8 million people – it follows that senior suicides would exceed the national average.

But although the state’s Medicaid agency, the Arizona Health Care Cost Containment System (AHCCCS), has adopted a suicide prevention plan that incorporates reducing access to lethal means among those with identified risk – including partnering with firearm dealers to make gun purchasers aware that 60 percent of Arizona suicides are committed using guns – the state falls short in addressing senior life stressors. In the United Health Foundation survey, Arizona was ranked 40th out of the 50 states for seniors having a dedicated health-care provider, 45th in enrollment of poor seniors in the Supplemental Nutrition Assistance Program and 43rd for seniors reporting frequent mental distress.

“You’ve completed the things you wanted to do,” Davis said in a New York Times interview. “You see life’s satisfactions getting smaller and the burdens getting larger.” At that point, Davis said, “it might be rational to end your life.”

Maybe so, but Katz feels society already rationalizes elder suicide too much.

“We always talk about suicide among youth… obviously a very important issue,” he says. “But we tend to shrug off suicides among the elderly. And that’s the group that is really the most at risk.” 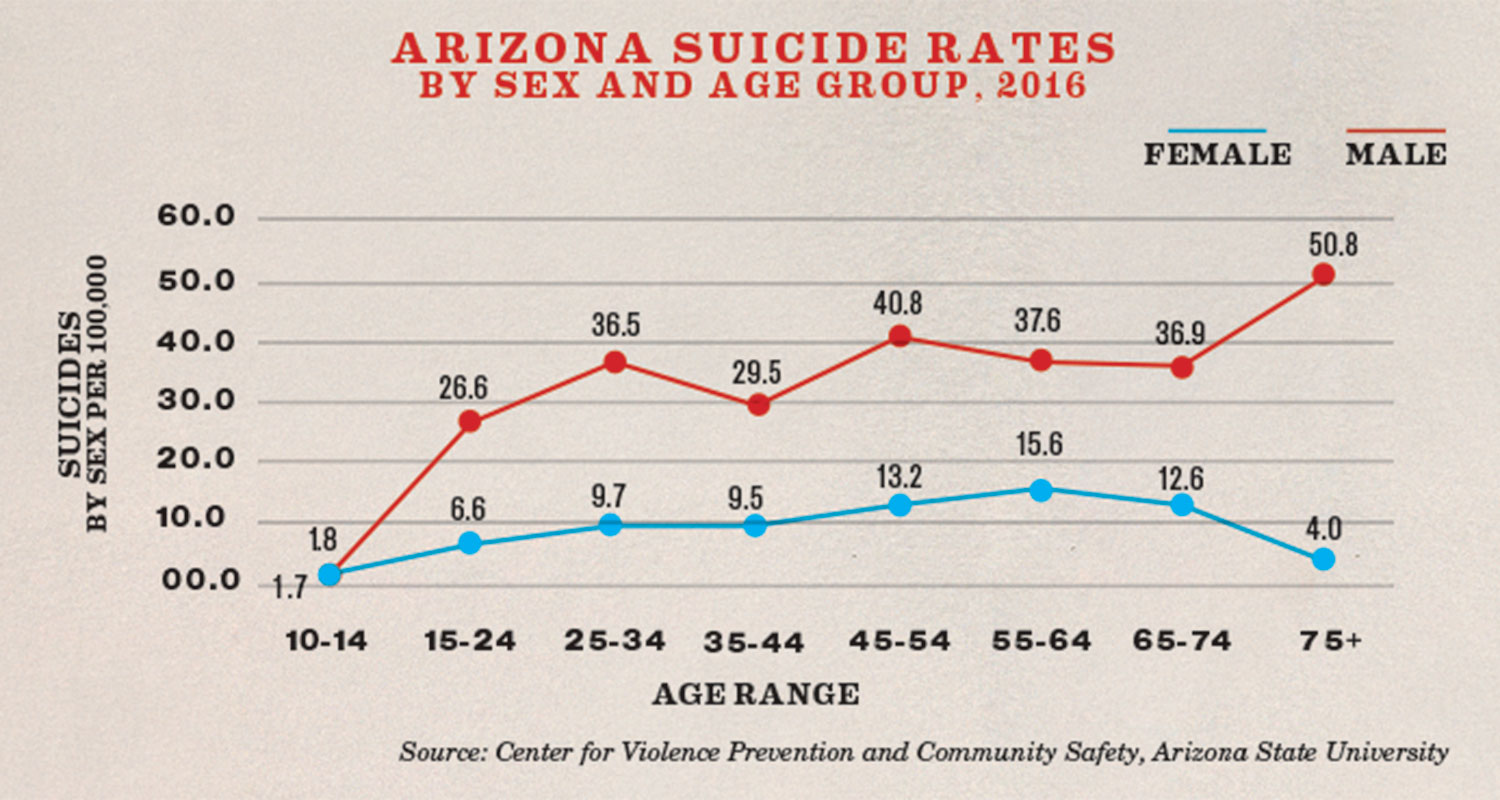