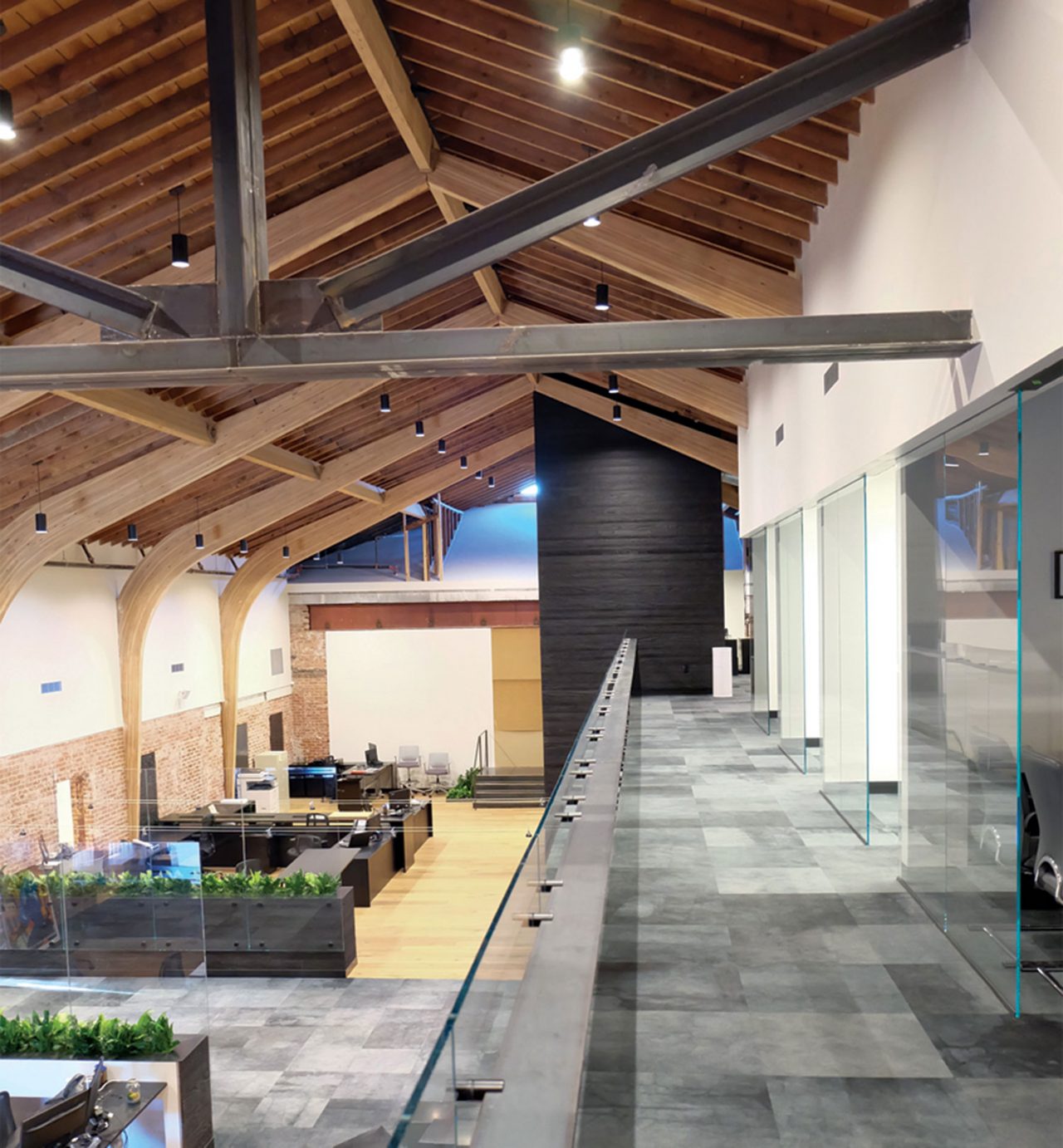 What happens to a church after the parish moves on? One contracting company in Scottsdale is working to give a neglected church new life.

An empty, half-century-old church in Old Town Scotts- dale is getting a new life – this time, as a modern office buildingContracting company UEB Builders is utilizing adaptive reuse to create a space with all the modern efficiencies today’s office-goers have become accustomed to while maintaining the beauty of its original architecture. The space is large enough that it will house UEB Builders and a few other offices, too.

Converting places of prayer into new buildings is fairly new for Scottsdale, but the trend has been seen across the rest of the Valley (see sidebar). Churches offer architects, contractors and business owners vaulted arches, stained glass windows, unique features and rich history, helping to create awe-inspiring spaces. These are the traits that drew UEB Builders to 3080 Civic Center Plaza in Old Town Scottsdale.

“As a company, we decided we wanted to be in an office that we felt proud of, and we wanted to build it ourselves,” says Alvaro Sande, development principal at UEB Builders.

The Mormon church was built 60 years ago, with sprawling wooden beams across the 27-foot-tall ceiling. UEB Builders used the height to its advantage by creating a mezzanine level. Since the building boasts 22,000 square feet, the space is open and bright, a reflection of the original church’s intent and part of why UEB was so passionate about the space, which was built in 1958. It was repurposed in the 1980s and turned into office buildings, but had been vacant for years.

The builders got to work almost two years ago. They spent nine months cleaning out and renovating the building and another nine months putting the office together. They mixed in metal and wood and cleared out the plaster from the inside to show off the original building blocks.

“There’s a lot you can do by taking stuff out,” Sande says.

Renovating a church into an office building is a big undertaking, he says.

“We take a lot of pride in doing something like this. We are a construction company, but we want to build a good design,” Sande says. “You have to love what you do.”