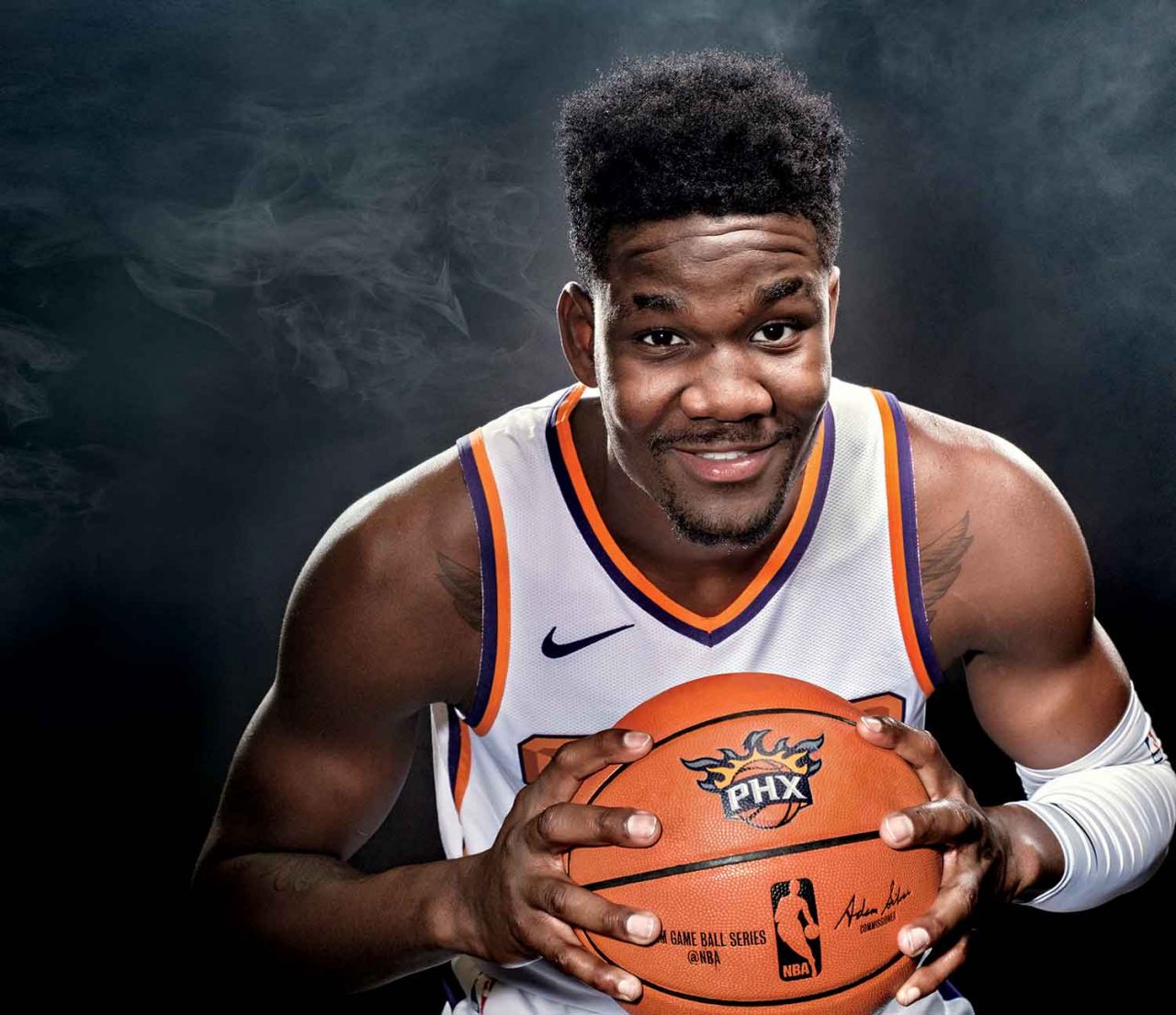 The Phoenix Suns’ newest player heats up on the court.

The biggest cliche in Valley sports journalism: using “How are you handling the weather?” to break the ice with a newly signed star athlete.

As a blue-chip hoops prospect who played both his high school and college ball in Arizona, Phoenix Suns rookie center Deandre Ayton is the ultimate antidote to that hoary line of questioning. But just because the former Phoenix Hillcrest Prep and University of Arizona Wildcats standout knows what our summers are like, doesn’t mean he isn’t feeling the heat. A few days into training camp in September, the native Bahamian was called out by Philadelphia 76ers star Joel Embiid, who told ESPN that Ayton was “about to get his ass kicked” during the grueling, 82-game NBA season.

Part and parcel with being the No. 1 overall NBA draft pick, Ayton figures. And not too hot for comfort.

Less than two years ago, you were posting up against high school kids. Today, you’re in the NBA, about to go head-to-head with the likes of LeBron James and Kevin Durant. Is that surreal?
Well, it’s a blessing. I’m very fortunate. And I’m glad to be in Phoenix. It really couldn’t have worked out any better.

Did you take offense at Embiid’s comments about getting your you-know-what kicked this season?
I can’t take offense. I never met him. Dude is an All-Star, one of the best bigs in the league, so I’m not going to talk back at him. I’m not trying to be a tough guy… it’s just that [I would] look like an idiot to go back and forth with him. He can say what he wants to say.

I’m going to throw out two names: David Robinson and Tim Duncan. Both legendary centers who scouts have compared you to. Which is the better comparison?
Both. Both of them. Every great [big man], I’ve studied. And I’ve taken a piece of each one.

What about those two do you admire? What facet of their games?
Robinson, his mobility and his strength. Duncan, his fundametals down low and patience on the offensive end.

Initially, your main extracurricular interests in the Bahamas were playing soccer, and playing tuba. How did you become a basketball player?
I first came to the U.S. [as a high school freshman] for education… then coaches told my mom, “He’s got a lot of potential.” When I [saw] the ball go through the hoop and the attention it can bring you, I was won over. It felt right.

Do you plan to go back to the Bahamas in the off-season? Do you still have family there?
No. Everybody’s out here now… two brothers and two sisters. Younger.

Your parents and your siblings? That’s great. How do they like it here?
They love it. Star-struck by the American life. They don’t wanna go back home.

82 games is a big jump from the number of games you played in high school and college. How will you reward yourself at the end of it? Take a trip?
Well, I went [back] to the Bahamas after summer league. Had a little money in my pocket, it was nice. [So] next time I’ll probably follow the vets around and find some good spots. But other than that, no plans. I just want to have the best season of my life.