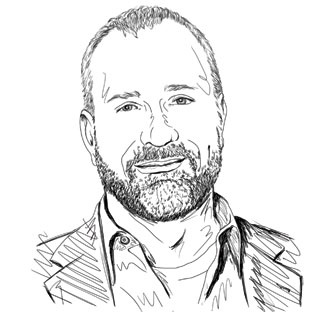 Opinion columnist shares his thoughts on calls to abolish ICE.

This past Fourth of July, when most of us were enjoying something off the grill, a woman by the name of Therese Okoumou tried to climb the Statue of Liberty.

Crazy, you say? Actually, she didn’t make it past Liberty’s toes before being brought down by police. But even climbing the Statue of Liberty’s footwear is not something the average, sane person attempts.

But that wasn’t the craziest thing the immigrant from the Democratic Republic of Congo said or did that day. Even nuttier was the protest Okoumou took part in prior to her attempted ascent of Liberty, and the cause to which she hoped to draw attention. During that protest, activists unfurled a banner that read “ABOLISH ICE.”

This isn’t an attempt to save the planet through the elimination of Freon in all freezers – although I’m positive somebody has decided creating frozen water in a kitchen appliance is somehow killing the planet. (It’ll probably be the next target once California locks up all the waiters who continue serving drinks with plastic straws.)

ICE, in this case, refers to Immigration and Customs Enforcement, the federal law enforcement agency created after 9/11 that oversees, well, immigration and customs.

Is ICE really the federal agency that should top our list of the ones to do away with? Maybe I’m naive, but couldn’t we start by eliminating or absorbing some less critical agencies like the U.S. Board on Geographic Names or the Japan-United States Friendship Commission?

A banner that read “ABOLISH ICE” similarly made an appearance at a protest in Downtown Phoenix recently, in front of the Maricopa County Jail. The chanting folks holding that sign were not thrilled with Maricopa County Sheriff Paul Penzone. Some even suggested, preposterously, that former Sheriff Joe Arpaio’s hate-filled, racist policies remained… because Penzone permits ICE agents to visit his jail.

Those agents are allowed to interview individuals in custody to see if they’re also wanted for breaking federal law. If so, they’re taken into federal custody once they’re done serving jail time. Penzone told me recently during a radio interview that he has a legal responsibility to work with ICE. “We will do it ethically,” he said.

Penzone, however, has refused to do so-called “courtesy holds” for the feds. That’s where the county jail is expected to hold people for up to 48 hours after their local time has been served to give ICE agents a grace period to actually get there. Because of lawsuits against sheriffs across the country for doing this very thing, it’s understandable why Penzone doesn’t want to participate.

What isn’t understandable is how these protesters think they can be taken seriously when they suggest we should let people who are wanted for serious, violent crimes roam among us freely simply because they’re wanted by an agency whose name happens to be mud among immigrant activists. Just as perplexing: their assertion that we should completely abolish the federal agency that not only holds the line between legal and illegal immigration but also oversees the goods that come into our country (the “C” in ICE – as in customs).

Those are important services, no? I’m told that these activists have a plan to replace ICE, but their hyperbolic motto is shadowing any middle-of-the-road policy they may be peddling. It would probably cost them some extra money at the printers, but maybe they should change their signs to say “REFORM ICE” instead of “ABOLISH ICE.”

But that’s probably not happening. Radical language gets you noticed.

When you’re running for governor of Arizona, it especially gets you noticed – in a bad way. Democrat David Garcia, who won his party’s gubernatorial nomination in August, posted this gem on his website: “Trump’s immoral actions – which Ducey has enabled – demand that we rebuild our immigration system top-to-bottom and start by replacing ICE…”

I don’t think Garcia believes we should abolish all immigration laws – or the people enforcing them – but his language tells me he’s hanging out with those who absolutely do think that way. And that is crazier than trying to do your best Spider-Man impression up the side of the Statue of Liberty.