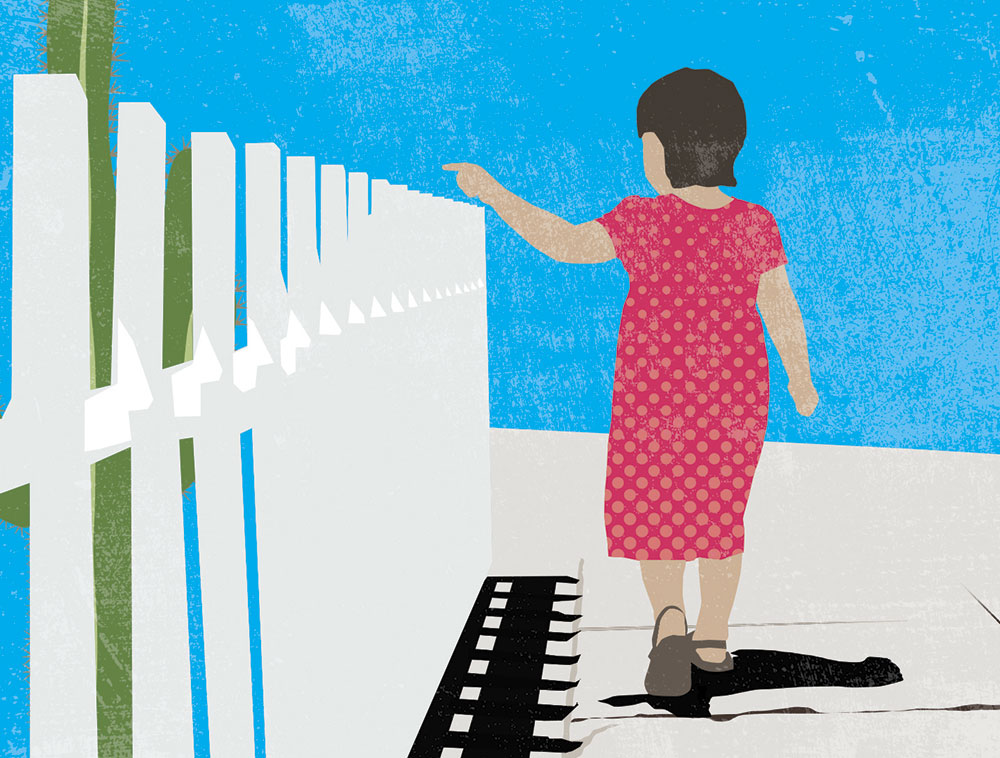 It’s easier than ever to monitor their every move, but more parents are opting to let kids walk free… at least around the block.

In 2018, Americans are in constant debate over the virtues of “free-range” animals. Caged and bridled equal unhealthy and miserable, uncaged and uninhibited equal healthy and happy. Seems like a no-brainer. Except this isn’t a story about cattle; it’s about human children and whether they turn out better when sheltered and protected or allowed to roam freely.

In May, Utah became the first state in the nation to legalize so-called “free-range parenting,” which rewords its definition of child neglect to allow children of “sufficient age and maturity” to engage in certain activities alone, like walking to school or waiting in the car. During debate this winter, some questioned whether such a bill was necessary since Utah already did not specify an age at which children are deemed old enough to be left alone, while others were concerned it would hinder holding negligent parents accountable. Supporters talk about how it builds independence, self-reliance and problem-solving skills in children, sort of a counterpoint to the spoon-fed, can’t-take-care-of-themselves progeny of helicopter parents (ahem, millennials).

Senate Bill 65’s sponsor, Republican Lincoln Fillmore, says he was motivated by national headlines in which parents were charged with child neglect for letting their children play outside unsupervised. Lawmakers in other states, including New York, are now considering similar laws. Out of session for summer, the Arizona Legislature has not floated a comparable bill, but our state’s proximity (both geographic and political) to Utah bears further exploration.

Avondale mom Amber Pechin isn’t so sure free-ranging would work here. “Both government and religious politics are at play behind the law in Utah,” says Pechin, an ex-member of the Mormon church who previously lived in Utah with her four daughters. “It’s almost a 20-years-in-the-past mentality… There’s a lot more stay-at-home moms. I don’t see that as much in Arizona.” Plus, she says, “it becomes a class and race issue” when you consider how socioeconomic realities in the Phoenix Valley affect child rearing. “It’s OK for a middleclass white kid in Gilbert to walk to the park, but is it a problem for Latino or black kids in South Phoenix?”

On the other hand, New York-based writer Lenore Skenazy says free-range parenting protections might actually help those without the necessary income for full-time childcare. Skenazy, who founded the “free-range kids” movement a decade ago after letting her 9-year-old ride the subway alone, asks, “What if you don’t have money for a babysitter, or have an emergency and have to leave the kid alone in the car for a minute?… We are holding [parents] to an upper-middle-class standard of always having someone available to [supervise].”

Consider Valley mother Shanesha Taylor, who was arrested in March 2014 after leaving her two young sons alone in a car while she was on a job interview in Scottsdale because she couldn’t afford childcare that day. Skenazy says cases like Taylor – who claims she was struggling with homelessness and attempting to find full-time work – promote an idea adopted by our society “that we should be second-guessing parents who are doing their best.”

So where did all this anxiety come from? Exactly where you’d think, Skenazy says: 24-hour media coverage saturating our brains with worst-case scenarios like child abductions and increased access to technology. “With all this ability to know everything about our kids, it’s supposed to allow you peace of mind, but if you know everything, it’s much harder to control parental anxiety,” Skenazy says.

Scottsdale-based parenting coach Lisa Smith says reliance on technology is just a fact of life in 2018, and rather than encouraging parents to toss out the tablets in favor of homemade abacuses, she promotes a “sliding-scale of involvement.”

“Your kids need help navigating this current tech jungle” when they’re younger, but it’s OK to ease off as they get older. Most parents, she says, don’t want to control their children, “they just want cooperation.” Then, “they’re naturally motivated to loosen the reins.”

Heated Debate
It is not specifically illegal in Arizona to leave a child unattended in a vehicle, where temps can reach 150 degrees in 15 minutes on 100-degree days. That’s despite 33 kids dying of heat stroke between 1998 and 2017, per NoHeatStroke.org. Here’s what is on the state’s books regarding child welfare:

A 2017 “good Samaritan” law protects bystanders from being sued for breaking a car window to rescue a child or pet.

Arizona enacted its first texting and driving ban in 2017, for drivers younger than 18.