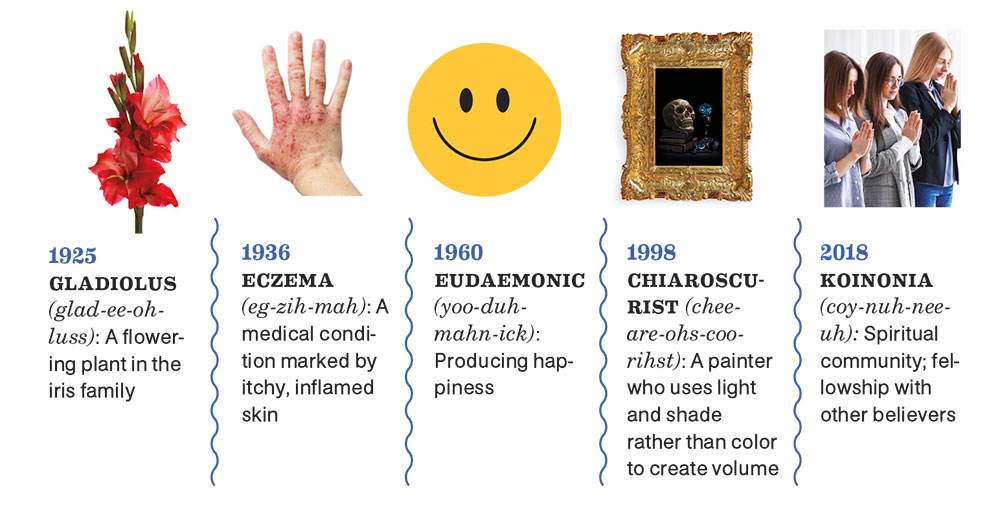 A look at Scripps National Spelling Bee words over the years.

Scientists say the average 20-year-old American knows about 42,000 words. There are at least eight Arizonans much younger than 20 who know a lot more words than that. Or, at least, how to spell them. The eightsome tested their logography at the 91st Scripps National Spelling Bee in late May. Four of them made it to the semi-finals but, alas, the trophy went to Texas eighth-grader Karthik Nemmani. We look back at some of the words pre-teen orthographers have conquered since 1925 and marvel at how hard the Bee has become.