The Traditionals—The National Anthem isn’t really for party background music, of course, but if you don’t mind standing—or taking a knee—you might want to start your playlist off with Whitney Houston’s stadium-shaking (albeit pre-recorded) version of “The Star Spangled Banner” at the 1991 Super Bowl in Tampa. Other patriotic standards: Kelly Clarkson top-notch “My Country ‘tis of Thee” at the 2013 Presidential Inauguration, the same song majestically performed by Aretha Franklin, in a memorable hat, at the 2009 inauguration, and “America the Beautiful,” magnificently performed by the peerless Ray Charles, less than a month after 9/11, and right here in Phoenix, before Game 2 of the 2001 World Series. Also, you could throw in Sousa’s 1893 “Liberty Bell March,” just because it’s totally American and patriotic, but still agreeably calls to mind Monty Python’s Flying Circus.

The 5th Dimension, “The Declaration”—Thomas Jefferson was the lyricist for this 1970 release, the preamble of the Declaration of Independence set to soaring music. When the ensemble performed it on The Ed Sullivan Show, the words were taken as an attack on the Nixon Administration.

Frank Sinatra, “The House Where I Live”—Ol’ Blue Eyes may never have had a finer hour as a public citizen than his recording of Lewis Allan and Earl Robinson’s song for a 1945 short film. It’s a vision of the America he wanted to live in, seen as a family in unity across racial, ethnic and religious lines.

Hamilton, “My Shot”—Several songs from Lin-Manuel Miranda’s 2015 masterpiece—probably the best work the American theatre has produced in more than a half-century—could fit on such a playlist, but this signature tune is the likeliest, not only because it’s catchy but because of the complex beauty with which it expresses the American sensibility at its most brash.

Linda Eder, “Anthem”—This song, written by two Swedes (Bjorn Ulvaeus and Benny Andersson of ABBA) with lyrics by Englishman Tim Rice to be sung by the character of a defecting Soviet in the ‘80s-era musical, nonetheless distills the essence of true American patriotism. The vocal powerhouse Eder lets it rip as usual with her thundering 2003 cover.

John Mellencamp, “Pink Houses” and “R.O.C.K. in the USA”—Most the former Johnny Cougar’s songs are tributes to small town Midwestern life, but these two, in particular, have the feel of wry, humane, loving anthems.

Tom Petty, “I Won’t Back Down”—The late lamented Heartbreaker-in-Chief’s 1989 release is a firm, unassuming statement of strength, without chest-thumping.

Neil Diamond, “America”—From the soundtrack of his 1980 version of The Jazz Singer comes this enthusiastic paean to immigration. They’re coming to America, sings Neil, “TODAY!”

Simon & Garfunkel, “America”—Same title, but a very different tone in this gentle, melancholy 1968 look at the title country by two young lovers, through the windows of a cross-country bus. The current climate feels different; you hope they don’t post anything on social media about the man in the gabardine suit being a spy, for fear he might be dragged off the bus.

Johnny Cash, “I’ve Been Everywhere”—Although Geoff Mack’s original version listed place names from his native Australia, the American adaptation recorded by the great Cash, among others, is a dizzying, tongue-twisting tribute to the breadth and variety of places there are to go in this country.

Martha and the Vandellas, “Dancing in the Street”—Full of more shout-outs to beloved American hometowns, this call to street partying was sometimes seen as a subtle incitement to rioting during the Civil Rights Movement, though Martha Reeves denied it. The David Bowie-Mick Jagger version from 1985 is also acceptable.

James Brown, “Living in America”—Yet another roll-call of hometowns. It’s hard not to want to get on up when you hear Brown’s 1985 hit from the Rocky IV soundtrack.

Miley Cyrus, “Party in the USA”—This 2009 hit had an odd second life as a celebratory song after the 2011 death of Osama bin Laden. Less macabrely, in 2012 it was covered a capella in Pitch Perfect.

Kate Smith, “God Bless America”—Smith’s version of the tune is still the standard for Irving Berlin’s classic, but if it’s too old-school for your taste, there’s always Celine Dion’s from 2001.

“This Land is Your Land”—The only question regarding Woody Guthrie’s alternative national anthem is: which of the many versions, from Dylan’s to Peter, Paul and Mary’s to Bing Crosby’s to Guthrie’s own? I like the brassy, stately 2005 version by Sharon Jones and the Dap-Kings. 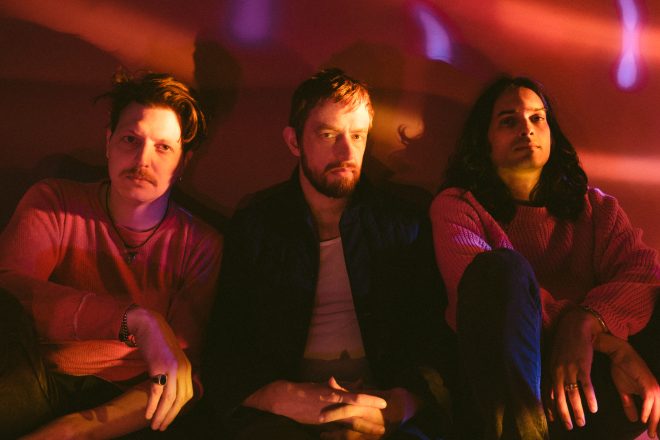