One could be forgiven for reflexively consigning Taco Chelo to “bourgeoisie taco shop” status. After all, it’s the brainchild of culinary maestro Aaron Chamberlin, whose two best-known efforts – St. Francis in 2008 and Phoenix Public Market Café in 2013 – both helped trigger an upscale renaissance in their respective Central Phoenix neighborhoods. 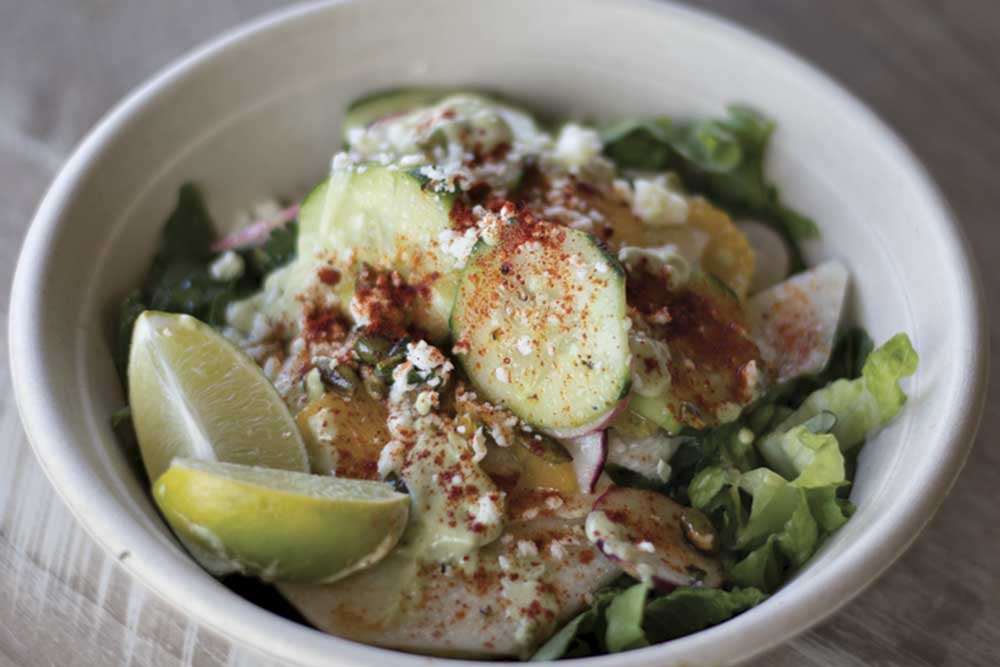 Moreover, Chelo arrives on Roosevelt Row in the midst of a protracted gentrification controversy in that arts-friendly neighborhood. But having eaten at the casual, upscale taqueria a few times, I would challenge any critic to call it “bougie” with a straight face. Sure, Chelo is cool and slick, but it’s also reasonably priced and stubbornly soulful – an authentic neighborhood restaurant with good, simple food and the sort of genuine sweetness you just don’t see every day.

Wisely, Chamberlin has recruited creative partners who both enhance the experience and insulate the restaurant from squirrely cultural finger-pointers: chef Suny Santana, a 29-year-old native of Monterrey, Mexico, who was Chamberlin’s chef de cuisine at St. Francis; and Sonoran-born artist and co-owner Gennaro Garcia, who designed the restaurant’s wildly original interior, from hand-painted chairs to the bar’s rustic, hacienda-style splashback.

Santana has created a 12-item, taco-centric menu built upon homey recipes culled from his grandmother and mother, enlisting the help of a handful of good cooks from his church who show up every morning to make tamales and corn tortillas.

In keeping with the made-from-scratch ethos, Santana makes his own chicharrónes, frying the snacky pork rinds in lard until they’re crisped and puffy, dusting them with cotija and brick-red Chimayo chile powder. They’re 100 times better than the stuff you buy in a bag, and even more addictive. Also worth trying from the botana (snack) menu: diminutive quesadillas, spotted brown from the griddle and oozing with mild, stringy Oaxacan cheese over a choice of smoky carne asada, fatty and crisp-edged carnitas, or roasted seasonal vegetables. 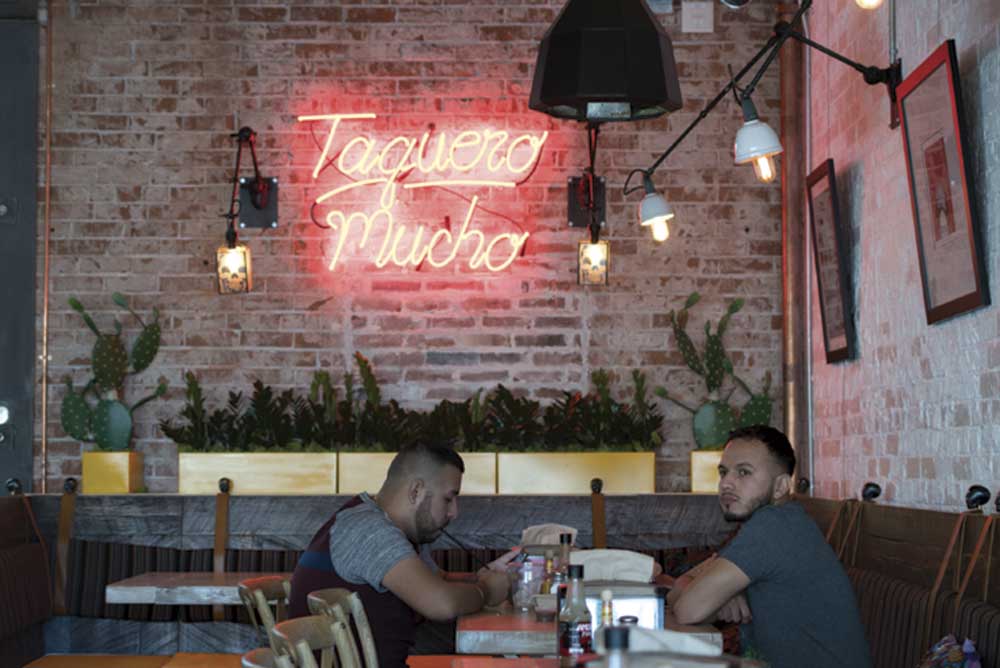 Those fillings also come in soft tacos. Served with a bright green dab of tart tomatillo-avocado salsa and a sprinkle of minced onion and cilantro, they’re fresh and homey. Beer-battered fish tacos – made with seasonal fish from Scottsdale monger Chula Seafood – are amped up with smoky, faintly fruity chile morita. It’s a good taco, but my favorite might be the rich, fatty beef barbacoa, steamed in banana leaves until fall-apart tender, served with a salsa that tastes of toasted coffee.

Over time, Santana plans to offer edgier daily specials, tacos made with beef tongue or grilled octopus, for example. Both would pair nicely with one of Chelo’s Slushee-style blended margaritas.