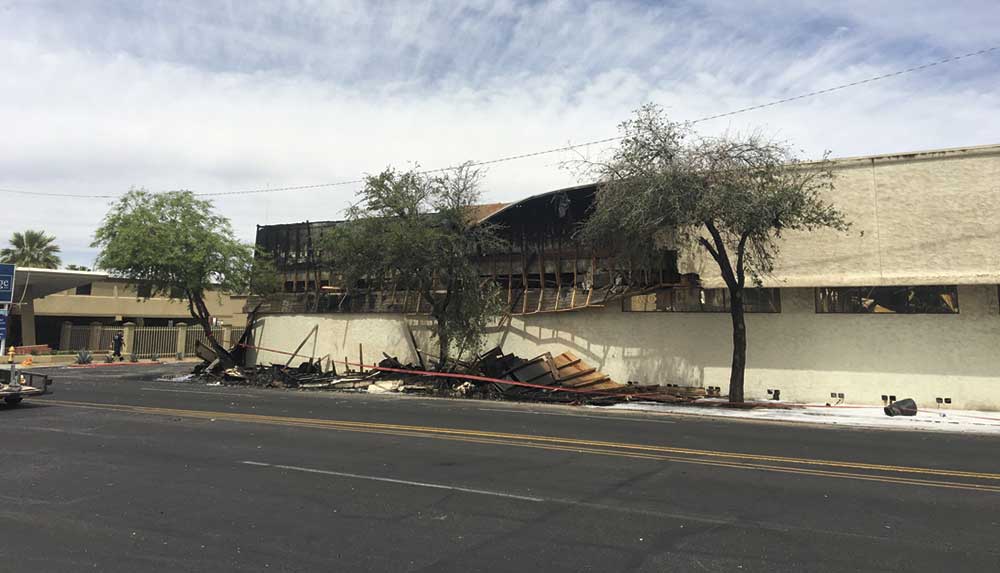 “One morning in April, I awoke to a barrage of text messages asking ‘Is your studio on fire?!?’ The news channels reported 100 firefighters were battling a second-alarm fire at Fifth Avenue and Van Buren [Street]. Lucky for me, the fire was not in my studio, but across the street. As my north-facing garage door opened, the stench of smoke poured in. Cory Cunnington and [other] Phoenix Fire Department [personnel] were pulled from inside the building due to safety concerns and to go on the defensive. I watched as four hoses doused the building with gallons of water. No one was hurt, but the 51-year-old vacant fire department administrative office building couldn’t be saved… although it was already slated to be torn down for a new apartment complex.”

— RANDY SLACK
Valley artist, co-owner of Legend City Studios and curator of the annual Chaos Theory art show. See his work at Lux Central and on Instagram @slackrandy and @randyslackart.

Calling all Photographers!
Do you have a newsworthy photo or a shot that tells an interesting Arizona story? Submit your photo and the story behind it to phxmag@citieswestpub.com for a chance to be featured on this page.