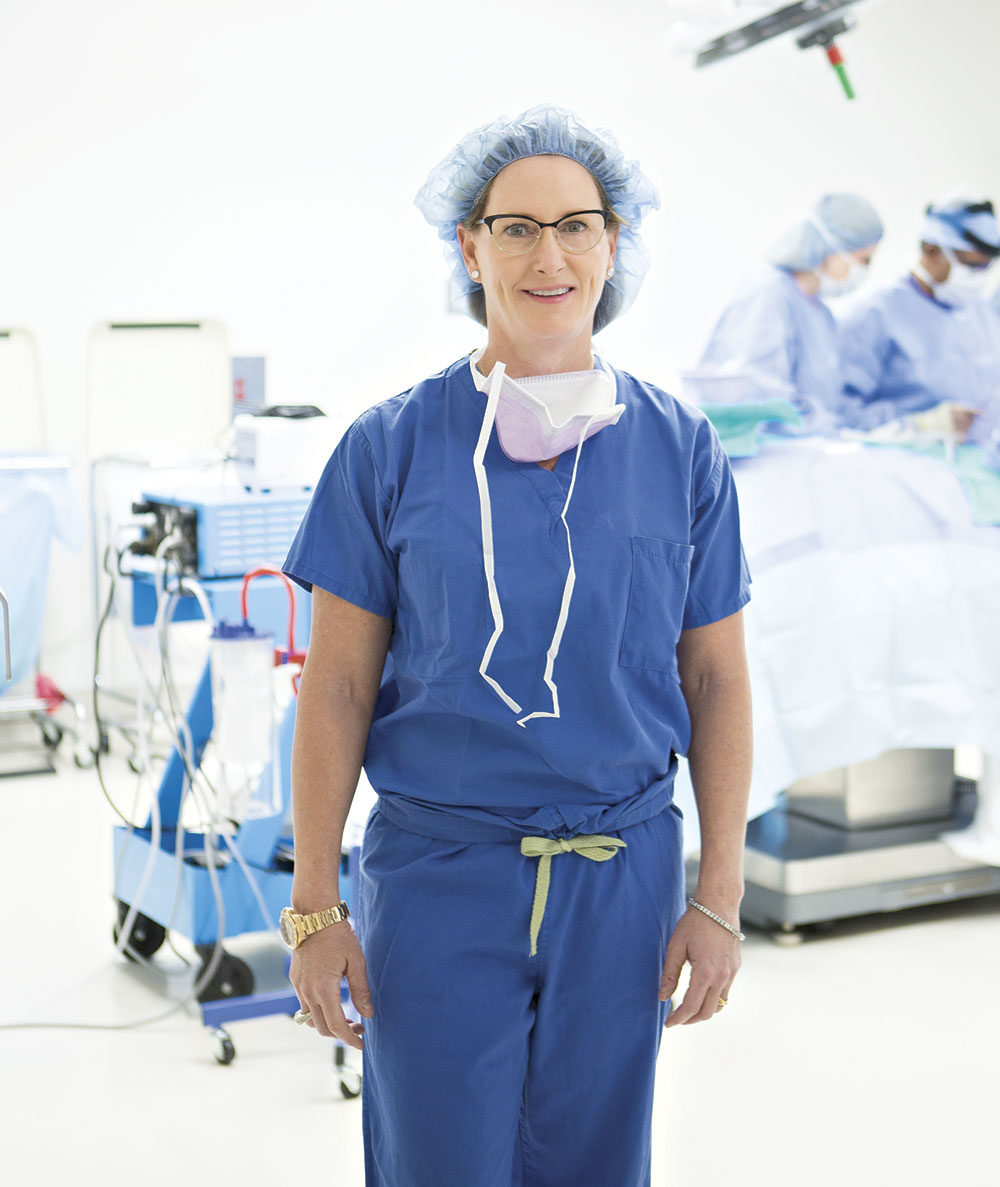 In 1970, when Americans were focused on President Richard Nixon’s invasion of Cambodia and the breakup of The Beatles, two Phoenix physicians opened Surgicenter, the country’s first freestanding outpatient surgery center, at 10th Street and McDowell Road. They wanted to give patients a more personalized experience. The center has since been torn down, rebuilt and is now part of the Banner Health system.

Today, 64 percent of freestanding outpatient surgery centers are physician-owned, according to the Ambulatory Surgery Center Association, spanning from bariatrics to vascular surgery. Convenience, cost and better outcomes are cited by physicians who invest in their own operating rooms – brought into sharp contrast by the U.S. health system.

Dr. Paul Berggreen, president of Arizona Digestive Health, a Valley practice with 57 gastroenterologists and 11 outpatient surgery centers, says the trend has been on the rise since the ’70s. He says many procedures don’t require “all the rigmarole” of the hospital, including paperwork, logistics and exposure to sickness.

Berggreen built the Arizona Endoscopy Center in 1999 to perform colonoscopies and upper endoscopies, which can be done there more efficiently and less expensively, he says. “We’re small and nimble… Patients are thrilled because it’s cheaper, it’s a better experience and they get a lot of personal service. But the hospitals aren’t happy, because they’ve lost a big source of revenue.”

Breaking down reimbursement costs for a colonoscopy: For every dollar charged by a hospital, an outpatient facility costs 57 cents, Berggreen says. “Insurers… save a lot.” Physicians don’t recoup the cost of building a center for a few years, he says. “If you run it efficiently and you’re busy enough, then eventually it becomes a revenue source.”

For Scottsdale plastic surgeon Dr. Patti Flint, building a surgery center became a necessity. In 2014, Scottsdale HonorHealth administrators informed Flint, who had been on the hospital’s staff for more than 20 years, that she and her plastic surgery colleagues needed a different venue for their surgeries.

“To say I was displeased is an understatement,” Flint says. “But it was clear to me that the writing was on the wall. Hospitals have become disenchanted with providing aesthetic plastic surgery because it’s not a big financial benefit to them.” Most plastic surgery patients pay out of pocket, so the amount the hospital can charge is “pretty low” compared to the reimbursement on other procedures.

Flint saw the break as an opportunity. She opened the 7,000-square-foot Scottsdale McCormick Ranch Surgicenter (MRS) in January 2017. MRS has three operating rooms and is staffed by “superstars” from the hospital who “were also happy to leave an environment where they felt undervalued… Hospital administration never tried to keep any of them, which was my gain.” Scottsdale HonorHealth declined to comment.

In Phoenix, 25 cardiologist-investors headed by Dr. Nathan Laufer opened the Cardiac Cath Lab of Phoenix in August 2016. Laufer cites many reasons for the move, including decreasing reimbursements from Medicare and insurance companies, and autonomy. “We felt it wasn’t appropriate for patient care for physicians to be told how to practice medicine by a hospital administrator.”

Laufer sees physician-built surgery centers as the wave of the future.

“We’re all working together as a team to take the best care of the patient that we can,” he says. “Everybody’s happy.”

2014
In AZ, Medicare saved $28 million+ on cataract surgeries because beneficiaries had procedures in surgery centers. Arizona patients saved more than $10 million on copays for more than 32,655 colonoscopies.