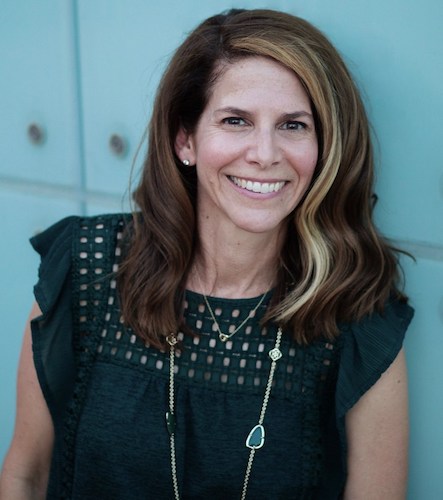 You’re a journalist turned novelist. Does having a journalistic background affect your writing?
A downside to being a journalism student is you tend to write really thin. Any and all kind of adjectives and setting is rejected because it’s ingrained in your head to just get the facts. When I first draft a new book it’s really thin because my journalism brain goes to work and just gets the story down. Then I go back and expand on the characters and setting.

Where did you get the idea for such a story?
It’s kind of a funny story. Historical fiction was never really in my wheelhouse, but then I visited the Museum of Science and Industry in Chicago. When I walked into the museum there was this biplane tethered to the ceiling with a mannequin hanging off the wing. The sign next to the exhibit read “Ethel Dare.” She went with a pilot and he did daredevil stunts with the plane while she basically hung off the wing and did all these crazy tricks without a parachute. I thought this would be a great story. That night I went back to the hotel and did all this research. I found that there were all these women in the 1920s who basically performed with these flying circuses on top of planes. That’s how I got started.

You’ve lived in California, Arizona and Tennessee. Where did you write the book? Do you think that had an influence on the book?
I was here in Arizona when I wrote the book. Of course, I was visiting Chicago when I got the idea. A lot of the ideas and the elements of Chicago are in the book. The rest of it took place here in town. When I wanted to have scenes dealing with flying and parts of a plane, I went to Falcon Field Museum. I took about a million pictures of planes and asked a million questions. They didn’t have anything that would fit the time period, but I still wanted to get a feel for it.

Where did you draw inspiration from for the main character, Grace?
I knew that I really wanted her to not be the typical 1920s girl that you would see. She wasn’t going to be a flapper. With the background I built for her, I knew she was going to be a tomboy being raised by a man and being around planes all the time. She was also going to have a sense to not want to follow all the rules women were expected to follow during that time period. She’s a little bit abrasive. She’s very headstrong. She butts heads with a lot of men in the book. I didn’t try to write her as unlikable. I tried to write her as very focused on that single goal and not letting anyone including any man get in her way. She’s very focused, but she’s not like a lot of women you would expect from that time period.

What are some of the themes of the book?
There are big themes of family and loyalty and trust that are found throughout the book. That’s kind of Grace’s motivation for a lot of the choices she makes which aren’t always so great. I say she’s a lovable but highly flawed character.

I saw on your website that you make crazy playlists for every single book you write. What were some of the songs you were listening to when you were writing this book?
It’s funny because one of the nicest compliments I got from people who have read it is that it reads very cinematically. I did it on purpose. I’m a writer who really likes to include all of the five senses and so I really have to get into a scene. In the book when Grace is actually doing the stunt, I wrote it so the reader will be out on the wing with her and they’ll be able to feel the heat of the oil coming off the engine and the sound of the exhaust. I needed stuff that was going to inspire me. If someone saw my playlist they would laugh. I think with historical fiction, you’d think I picked all this old music. It’s actually all really modern alternative music. There’s this song by Young the Giant called “It’s About Time” and it’s really upbeat and really cool and fast. When I heard the opening chorus it made me think of Grace on the wing holding on as the plane goes into a loop. My playlist for this book is really upbeat alternative music. There are a few slower 1920s songs to bring me back to the time period, but the playlist as a whole is really modern.

Any upcoming book signings or tour?
I’m doing my book launch on March 31 at Changing Hands in Tempe at 4 p.m. It’s going to be a conversation with another young adult writer. We’re going to be chatting about books and YA, then I’ll do a signing after that. That’s my only local thing for the moment.

For more information on other novels by Amy Trueblood, visit amytruebloodauthor.com.