Arizona Opera president Joseph Specter knows you have an idea in your head about who goes to the opera. Go ahead, imagine the “typical” opera-goer. They’re likely cultured, well-mannered and maybe even a little stuffy – think Frasier and Niles Crane, sipping sherry and guffawing from the safety of your Netflix queue. But there’s no one kind of person who goes to the opera, Specter says. With the Arizona Opera’s 2018-2019 season, he hopes to prove the point with a series incorporating jazz, tango and history. 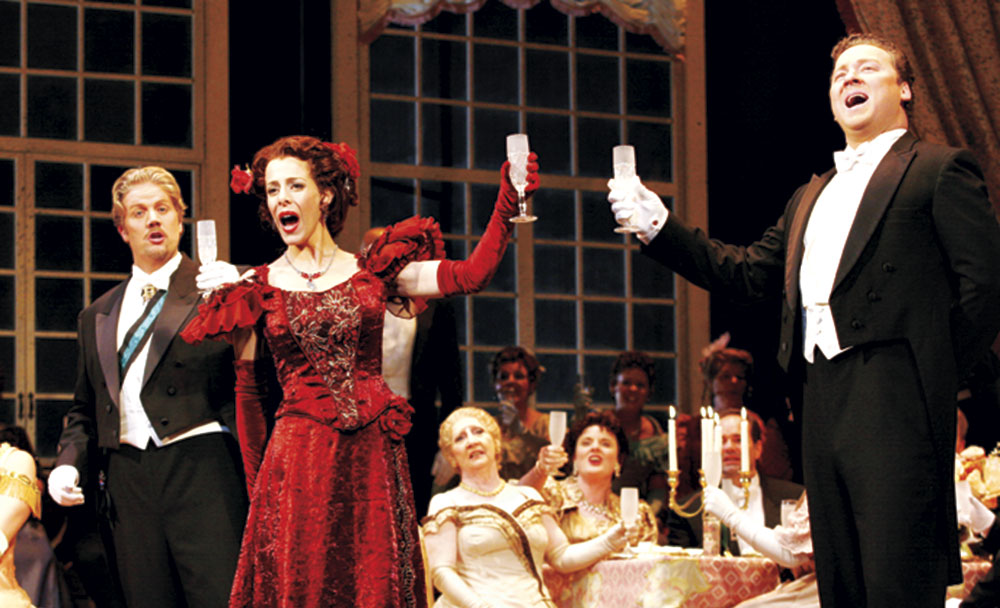 “I really think the stories we’re telling reach across different age groups [and] socioeconomic backgrounds,” Specter says. “We really want to test the boundaries of who we can reach with this art form.”

To that end, the company is staging a new series of programs this fall dubbed “Arizona Opera RED” at the Herberger Theater Center in Phoenix and the Temple of Music and Art in Tucson. These venues offer a smaller, more intimate setting than their typical gigs at the Arizona Opera Center in Midtown and a chance to experience the physicality of the performance, Specter says. Astor Piazzolla’s 1968 tango opera Maria de Buenos Aires opens the season in September with Daniel Schnyder’s 2015 Charlie Parker’s Yardbird, an exploration of the saxophonist’s life, following in November. The Main Stage Series brings the company back to Symphony Hall in Phoenix and Tucson Music Hall for Giuseppe Verdi’s La Traviata in January 2019, the Pulitzer Prize-winning Silent Night in March and Mozart’s The Marriage of Figaro in April of 2019. The bold new slate of programming seeks to explore the modern opera landscape – building on 2017’s production of Riders of the Purple Sage – the first world premiere the opera staged.

By balancing bold works with classics, Specter hopes to establish “an opera company for the 21st century,” one that “can connect with audiences that both adore opera and those that would fall in love with it if only we provided a context where they felt like they could connect.”