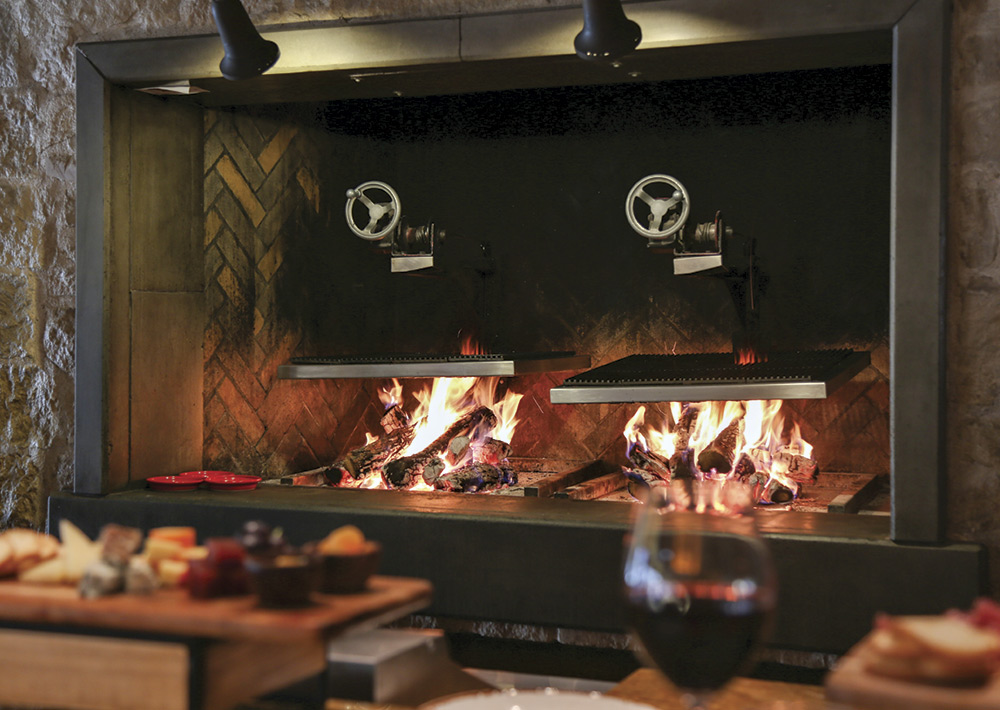 In 1988, Chris Bianco set up one of the Valley’s first wood-fired pizza ovens in the corner of an Uptown Plaza grocery store. Bianco, now chef/owner of Pizzeria Bianco, Pane Bianco and Tratto, sparked a movement of flame-kissed pizza in Phoenix.

Another wood-fire pioneer, Aaron Chamberlin, opened the hearth-focused St. Francis restaurant in 2004, showcasing a 6-foot wood-burning oven where almost every dish is touched by fire.

Years later, wood-fired cooking is the Valley’s hottest trend – a back-to-the-cave method that coaxes flavor out of everything from pork ribs to artisanal pizzas. Wood-fired fever is spreading all over town. At Joe’s Midnight Run, chef Michael Goldsmith cooks nearly everything from his global menu in an 800-degree wood-fired oven. Rumor has it that MATCH Restaurant & Lounge snagged James Beard Award-winning chef Alex Stratta with its wood-fire setup.

But the fiery love fest is no more apparent than on a tony stretch of Lincoln Drive in Paradise Valley, where three resort chefs hang their toques on wood-fired or charcoal-powered ovens/grills. When Mountain Shadows resort’s restaurant Hearth ’61 was on the drawing board, executive chef Charles Wiley envisioned a kitchen without open burners and no visible smoke. But a restaurant needs heat, and Wiley wanted a showpiece for the resort’s exhibition kitchen. He decided on a mammoth $25,000 custom-made Wood Stone Corp. hearth oven from Bellingham, Washington. It uses infrared gas burners, radiant burners and pecan wood. “We have the best of both worlds. We’ve got precision heat and we’re able to get that smoky flavor infused in the food,” Wiley says.

Restaurants are allowed to burn wood for cooking, “even on a no-burn day,” says Bob Huhn, communication supervisor at Maricopa County Air Quality. The county and state limit the smoke’s opacity, which the county measures by sight and the state by camera.

It takes about five days for cooks to learn to operate the oven, Wiley says. Food is cooked in cast iron pans moved around with a long, hooked pole. “It’s a very physical job because the cast iron is so heavy,” he says.

Yaakoubi cooks lamb chops, filets and chicken on the grill and uses a sauté pan directly on the fire to prepare sauces and delicate proteins. To control the heat, he adjusts the metal grates by cranking them up and down. He feeds the fire with 10 pounds of aged white oak every half hour. He mans the fire five days a week. “It’s my passion.”

The $22,000 “barbecue” uses clean-burning Quebracho, an Argentine charcoal from a replenished forest – about a 40-pound bag each night at a cost of $35 per bag. Unlike a barbecue, the Josper operates with the door closed, obstructing the cook’s view. “Learning how to get the coals to the right temperature is the hardest thing,” Millist says. “I can assure you we torched a lot of steaks in the first few days.” The oven can hold up to 80 filets, and it takes savvy maneuvering to keep track of all of the different temperatures. “That’s the skill of the chef,” he says.

Lincoln doesn’t have an exhibition kitchen, but if you’re curious about how the Josper oven works, Millist and staff will happily escort you into the kitchen to take a peek.