But it was also the plot of Hercules in the Haunted World (Ercole al Centro della Terra), a hokey, albeit visually beautiful, 1961 Italian “Sword and Sandal” movie directed by the great Mario Bava, starring the British bodybuilder Reg Park as Herc and the British horror star Christopher Lee as the heavy. In this operatic version, the flick is projected above the orchestra and singers, who perform a full score by American composer Patrick Morganelli, with the script serving as libretto. Presto! Movie kitsch becomes legit operatic saga.

It’s packed with jaunty sidekicks and brutal battles and mystic oracles and magic apples and imperiled damsels and lethal risen dead and a procrustean ambulatory mineral monster. And, of course, plenty of hurled boulders. You know, the good stuff. 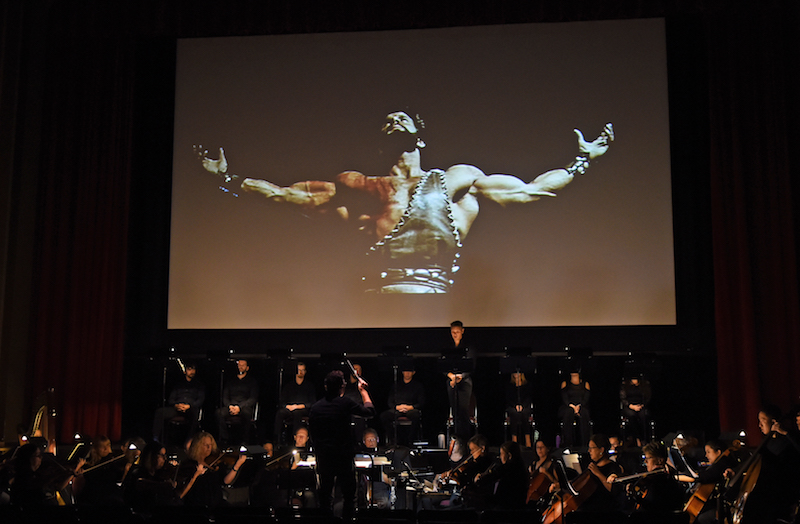 Arizona Opera also notes that this is a family-friendly event. And since we’re only a week away from Halloween, folks are invited to come in togas or other costumes and to arrive an hour before curtain time to participate in activities like a “Hercules Photo Booth,” or to “Groove to the sounds of DJ Procrustes.” Because when things are this corny, it’s better to lean in than fight it.