Kate Benjamin has 13 cats. That might sound like an unlucky number to some people, but it’s been a boon for Benjamin, who turned her fondness for felines and eye for design into a blog called Modern Cat reviewing cat products in 2007, and then into her own company called Hauspanther in 2013. From her studio in Downtown Phoenix, Benjamin designs curvy cat lounger shelves, Mid-Century Modern-looking multi-level cat beds, and scratchers that look like sculptures. In 2015, she teamed up with Jackson Galaxy of the Animal Planet show My Cat from Hell to write Catify to Satisfy, a book that explains cat behavior and how enhancing one’s environment can be rewarding for both cat and owner.

When did you become a “cat style expert”?
It’s such a strange title that I made up because I wasn’t sure what to call myself. When I got my first couple of cats, I was working as the director of marketing at Boon, a children’s product development company that’s based in Tempe. And it was a time in the industry when parents started saying, “Just because I have children, I don’t have to lose my sense of style. I can have a good-looking house… I can still have a beautiful crib, a beautiful stroller.” And I started saying, “Wait a minute – why isn’t anybody saying the same thing about cat products?”
So… cat couture?
Just because I have cats doesn’t mean I have to have ugly things in my house. I don’t have to have a giant, beige carpet-covered scratcher… So I started poking around, looking for companies that were doing beautiful, functional products and interiors for cats. And I found several… and one night, I started a blog. It grew so quickly, because no one else was writing about the topic. I got a lot of attention from the media – USA Today, [CBS] Sunday Morning, The New York Times. They would always reference me, and my blog, and this whole new concept.
What makes a great cat product?
Function and aesthetics. First and foremost, it has to work for everybody who’s involved in using it, which is both the cat and the cat guardian. Because the cat guardian has to move it, clean it, buy it, but they’re buying it for their cat to use – it’s a scratcher or a litterbox or a bed, something that accommodates their natural instincts.
Because I had cats, I had a good sense of what made a functional toy. And then because I have a design background, I also had the sense of what would look good and be appealing visually… but it wasn’t until I met Jackson Galaxy that I really understood the link between good design and cat behavior. We basically defined the term “catification.”
What is “catification”?
Catification is functional design that meets cats’ behavior needs, but then it’s also done in a way that looks good. Catification is much more about environmental enrichment… Ultimately, all of this – the environmental enrichment, the product design – is about improving the quality of life of these cats that we live with that we love so much.
How many nicknames does each cat have?
That is absolutely a thing! Totally! Every cat owner has at least 20 names for every cat. And sometimes you just have to say like, seven or eight of them in a row. One of my black cats is named Little Bear, which becomes Bear, Boo Bear, Boo, Boober, Booburrito… see the progression?
Do you have any dogs?
I have never had one. I am very rarely near them. They tend to not really like me. But I have to say, my goal in life – yes, I’m focused on cats – but the ultimate goal here is to raise people’s awareness and consciousness to have more empathy towards all life. So all animals, all pets, all farm animals, and ultimately, just one another, too.
-PM 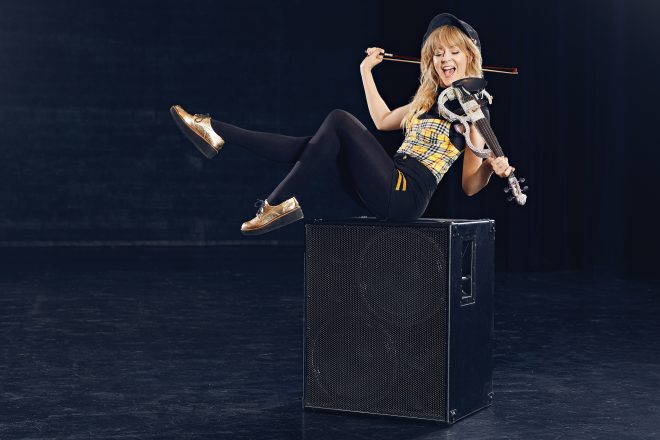