ARTIST OF THE MONTH: Photographer Brian Klein’s latest show, Biophilia, is atypical for the shutterbug – for the first time, his visions were captured digitally rather than on film, in order to elevate and sharpen the standards of detail. A fan of the old roll, Klein finds film lacks the “damaging effect” he believes technology proliferation has had on photography.

Discussing leaving his “comfort zone” by pulling out all the F-stops, Klein clarifies the meaning behind the show’s title: “‘Biophilia’ is the term I like to use for the hardwired human need to connect with nature,” he says. “Where man has created sterile environments, we always see those natural elements that have been re-introduced.”

A self-taught photographer with an artist’s eye, Klein, 42, has established himself as a most innovative cameraman, thanks to his affinity for old-school processes, ranging from photomontages to printing on alternate substrates, such as aluminum and copper.

Initially, Klein’s foray into photography was sparked by a passion for the technical side of the craft, as evidenced by his use of a commercial signage process to produce the pieces that compose Biophilia’s nucleus – architectural studies printed on aluminum.

Klein says he’s always been drawn to architecture, because to his eye, “Architecture is an extension of what the animal kingdom does all the time – there are abstractions everywhere in nature. I like to look for those in man-made structures and incorporate man-placed nature to juxtapose.”

Biophilia is on view November 6 through November 20 at the Bokeh Gallery at MonOrchid (monorchid.com/bokeh-gallery). You can also view more of Klein’s work at kleinphotographic.com. 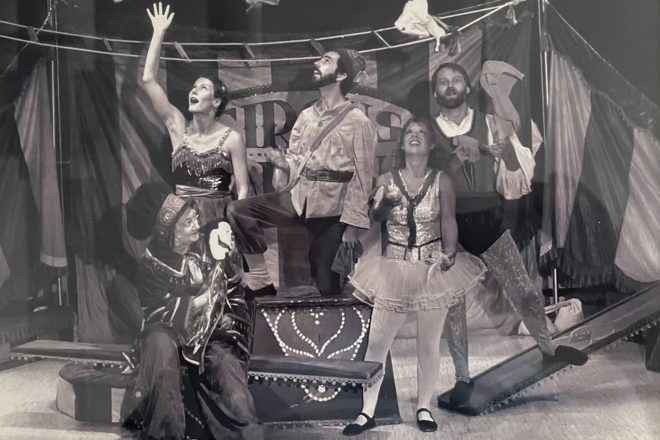