Or: How I Learned to Start Road Tripping and Love the Bomb.

The end of the world as we know it could have been unleashed from this hermetically sealed, hospital-green silo 20 miles south of Tucson – and 35 feet below it. With the turn of two keys, a 103-foot-tall Titan II missile would have blasted off toward the mysterious “Target 2” somewhere in the Soviet Union. The inevitable nuclear volley would have spelled atomic omnicide. A radioactive miasma metastasizing around the world. Curtains for everything but cockroaches and creosote bushes. That was the idea, at any rate – a nuclear sword of Damocles suspended over the planet.

The gelid heart of the Cold War was fear – fear that motivated an arms race leading to a prospect so chilling it kept actual war on ice. “This threat of… mutual assured destruction, or MAD, was the driving force behind peace through deterrence,” Titan Missile Museum archivist Chuck Penson says of the ultimate military irony.

The bygone era of “duck and cover” air raid drills has become part of our collective consciousness, and the artifacts of the Armageddon-that-might-have-been are scattered in museums and test areas throughout the country. They’re particularly concentrated in the Southwest, where sere, bare badlands positively scream “bomb site.” Visiting them is becoming increasingly popular among a particular breed of history and science buff. It’s called atomic tourism.

New Mexico
“Go to 109 E. Palace St., Santa Fe, New Mexico,” is all the physicists were told. J. Robert Oppenheimer was a vague, though effective, seducer. He recruited renowned scientists to work on a top secret project that, he claimed, would win World War II. Plaques in Santa Fe Plaza now mark the site of the Manhattan Project office where the physicists were given an orientation before being sent off to Site Y, 35 miles away in the secret town of Los Alamos. The Los Alamos National Laboratory, where “Oppenheimer’s Army” designed and built the first atomic bomb, is still in operation. Today, scientists there work on national security issues such as biothreats and nuclear weapons, plus renewable energy and nanotechnology.

The nearby Bradbury Science Museum (1350 Central Ave., Los Alamos, 505-667-4444, lanl.gov/museum) gives visitors a peek into the current work of the Los Alamos laboratory and traces the history of the Manhattan Project. You can learn how the weapons were designed, get the lowdown on underground testing and radiation, and see replicas of Little Boy – the uranium-235-core bomb dropped on Hiroshima – and Fat Man – the plutonium bomb detonated over Nagasaki. The Los Alamos Historical Society Museum (1050 Bathtub Row, Los Alamos, 505-662-4493, losalamoshistory.org/Museum.htm) provides additional information on the Manhattan Project, as well as the natural history of the area.

About an hour and 45 minutes south, in Albuquerque, the National Museum of Nuclear Science & History (601 Eubank Blvd. SE, 505-245-2137, nuclearmuseum.org) delves even further into the Atomic Age, with exhibits chronicling the Cold War from the 1940s to early 1990s. Tour a recreated fallout shelter furnished with Civil Defense-issued materials necessary for surviving a nuclear attack. See a calutron (a mass spectrometer that separates the bomb-quality isotope of uranium), stockpiled bombs and missiles, the actual casings of Fat Man and Little Boy, and a replica of the Trinity Tower used in the first atomic bomb test.

Driving south past Socorro, you’ll hit Highway 380 and the hamlet of San Antonio, home to the dive-y Owl Bar & Café (79 Main St., San Antonio, 575-835-9946, socorro-nm.com/owlbar.htm), where Oppenheimer liked to fuel his brain with green chile cheeseburgers. He needed them. In just three years, he and his fellow scientists at Los Alamos had devised and built several nuclear devices, including a simple bomb using uranium-235 that they were confident would work without testing, and a more complex bomb utilizing the newly discovered element plutonium. They decided they needed to test the latter, and where better than in the New Mexico desert?

At 5:29 a.m. on July 16, 1945, scientists and military watched as a mushroom cloud 20,000 feet high erupted over Trinity Site and punched through the clouds. The blast melted the sand into green glass. The shock wave shattered windows 120 miles away. Though the public didn’t know it yet – the test was kept secret, and New Mexicans who felt the rumbling were told a munitions storage area had exploded – the world was propelled into the Atomic Age.

Today, the Trinity Site at what is now the White Sands Missile Range northeast of Las Cruces is open to tourists only two days of the year (April 6 and October 5 in 2013; no reservations necessary; 575-678-1134, www.wsmr.army.mil/PAO/Pages/default.aspx). Visitors on the free tour see ground zero and the McDonald Ranch House, where the plutonium bomb was assembled. But year-round, you can visit the free White Sands Missile Range Museum (575-647-1116, wsmr-history.org), which chronicles the dawn of the Atomic Age and America’s missile and space technology, plus features a park displaying missiles and rockets tested at White Sands.

Today, the Department of Energy conducts monthly, all-day bus tours of the site (702-295-0944, nv.energy.gov/outreach/tours.aspx) departing from the National Atomic Testing Museum (755 E. Flamingo Rd., Las Vegas, 702-794-5151, nationalatomictestingmuseum.org). Note that the tours sell out at least eight months in advance and require a six-week-long security approval process. On the tour, you’ll trundle past “radiation hazard” signs, the crumpled remains of aluminum shelters, a twisted bridge, concrete bunkers, and a site where scientists clothed pigs in protective suits, exposing them to blasts to test the quality of the gear. Back in the day, workers also constructed a small dummy town here, including stores, cars, and homes filled with mannequins and stocked refrigerators. It was all blown up. A hollow, two-story house is pretty much all that remains.

When atmospheric testing was banned in 1963, military scientists set off bombs underground – 828 of them – creating a lunarscape of craters, including one that visitors drive into on the bus. A crater called Sedan was the result of a test for the Operation Plowshare program, designed to use nuclear bombs for peaceful motives such as widening the Panama Canal or connecting aquifers in Arizona. What could possibly go wrong? A gaping maw 1,280 feet across and 320 feet deep that exhaled a plume of radioactive dust. Operation Plowshare was axed in 1977.

Arizona
All of those tests were designed around real-world situations in which bombs would be dropped on the enemy. The Pima Air and Space Museum (6000 E. Valencia Rd., Tucson, 520-574-0462, pimaair.org) houses many of the planes that could have done the job. As you wander through the hangars peeking into planes, your pulse raises a bit to imagine how it would feel to be strapped into one of these claustrophobic capsules, facing a dizzying array of dials, with machine gunfire whizzing past as you swept over a war zone. On an outdoor tram tour, you’ll see a C-133, calibrated to carry Titan intercontinental ballistic missiles; the Boeing NB-52A Stratofortress, designed to drop nuclear bombs on the Soviet Union; and scores of other historic aircraft including a shark-painted bomber that flew in Vietnam, and – hello, Argo fans – the Air Force VC-137 Stratoliner that carried home the U.S. hostages who had been captured in the American Embassy in Tehran.

But far more ominous is the sleeping subterranean giant to the south that, if awakened, would have spelled the death of billions across the planet. The Titan Missile Museum (1580 W. Duval Mine Rd., Sahuarita, 520-625-7736, titanmissilemuseum.org) houses the one remaining of the 54 Titan II intercontinental ballistic missiles – the largest and most powerful ICBMs ever deployed by the U.S. – that were scattered throughout the country between the early ’60s and ’80s. Decommissioned in 1982, the site is now a National Historic Landmark hosting a variety of tours, including basic one-hour iterations, special Tuesday tours led by former crew commander Yvonne Morris, five-hour top-to-bottom tours, and even overnighters.

Each tour will take you into Site 571-7, the underground Cold War bunker where a crew of four Air Force servicemen and women watched over the missile day and night. Security back then was tight: Entering the various doors required a series of four phone calls and security checks. With the exception of the crew’s quarters, personnel had to be accompanied by an officer at all times, both to ensure quick response if someone became injured and to make sure no one turned traitorous and launched the ICBM. Every 12 hours, the crew conducted a meticulous inspection, necessary when you’re living with a missile containing chemicals so volatile a leak could set the very air afire.

The crews were trained for that fateful day when a voice would crackle over the speaker with a code. Having confirmed the code, two crew members would open a safe and pull out a corresponding authorization card. If it matched, they knew they had their orders from the president. They would grip two keys on the control boards, located far enough apart that one person couldn’t touch both, and turn them to the right. Within 58 seconds, a butterfly valve lock would open, allowing toxic fuel and propellant to flow together, and the missile would blast off. In just half an hour, the warhead would impact on Target 2.

“They waited for more than 20 years,” archivist Penson says, “but the message never came.”

President Reagan retired the Titan IIs in 1982 as part of a weapon-modernization program. The USSR was formally dissolved in 1991, and tensions with Russia fizzled – only to be replaced with new hostilities.

Like all war memorials, the Titan Missile Museum and its inert weapon of mass destruction read as a cautionary tale, even if this war was a threat that never materialized. As Penson says, “571-7 also serves as a constant reminder that peace is never fully won, it is only kept from moment to moment.” 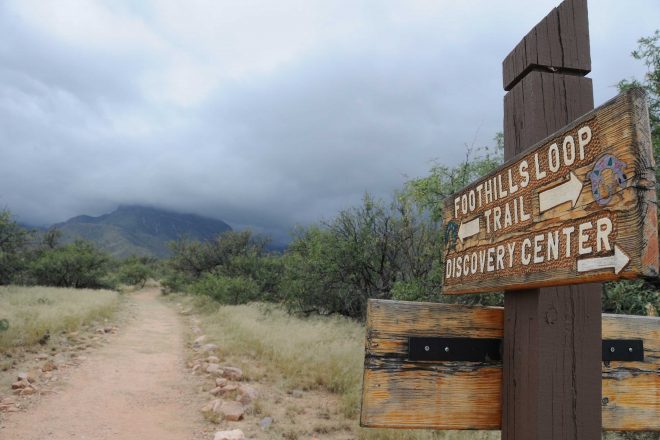 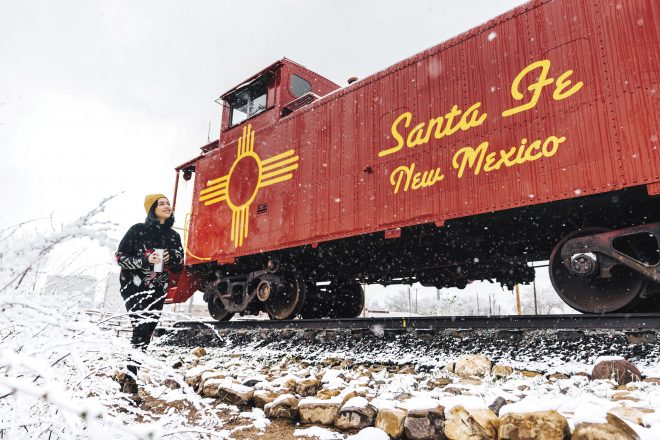 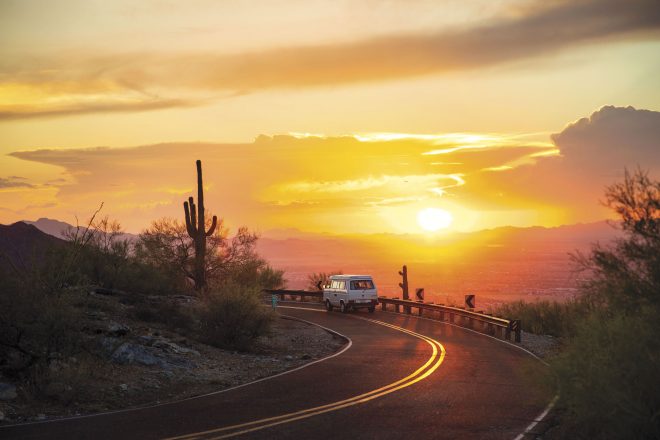