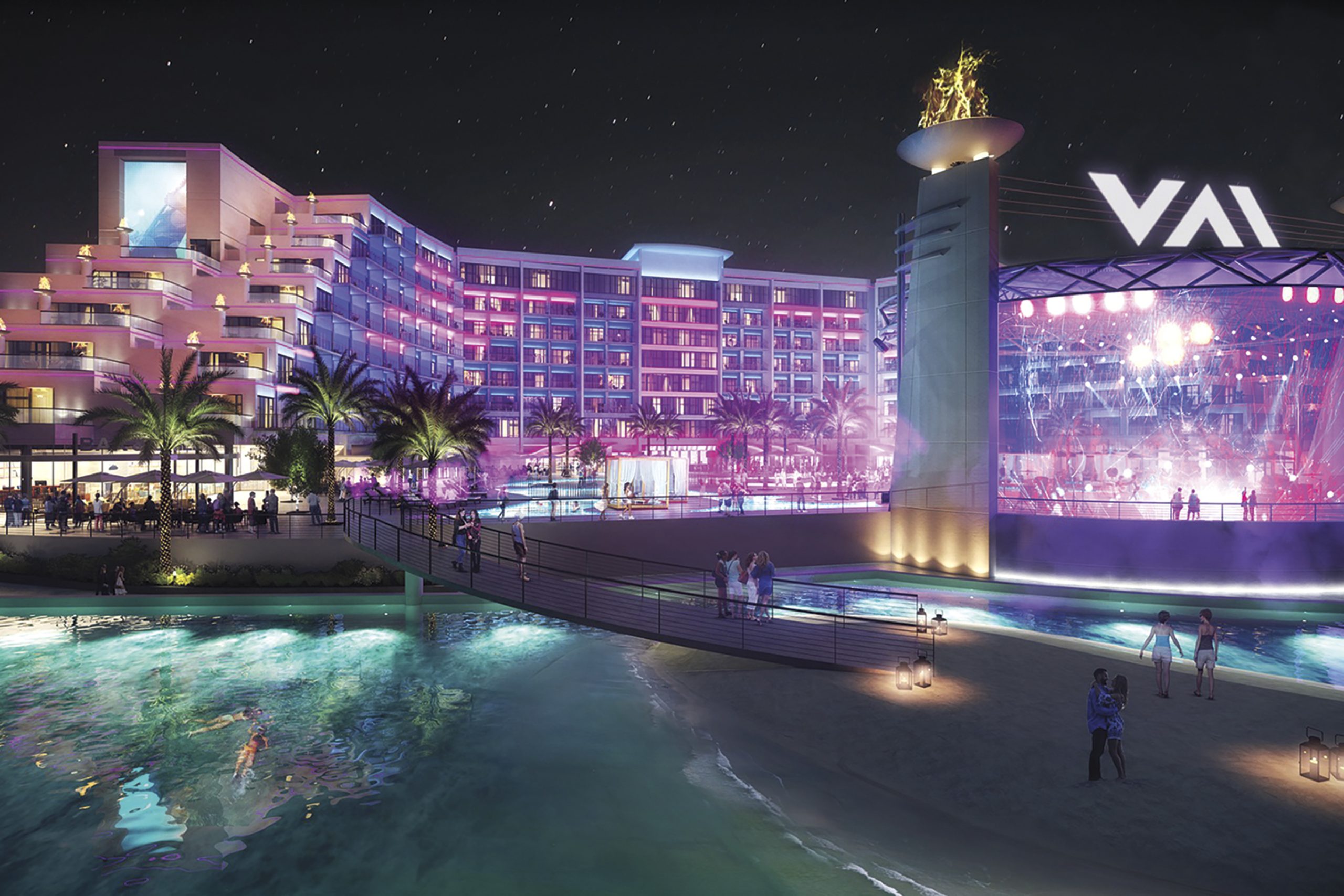 Glendale will soon be home to Arizona’s largest hotel, the centerpiece of a supersize entertainment complex.

A chunk of farmland in Glendale once slated for an IKEA will be transformed next year into a resort and theme park built around a lagoon near State Farm Stadium.

Construction of VAI Resort is expected to be completed by the end of 2023 on what backers say will be the largest hotel and entertainment destination in the state. City leaders hope the project will boost efforts to draw people to the area.

“It doesn’t take a genius to really kind of see the evolution of the west side, and I wanted to be on the forefront of that with this resort and kind of change the narrative of the west side,” says Grant Fisher, VAI Resort president and chief executive. Fisher says the availability of well-placed land and the city’s development-friendly attitude are among the reasons to build there.

The resort will rise from 60 acres on the south end of Westgate Entertainment District and include a hotel with 1,200 rooms, a 7-acre water feature with white sandy beaches and a man-made island. A 360-degree concert stage will be at its heart.

A theme park by toy giant Mattel will be built to include a roller coaster, go-kart track and an indoor, battery-powered passenger train, according to plans. Built as Arizona’s first major amusement venue since Legend City closed in 1983, the park will be 97 percent indoors, so visitors can enjoy even during triple-digit summers.

The project replaces Crystal Lagoons, a less ambitious concept – announced in 2020 – that was scheduled to open in time for the Super Bowl in February 2023, but was delayed when the resort’s construction company took over as owners and greatly expanded its scope. Under the new development deal, Glendale will forgo $1 million in fees and offer reduced property taxes on a portion of the project. The city also will provide 2,600 parking spaces when not used by the Arizona Cardinals for games or major events.

Glendale city manager Kevin Phelps says there was no bidding war for the project and that any incentives given were minimal considering the projected return of more than $200 million over the next 25 years.

“We see it as a way to differentiate ourselves [from other cities] without saying, ‘They are bad and we are good,’” he says. “We see it as finding a niche that we can fill.”