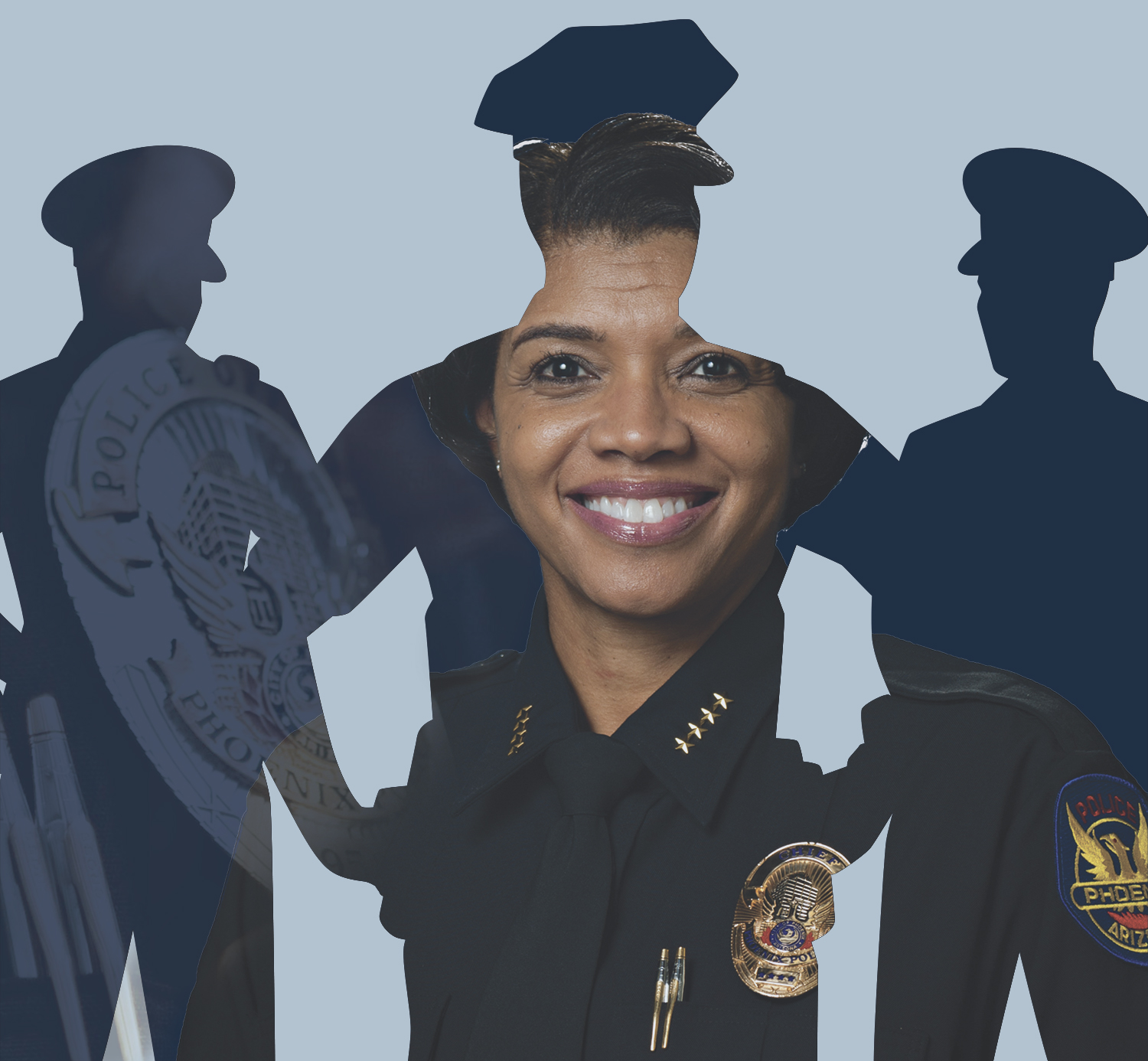 Phoenix Police chief Jeri Williams is retiring amid controversy and lawsuits. Though she says she’s “not running away from anything,” her successor will inherit a troubled command.

Departing Phoenix Police chief Jeri Williams begins what amounts to her exit interview for PHOENIX by exhaustedly dropping into a chair in an empty press room at police headquarters. Stretching her 5-foot-11 frame in a classic Flashdance plank – legs out, head back, arms flung to her sides – she groans, as if feeling the weight of her 33 years in law enforcement, the last six spent as chief of the fifth-largest U.S. city’s police force, teeming down on her like buckets of pounding water.

“It’s been nonstop lately,” she says. “And it’s not even life-or-death decisions now, it’s all operational paperwork.”

Williams announced her retirement in May, but as this issue went to press in mid-June, a firm date for her departure was still pending, and no interim replacement had been named. Still, the chief is “busier than she ever has been” preparing for the transition, a spokesperson says.

“It’s wearing me out!” Williams yelps, showing the flair for the dramatic she developed as a fine arts major at Arizona State University and the engaging personality she’s perfected over six years of testy press conferences.

Certainly, Williams’ term has been fraught with challenges. In 2016, she was hired as the city’s first female chief and only its second African American chief following the firing of Daniel Garcia, whose reckless handling of a case in which an officer shot and killed an unarmed Black man had set off Downtown protests. While her hiring made for good optics, many Phoenix residents, even in the Black community, initially eyed Williams simply as window dressing, a perception she’s had to consistently fight. “I had to show I didn’t get picked to be the Phoenix police chief because I was Black and female,” she says. “I got picked because I was the best person out of the pool of applicants – and I happen to be Black and female, which gives me different perspective, a different lens.”

Some, citing the record number of officer-involved shootings and resulting protest-related arrests that occurred under her watch, charge she didn’t employ that different perspective enough.

“When Chief Williams was appointed, a lot of people thought communities would be prioritized,” says Jamaar Williams, a Maricopa County public defender and Black Lives Matter organizer who was himself arrested during a 2019 protest and charged with two counts of aggravated assault on police, charges that his attorney proved to be false. “That couldn’t have been further from the truth. What really happened is that the institution of policing became further entrenched in corruption, abuse, misconduct and violence.” 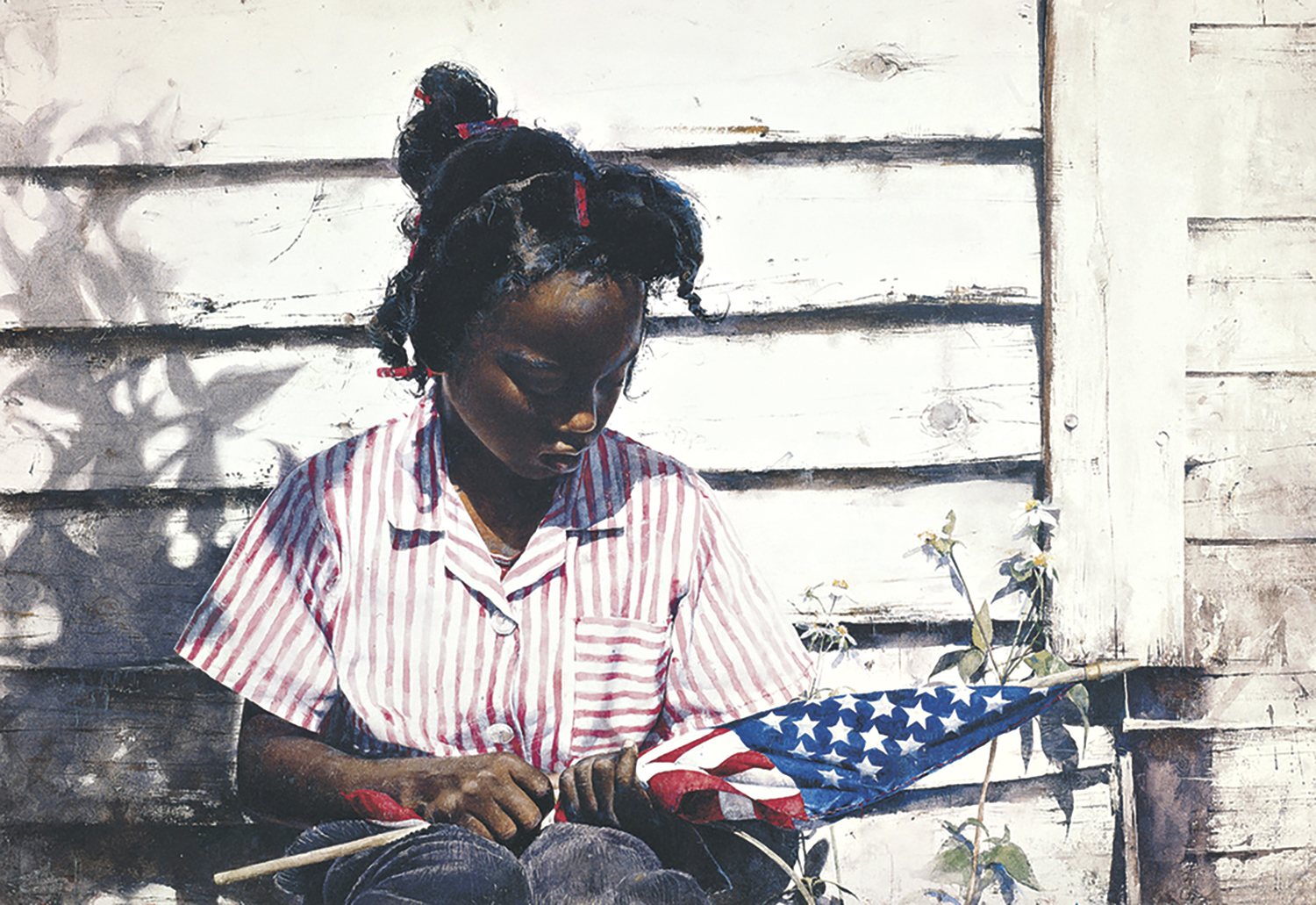 In her defense, Williams’ tenure coincided with one of the most complicated eras the city has known. Four years into her command, the May 2020 officer-involved killing of George Floyd in Minneapolis sparked fervent protests over police violence in multiple cities, including Phoenix, where thousands took to the streets peak-pandemic over a series of nights. The protests proved a challenge for any police chief in terms of use of force, but they were particularly testing for Williams, as a mom of two grown Black sons who’s also married to a justice of the peace for the South Mountain Justice Court, near their home. “There were a lot of tense conversations at my house,” she says.

Eventually, on the ninth night of demonstrations, Williams marched with the protesters herself, flashing peace signs from the steps of police headquarters before leading what turned out to be a peaceful show of solidarity.

“It wasn’t a popular decision on a bunch of different fronts, including with some of my employees,” she says. “But it was a right thing to do, for the right reason, at the right time.”

She’s also proud of the changes she made in response to the protests: getting body cameras for every officer, instituting the practice of documenting every time an officer points a weapon at someone and training officers in less lethal responses.

Williams’ legacy will be complicated. She leaves amid an ongoing investigation by the Justice Department over the Phoenix PD’s use of force and its possible retaliatory activity against protesters; as well as controversy over how she oversaw a decision by three assistant chiefs to charge 15 anti-police-brutality protesters in October 2020 with assisting a street gang – charges that were later dismissed by prosecutors over lack of evidence. The assistant chiefs were reassigned, and are, as of press time, suing Williams on allegations she made false statements about her knowledge of the felony gang charges, which she racked up to a “personnel and systems failure.”

Williams says she can’t comment on the ongoing litigation, but insists she’s not jumping ship because of the controversy. “I’m not running away from anything,” she says, leaning into her official statement that she’s only leaving “to prioritize family and explore future endeavors.” Travel and “chilling” are high on the list.

Her critics have doubts. “We’ve seen this pattern again and again with the Phoenix PD,” says Lola N’sangou, executive director of Mass Liberation Arizona, a South Phoenix-based criminal justice reform group associated with the “defund the police” movement. “There’s a scandal, a lie’s exposed and then the chief goes on a press tour trying to deny it… And then there’s a resignation. You can almost set your watch by it.”

City leaders appear intent on softening the landing of Williams’ successor. In a press release, city manager Jeff Barton outlined his plan to hire an interim police chief to guide the city through the DOJ investigation, followed by a nationwide search for a permanent chief once the dust settles. For her part, Phoenix Mayor Kate Gallego says she prizes candidates who will coordinate responses with behavioral-health professionals – messaging that will please police-reform groups. “I’m looking for leadership at the department that motivates and inspires our officers and who our community trusts,” Gallego told Axios Phoenix in June.

Williams doesn’t appear to be losing any sleep reflecting on the criticisms. On her office wall hangs a photorealistic painting by Stephen Scott Young depicting a young Black girl pensively holding a small American flag. Williams installed the piece, titled “Promised,” upon taking the job as chief, telling a New York Times reporter, “I just kind of look at her, and it reminds me that anything is possible.”

After all the ups and downs she’s experienced on the job, will she feel differently as she removes that painting from the wall?

“No, no, no,” Williams says without hesitation. “She still tells me anything is possible. And I think I’m evidence of that.”