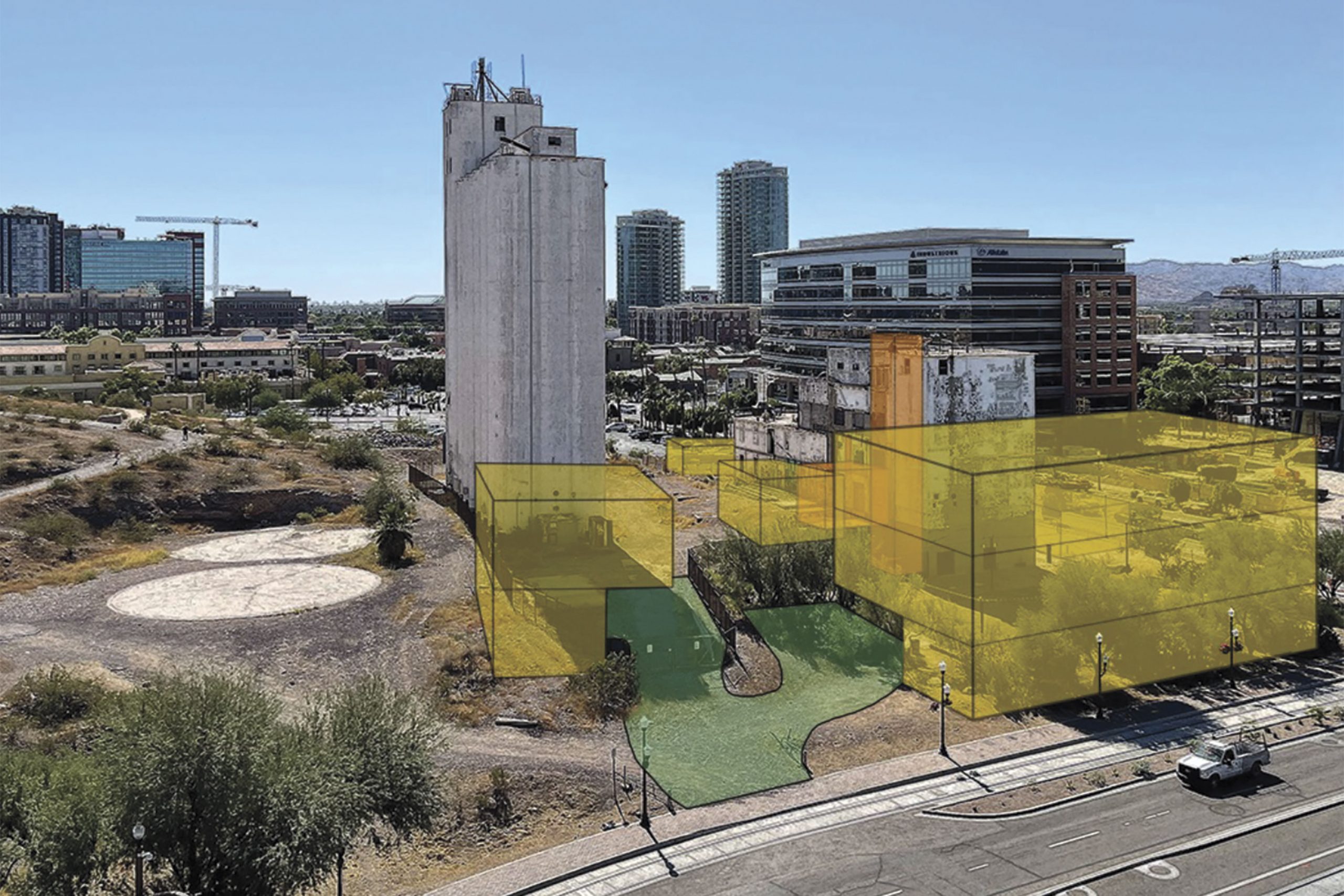 Tempe’s Hayden Flour Mill is getting another modernizing makeover.

Tempe’s historical, iconic and somewhat blighted Hayden Flour Mill is in familiar territory as the subject of yet another redevelopment agreement. But this time, everyone involved is taking a novel approach with an intentionally nebulous plan.

Maria Laughner, Tempe’s deputy economic development director, says the proposal submitted by Sunbelt Holdings and Venue Projects was chosen over one other competitor because it wasn’t fully defined. “What Venue and Sunbelt did was put forth a concept that was incredibly vague,” she says of the pitch, which included tentative ideas for adjacent structures for restaurants, retail and events but no specific repurposing of the mill itself. “Their first plan is to go to the community and find out what the community thinks. It’s a very different approach.”

Which isn’t to say the developers don’t have ideas. The mill’s seven silos could be converted into a multiuse restaurant and museum space, pending the feedback meetings.

The Hayden Flour Mill that stands today was built in 1918, with silos added in 1951. It ceased operation in 1998 and changed hands a couple of times before Tempe took ownership in 2003 following a failed development agreement. In 2012, it reopened as an event venue, and in 2014 the city voted in favor of another redevelopment agreement that fizzled. (The mill’s brand lives on thanks to Jeff and Emma Zimmerman, a father-daughter team who resurrected the stone-milling process of heritage grains by reviving the Hayden Flour Mills name in 2011. They now mill in Queen Creek.)

Borrowing a page from a political playbook, the new developers will stump around Tempe on a listening tour to engage the community and inform their approach in a way that reverse-engineers traditional planning. Lorenzo Perez, Venue Projects co-founder and husband of Local First Arizona’s Kimber Lanning, says he’s looking forward to the stories that will be shared. “You really get a sense for how important a place might be to someone,” says Perez, who spent considerable time during his childhood at his grandparents’ Tempe home. “This mill has played a role or backdrop to life in Arizona. A lot of people are really excited about it, and the support is humbling and exciting.”

In Tempe, there is renewed hope for the potential of something new at the beleaguered site. “This is a legacy project. It’s being designed with the long view in mind,” Perez says. “It’s not something we want to rush. It will be an iterative process.”