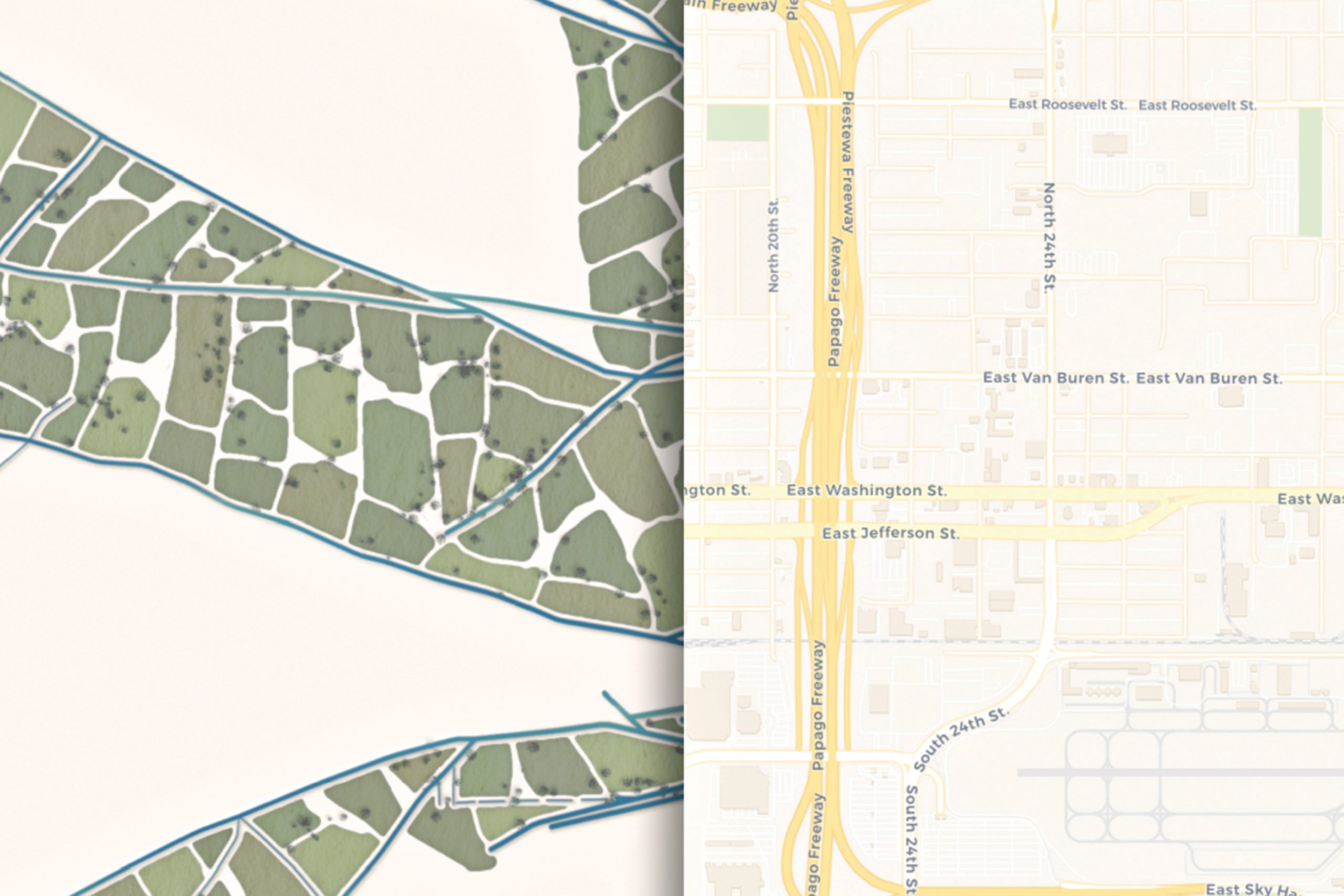 A new app uncovers the Hohokam canals that once flowed throughout Phoenix and sustained a remarkable culture.

Beneath your feet is a landscape once laced with the largest canal system in the New World – at least 500 miles of hand-dug channels that funneled water to fields of corn, beans, squash and cotton. Constructed by the Hohokam from 100 to 1450 CE, these engineering marvels are the reason Phoenix exists. Yet they’ve evaporated from our collective memories like raindrops in July.

Now, Tempe artist Richard Laugharn is reviving this irrigation culture through a free app called A Deeper Map, available through the Apple App store and Google Play. Users can locate themselves on streets or parks, then swipe right to peel away modernity and reveal waterways and farmland from centuries ago. The app includes historical photos, text and videos that unveil the remnants of terraced agave farms at South Mountain, or a canal that powered Hayden Flour Mill and established the line for the Light Rail.

“[It’s] a way of animating the deep human history of the Valley that hasn’t been done,” Laugharn explained at a recent local Spirit of the Senses salon. “We’ve been trying to tell this story with cases of artifacts and with ruins – very few of which remain – and we needed another way to tell the story and involve the public.”

A Deeper Map is the result of decades of work. It debuted in the 1990s as a CD-ROM based on maps from archaeologist Dr. Jerry Howard, a curator at the Arizona Museum of Natural History. But Laugharn and Howard felt the maps needed to be more portable and widely available. So they partnered with Scottsdale Public Art, consulted with local tribes to ensure accuracy and cultural sensitivity, and updated the technology.

Laugharn hopes the app highlights the continuity of local people and landscapes. He emphasizes that though many people think the Salt River is dried up, “it’s passing through town right now in the canals. If you think about those canals and braid them together in your mind, that’s the Salt River.” Likewise, the Hohokam live on in their descendants, the O’odham people, and many of their ancient canals formed the foundations of the Salt River Project network that provides our water today.