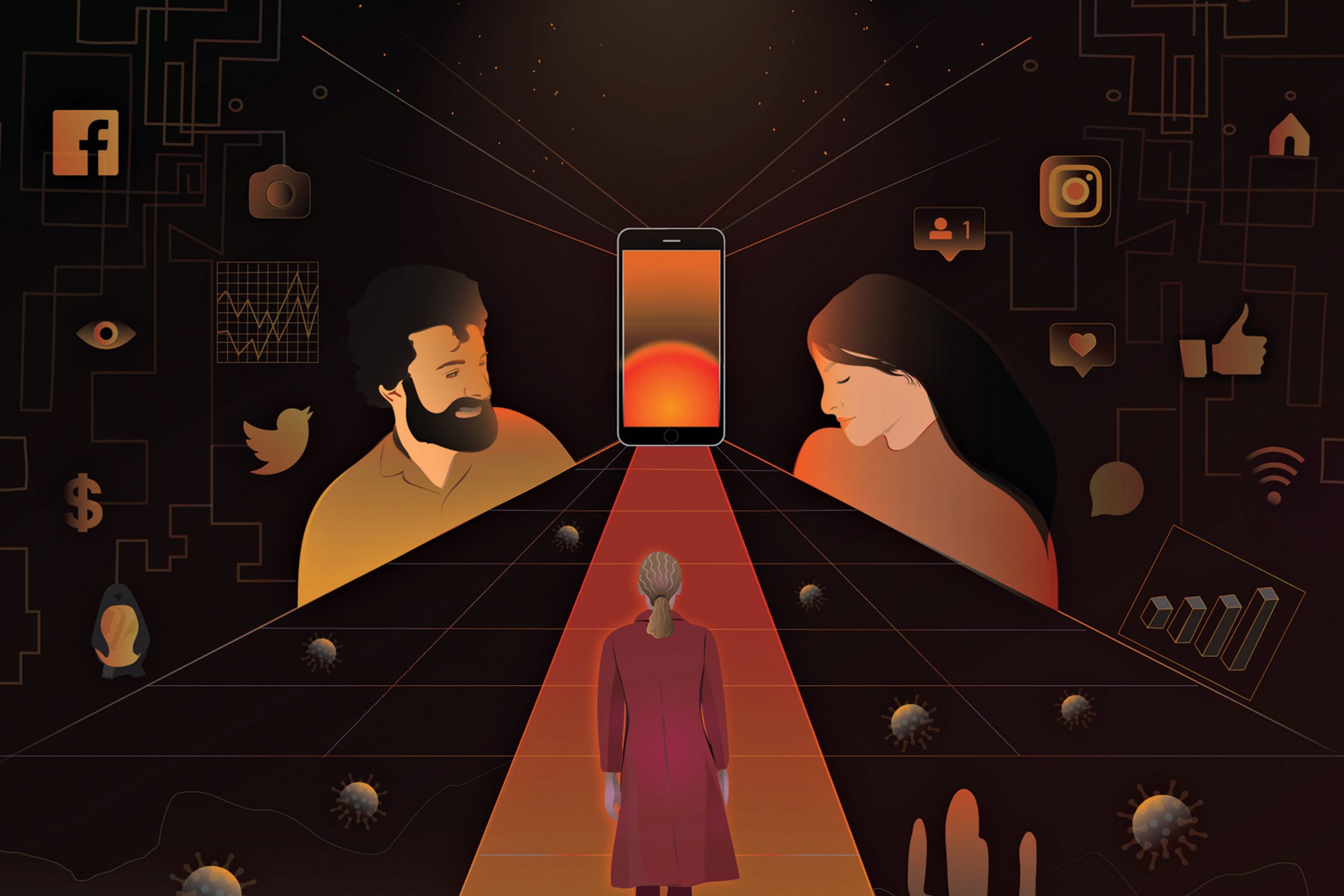 The COVID-19 pandemic has only intensified our love-hate relationship with social media.

I’m pretty sure Christina and Robert Martinez are the last people with whom I shared a handshake in the final days of pre-pandemic life, which is odd, since before the second week of March 2020, these two had only existed for me in one dimension: their not-so-occasional appearances on my Instagram feed.

If you’re familiar with them, it’s more than likely you know them as The New Darlings, a young couple who moved to Phoenix from New York City a few years ago, putting down shallow roots and racking up cash through sponsored posts advertising home furnishings, remodeling supplies, makeup, clothing and, more recently, products related to pregnancy, babies and toddlers as their son Oliver literally grows before our eyes, always in carefully curated shades of cream and rust and often with a giant saguaro cactus or some other symbol of the desert in the background.

“Are people still shaking hands?” I asked when Christina stuck hers out.

“I am,” she said. So I did, then settled in for a chat at The New Darlings’ coffee shop of choice, a Downtown spot with all-white décor that I considered sterile and forced, much the way I viewed Christina and Robert, as perfectly coiffed off IG as on.

To be honest, though, I kind of wound up liking them, and I’m not just saying that because at this point in the pandemic I’d give anything to be sitting in any kind of coffee shop, talking to anyone but my dogs. I stand by my opinion of the whole influencer culture – I’m not a fan, as you’ve likely guessed by now – and I’m still uncomfortable with the way The New Darlings use Phoenix and the Southwest in general to market themselves and their sponsors. But the truth is: They’re simply occupying space in the 21st century’s defining marketplace, the Internet.

And it’s totally my choice to follow them. Or not.

As is the case with those of us lucky enough to afford it, I’m online more than ever these days. I get the dangers of doomscrolling, and I’m not proud of the fact that I’ve fallen prey to more targeted ads than I can count. Yes, I now own a plastic black device that makes your eggs look like little penguins when you hard boil them.But unlike many of my friends, I didn’t make any New Year’s resolutions to quit social media.

I watched the Netflix documentary The Social Dilemma, and I get that I’m holding a dopamine delivery system in my hand. But my phone has also been a priceless connection to my hometown, the idealized little world I’ve carefully constructed and miss so much. I’ve never met Garrett Archer, but I drink my coffee with him every morning as I check the ABC 15 data reporter’s Twitter feed for my daily COVID-19 local stats. There’s an ASU education professor I’ve been meaning to get to know for years; we live just blocks apart. Last spring, I friended her on Facebook and now we’re part of one another’s world. Yes, I buy plastic Chinese-made penguin egg holders on Instagram, but more often I see that Changing Hands Bookstore is making care packages, or FilmBar is renting space for tiny, private parties.

Social media has kept me tethered to Phoenix, and for that I’m grateful.

I’ve also seen social media go terribly wrong, as it did this summer when a local public relations practitioner, Melissa Rein Lively, went viral in all the worst ways after a public breakdown involving a mask display at a local Target. It’s painfully easy to see things only through that one dimension on Instagram, as strangers all over the world demonized a woman who, more than likely, is seriously mentally ill and in desperate need of treatment. And then to see her exploit that illness for even more notoriety? It’s beyond disturbing.

There’s no doubt that social media can bring out the worst in people. So as much as I rely on it, I did remove several apps from my phone this past fall in a fairly successful attempt to stop scrolling so much. Full disclosure: I still find myself on my laptop plenty and I feel the dangerous, time-wasting tug. But I don’t let it bother me so much anymore. For every influencer using Phoenix to sell face moisturizer and baby toys, there’s a political movement taking shape before our eyes.

If we’re lucky, the two might even converge once in a while.

Last summer, The New Darlings climbed up onto their platform to push for justice – posting about petition drives, highlighting the work of Black creatives and familiarizing almost half a million followers with the names George Floyd and Breonna Taylor.

It was heartening to see someone using all that influence for good.