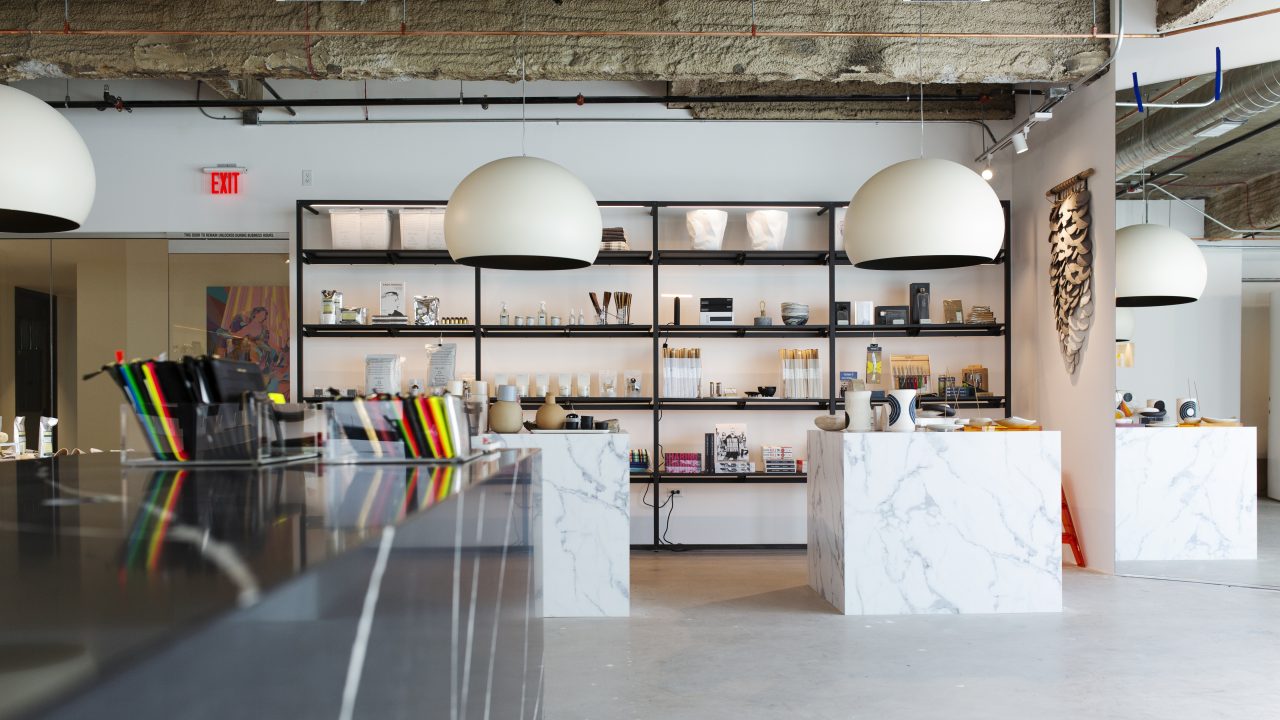 Roosevelt Row recently welcomed a one-of-a-kind boutique curated for and by Arizonans.

The unique, upscale shop purveys products from established brands and indie designers from around the world. This curated collection of clothing, furniture, accessories, home décor and skincare can’t be found anywhere else in the Valley, according to co-owner Wade Parkins.

The business originated in Tucson in a 500-square-foot storefront, but Parkins and his husband/business partner Jason Shelby quickly noticed that patrons were making the pilgrimage from the Valley for their wares and decided to open a store here.

“We lived in LA for a long time and we decided we wanted to make a big change, so in 2015, we moved to Tucson,” Parkins says. “We decided to start a store where he could utilize the skills that he’s built throughout his career.”

The boutique’s name, Now or Never, has a dual meaning for the duo.

“When we were deciding if we were going to leave LA, we quit our jobs, sold our house. My husband was working at a denim brand at this time, J Brand Jeans, and he and a few of his colleagues were thinking of starting their own brand. He decided that if that didn’t work out or it didn’t seem like the right fit, we were going to pull the plug, move and do our own thing,” Parkins explains. “That’s what ended up happening. We were like, ‘If we don’t do this now, we’re never going to do it.’”

The second meaning alludes to the exclusive nature of their products. They have a very limited quantity of many of the items they sell.

“If the customer doesn’t buy it right then, it may be gone,” Parkins says. “It’s really compelling to shop now because you might not have the opportunity next time you’re there.”

The couple hadn’t spent a lot of time in Phoenix before they launched Now or Never. They would make the trek from Tucson to shop and started hanging out in Downtown Phoenix. Parkins says the plethora of posh restaurants and lack of retail made Roosevelt Row the perfect place to set up shop.

“We figured if we were to open in Scottsdale, it wouldn’t feel as special because there’s a lot of shopping and boutiques there,” he says. “We really wanted to feel unique and almost like you’re discovering something hidden or something new.”

Customers can find popular designers such as COMME des GARÇONS, MM6 Maison Margiela, KARA and Rachel Comey at Now or Never. It also has a shop-in-shop partnership with iconic Italian furniture brand Kartell.

Parkins says that while they feature high-end fashion designers and furniture brands, they also offer products at a lower price point.

“We want everyone to feel like there is something for them at Now or Never,” he says. “It should be a space where everyone feels welcome and inspired.”

The next step is opening more stores in other up-and-coming cities.

“What we discovered in Phoenix is that there’s a void for what we’re doing,” Parkins says. “We’d like to keep it small and always be independent but grow as a brand, as well.”