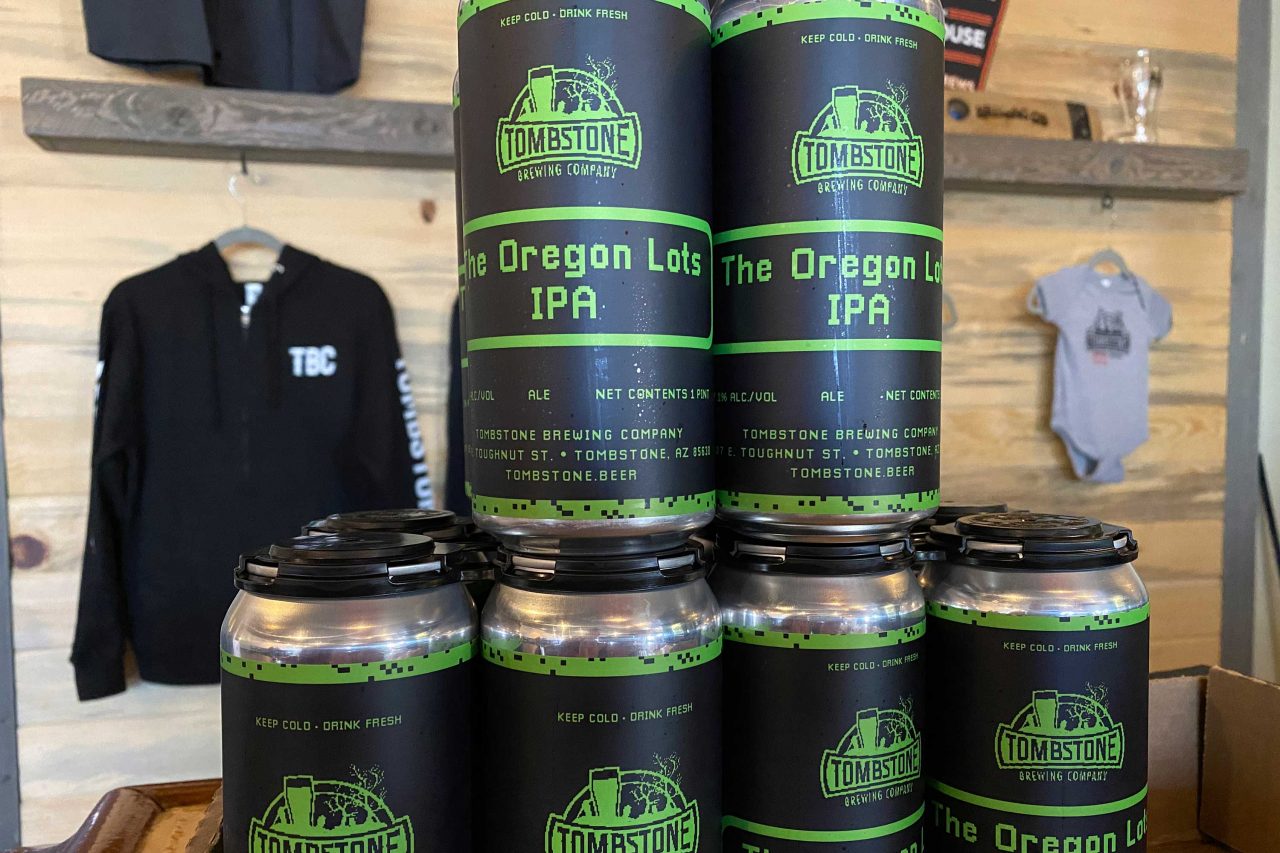 In our monthly spotlight on local breweries, we settled up to the bar at the new Tombstone North location in Phoenix. This southern Arizona beermaker has emerged from “The Town Too Tough to Die” to become a favorite for many Arizona craft brew fans. While expansion has opened Tombstone Brewing to new worlds, its beer will still be the same great product that people love.

Story Behind the Name: Obviously because the original location is based in Tombstone (population 1,300 as of 2018)

Must Try Beer: Tombstone Brewing Co. is famous for its various IPAs. 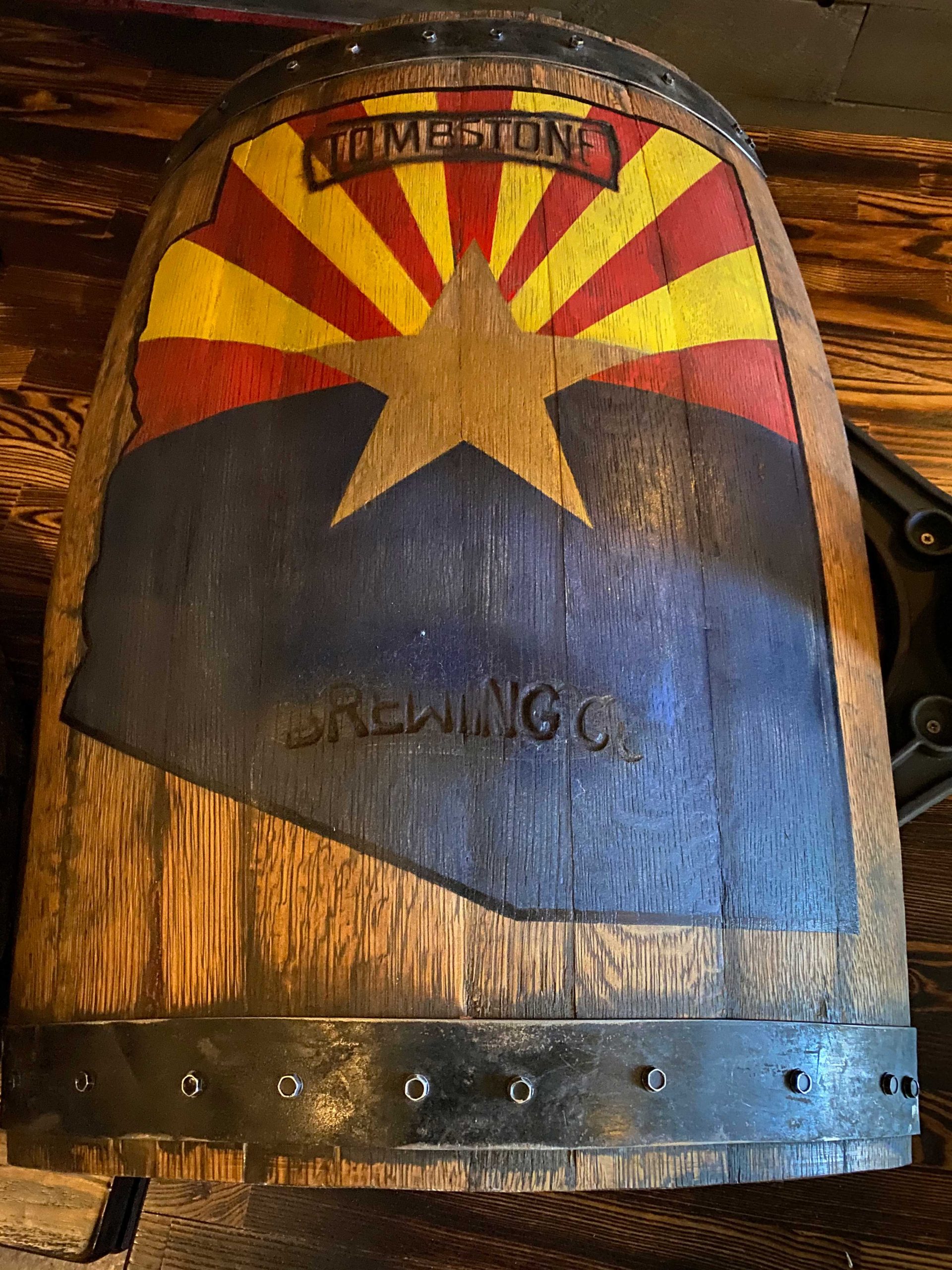 On a Wednesday morning in early November, Tombstone Brewing Co. owner Matt Brown is awake at 3:45 a.m., getting ready to make the commute from his home in Bisbee to his newly acquired Phoenix location at 39th Street and Thomas Road. Expanding from the small tourist town to the fifth largest city in America is a brand-new adventure with surprises around every corner.

“Normal life is pretty laidback in southern Arizona,” Brown says. “One of the big things is we try to have a quality of life for our employees and that’s something we’ll continue up here (in Phoenix).”

Acquiring the brewery formerly owned by Helio Basin Brewing allows Tombstone Brewing to get better acquainted with its customers.

“It gives us the ability to provide more beer to more of our accounts and it gives us the ability to interact with people in Phoenix who buy most of our beer,” Brown says. “In Tombstone, the experience for us is we put beer on a truck, it disappears, and we know somebody buys it, but we never really have that interaction with the end consumer. It’s nice to be able to sell the beer and actually watch the person drink it and see what’s going on.”

The growth into Phoenix also brings with it a new world of food service. Tombstone Brewing North kept the Helio Basin bar and kitchen staff when it bought the location, and it kept the same food menu – but some new munchies are coming soon.

“We’re working with the head cook who was the same one they (Helio Basin) had, but sort of continuing to evolve the menu and include it to better match the beers we’re making,” Brown says. “It’s been cool to think about people drinking our beers with food and having control over the food they drink it with. The most popular thing seems to be the Wagyu Burger.”

“The Helio guys really set this up well, so it’s been great to see all the things that we’re going to see in Sierra Vista.”

For fans of Tombstone’s beer product, Brown assures us the quality won’t change as the brewery gets bigger – but you’ll see a lot more of it at the bar or in your home.

“We’re used to being in a tourist town and we don’t have food in Tombstone,” Brown says. “We’re used to tons of people buying packaged beer and leaving. We’re only serving on site in Tombstone on the patio, versus here (in Phoenix) where we have a 200-seat restaurant that we’ve cut down to less than half capacity for COVID. It’s still a totally different space and we’ve noticed on-site consumption is way higher than we expected here and to-go sales is surprising little. Most people want to drink here.”

In the coming weeks, beer drinkers can expect to see several new releases such as dessert stouts aged in Bourbon barrels, an authentic Kolsch and new glassware to drink it from, double IPAs and a new Pale Ale brewed with Strata hops – one that produces a juicy, passionfruit flavor. Brown tells us Tombstone owns the largest contract allotment for Strata hops in the United States. That’s good news for those of us who rush to the store when a new Tombstone beer is released. 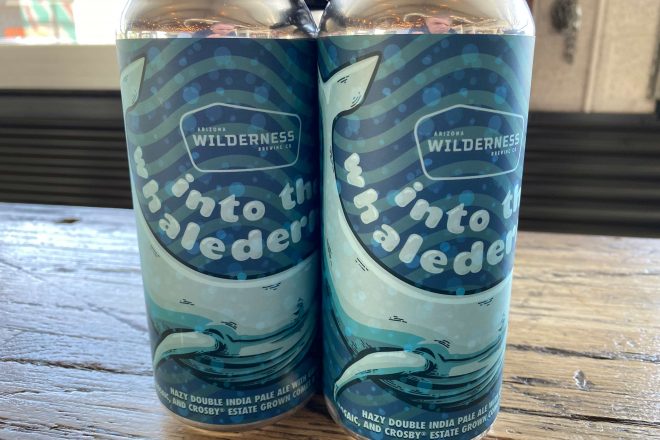 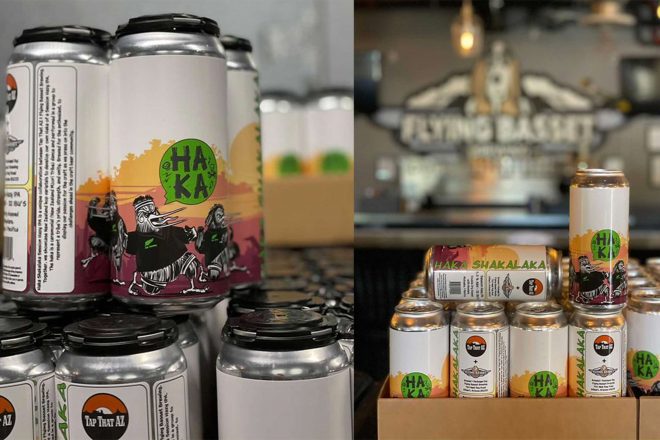 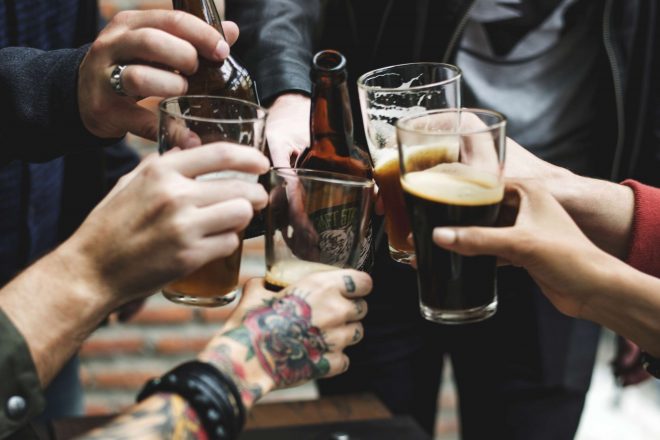