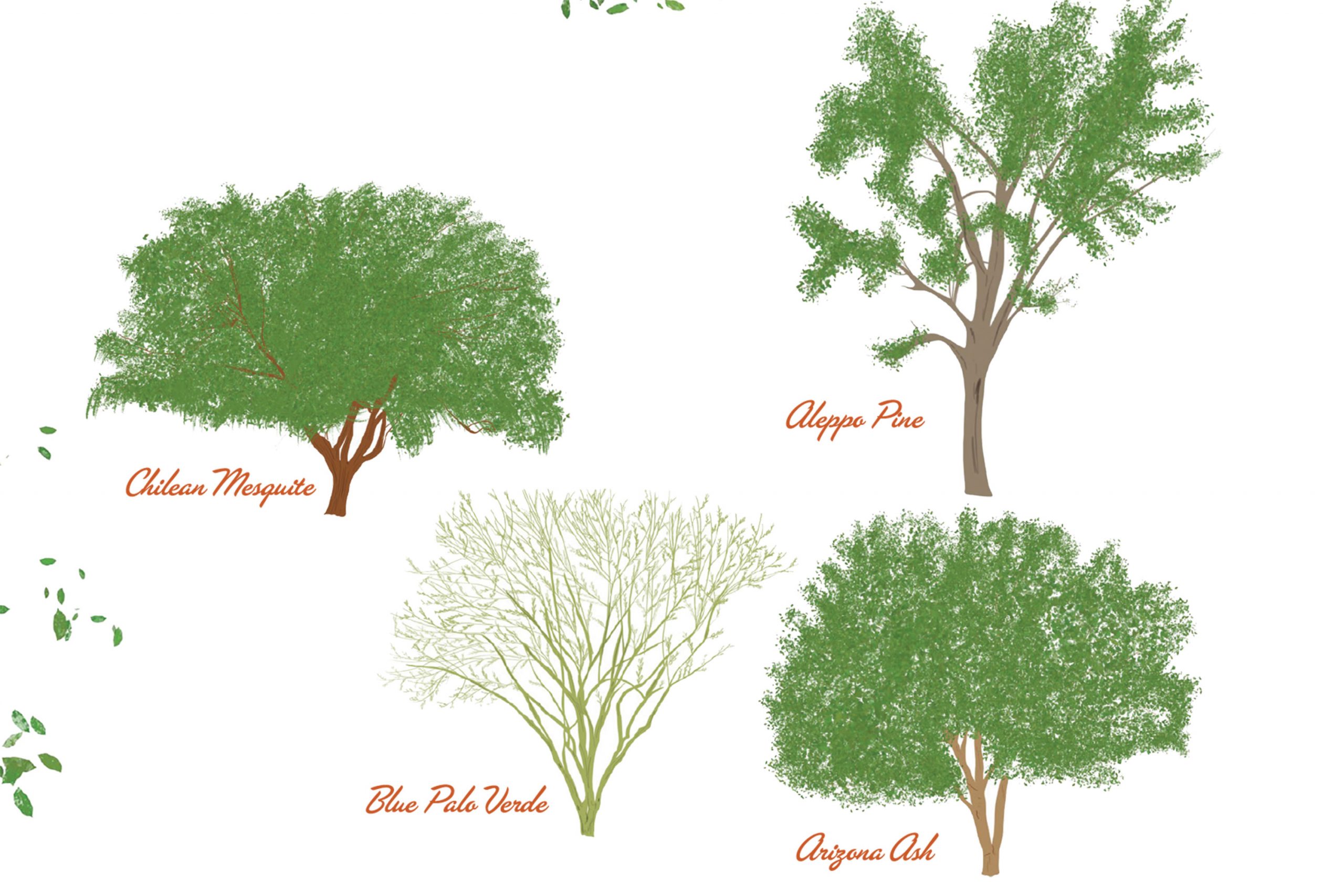 Ten years ago, then-Mayor Phil Gordon introduced a plan to place at least one-quarter of the city of Phoenix under the shade of trees by 2030. It was a lofty goal that required more than doubling the amount of tree shade – or the canopy coverage, in more technical terms – that existed at the time.

A decade has passed and not much has changed. According to the last official tree cover measurement in 2014, shade remains almost as hard to find today as it was in 2010, even as Phoenix has become the fastest-growing city in the country and the number of 100-plus-degree days each year rose. The growth of sprawling cities is anchored on pavement and concrete. These materials absorb the heat of the sun all day and emit it when the sun goes down, drastically raising nighttime temperatures. If Phoenix hits its tree-planting goal, it is predicted to lead to more than 4 degrees of cooling, according to a 2014 report by researchers at Arizona State University and University of Arizona.

Mark Hartman, chief sustainability officer of the city of Phoenix, says workers planted 5,000 new trees last year. That number would need to increase to around 10,000 trees this year and every year until 2030 to meet the goal. “Keeping 2030 means that we really need to ramp up our tree-planting efforts pretty quickly,” Hartman says.

The plan was originally adopted following the Great Recession, so extra funding to enact the major tree canopy was not there. In the years following, the focus was mostly on maintaining existing trees, Hartman says. In 2018, the city formed the Urban Heat Island/Tree and Shade subcommittee consisting of experts in the community to come up with recommendations for implementing the Tree and Shade Master Plan.

The subcommittee released ideas in July 2019 that could potentially get this plan back on track. The cornerstone is to have a “tree and shade administrator” who can coordinate this massive undertaking. Aimee Esposito, executive director of the Phoenix-based environmental education nonprofit Trees Matter, is on the subcommittee and says the 2019 recommendations were supposed to make their way to the City Council. Now, a year later, that still has not happened.

There have been calls from the Environmental Quality and Sustainability Commission to reconvene the subcommittee, but things are still moving slowly, she says. This is not for lack of trying from the subcommittee or lack of desire from the public: In an online survey from the city, nearly 75 percent of respondents said they would pay $10 more in taxes a year so the city could plant 10,000 trees a year over the next 10 years.

“We’ve had one of the hottest summers on record,” Esposito says. “To me, it’s a little frustrating that more action and more policies haven’t been pushed forward.”