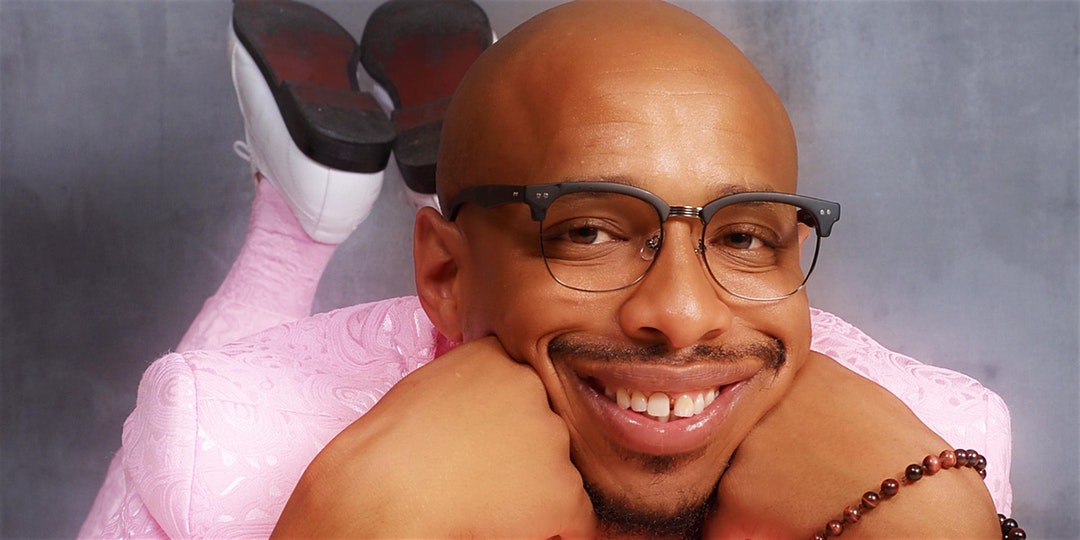 Saxon Kincy, better known as Old Man Saxon, is not your typical rapper. He identifies more with a geriatric gentleman than the youthful persona many modern hip-hop artists portray.

Kincy recently competed on the rap reality show Rhythm & Flow and captivated the audience and judges with his larger-than-life personality and memorable rhymes. His quirky catchphrases and over-the-top attire made him an instant fan favorite.

Though he’s made a name for himself through the Netflix show, there was a time that he didn’t even own a TV. In 2014, Kincy was homeless. He describes it as an enlightening era that allowed him to focus on himself and his music. His 2016 EP, The Perils, is based on his experience.

He later got a gig teaching rap at the Musicians Institute in Los Angeles. Now, he is a father of two and just released a new album, The Peacock Honey, which features 10 bouncy, Bay Area-tinged tracks.

We caught up with the Colorado-based rapper to chat about his new music, his onstage image and his upcoming show at The Pressroom in Downtown Phoenix on Saturday, February 29.

When did you first start rapping and who were some of your early influences?
When I first started rapping, I was probably 11 or 12. My biggest influence around that time was probably my big brother. He’s six years older than me. A lot of the things he did were just cool to me. He was rapping at the time, so I was like, “Oh, I’ll rap.” My influences as far as actual artists that were on at the time were E-40 and DMX.

How did you come up with the name Old Man Saxon, especially in a scene where “Lil” and “Baby” are prominent prefixes?
I kind of made that choice in an era when everybody was skewing younger. Eventually all those rappers will grow out of their name and eventually they won’t be “lil” anymore. As Old Man Saxon, I can only grow into my name and no one will question it. Like, if I’m 90 years old and rapping, they’ll just be like, “Oh, that’s Old Man Saxon. Of course, that makes sense.”

You’ll be on stage with a walker or a cane.
That is the goal. They just push me out there and I’m still just rapping.

You spent 2014 living in your car, which was the inspiration for The Perils. Can you tell me about that experience and how it shaped you personally and professionally?
That was the culmination of not having lived by myself for the majority of my life. There was always somebody there, somebody living with me, somebody staying with me or me staying with other people. I realized that having so many people around me never allowed me to be alone with my thoughts, so I was kind of always just making music with somebody else’s energy around me. Once I lived in my car, I started to be able to hear my own thoughts. I’m honestly really sensitive. I’m a pretty sensitive human being. I just react to a lot of things. I didn’t notice that until I was living in my car. So that allowed me to realize how much of an introvert I actually am because my whole life I grew up thinking I was this extrovert. I like being alone. I was making the best music when I was alone. It completely changed how I saw myself.

How would you say your life has changed since then? Do you still consider yourself an introvert?
Yeah, very much so. That was definitely the turning point, living in my car and realizing I was an introvert because now I don’t like going out, I don’t like going to parties. At the time, I was making the best music when I was by myself, but of course we all grow. Tomorrow I’m going to L.A. for a writing trip, which means I’m going to have to talk to people and be around people that have different opinions and I’m starting to learn how to work in that space a little better. As much as that time alone helped me, it didn’t necessarily prepare me for how I needed to maneuver in the industry. Also, it changed because a year and a half after I got a home and stopped being homeless, I had my first kid. If I didn’t go through being homeless, I would be freaking out about having kids. Like, going from being around people all the time to having a kid where there’s no time for me at all, so that time really prepared me for being ready to kind of integrate other people into my life.

Being a self-proclaimed introvert, do you ever struggle with social anxiety and how do you cope with that?
It’s overwhelming. Absolutely. Before I lived in my car, I was extremely out in the world and I thought it was fun to be out. You lived in a house, you’re around people your whole life and then literally for 13 months, you just kind of isolate yourself. That was a complete shock to my social life. So then coming from living out of my car, trying to jump back into the moving and shaking scene, it completely f*cked me up. So now when I do shows and stuff, the before and after the show used to be the most nerve-wracking part of doing shows, having to be around people before and having to talk to people after. In turn, I was drinking more, I was doing more drugs, I was trying to numb the social anxiety away, which in doing some work on myself, I realized that the drug use and the drinking wasn’t really the healthiest way, obviously. I got some advice from one of my favorite rappers, his name is X-Raided, and he said to me, “Yeah, I used to have social anxiety, too.” And we all have our anxieties for different reasons but his was cured by whenever he was having a conversation with someone, if he was talking to one of his fans before or after the show, he dedicated himself to treating that interaction with as much love and warmth as he possibly can.

It’s kind of comforting to know that anxiety is something everyone deals with.
I’ve also started to see, especially now, anxiety is kind of like the No. 1 condition. A lot of people are anxious, especially socially. I kind of came to this conclusion, I could be right or wrong, but it’s definitely from how much time we spend in this virtual world, interacting with people that we don’t have to actually interact with in real life. Once you get so deep into Instagram and Facebook and pull yourself out of this virtual world, you have to deal with this real sh*t. It’s a drastic transition. For me, it helps to not be on my phone as much but with that even being said, I realize that when I am on my phone more, I’m way more anxious. For me, it goes hand in hand.

Tell me about your experience being on Rhythm & Flow and how you got involved. Do you feel like it exposed you to new fanbase or new career opportunities?
I got on the show because when I was working at the Musicians Institute teaching rap, my boss, [is] the vocal coach on American Idol and The Voice, so she’s connected in a way that she got the application for the show probably two months before it was actually released to the public. So I filled that out and the rest was history. There’s definitely a kinship amongst everyone that was on that show. As far as people and a different fanbase, while we were shooting the show, my highlight on the show was my very first audition. I remember when I got off the stage, being like, “Oh, that was enough right there.” That one audition was enough because in our culture, we rely heavily on co-signs. I was in a spot where Cardi B likes me. I got Cardi B fans, Chance fans, Snoop fans. I got a whole new [group of] people that may have never saw me ever in their life, so that was awesome.

Do you always perform in a three-piece suit?
Sometimes it’s only a two-piece. [Laughs] I’ve learned that if you’re a performer, you’re supposed to look better than the audience, and my personal style is trash. I wear sweats and Nike Frees and Air Maxes. I don’t dress [good] enough to be on stage and feel like I’m the one you should be looking at, so in order to squash that insecurity, I just started wearing really extravagant stuff. I used to do a lot of opening acts and I was opening for this artist Oddisee. Someone took a picture of the crowd and you could just see everyone in the crowd staring at me, not dancing, not moving but they were looking at me and that was an accomplishment. They didn’t pay to see me, but everyone was looking at me and that’s what I think the suit accomplishes.

How else would you say your onstage persona differs from when you’re not in front of an audience?
I grew up around a lot of Bay Area rap and the Bay Area movement is really flamboyant, super “look at me” type style. For me, being an introvert… once the onstage persona comes out, it’s the complete opposite of that. It’s “look at me.” I like to perform as if it’s my last time performing. If I don’t get offstage and I’m not breathing heavily and I’m not sweating, then I probably didn’t have the show that I wanted to have. It’s a complete switch from who I am in real life.

You’re about to go on tour. Do you have any goals or expectations?
Coming home alive. [Laughs] The goal when I was like 22 as a rapper, it was like, “I just want to go on tour and party and show up late and do all this crazy sh*t.” But I have a full-on family now, so the tour stuff, as crazy and fun as it may seem for me, there’s a lot of anxiety that goes into just making sure I can do this in a way that is sustainable for my health and sustainable for my family. My goal is just to make sure that I’m better or the same as before I left, not worse.

Is there anything you’re looking forward to about coming to Phoenix in particular?
My brother went to Arizona State [University] and I visited there when I was like 12 years old. What I remember of it is that it was hot as hell, but I definitely remember that there were a lot of young, fun people there, so I’m just excited to feel the energy of the city and see if there is, from what I remember, a bunch of young, fun people that are just ready to have fun, ready to party, ready to hear some good music and then try to get some new, younger fans out of that. 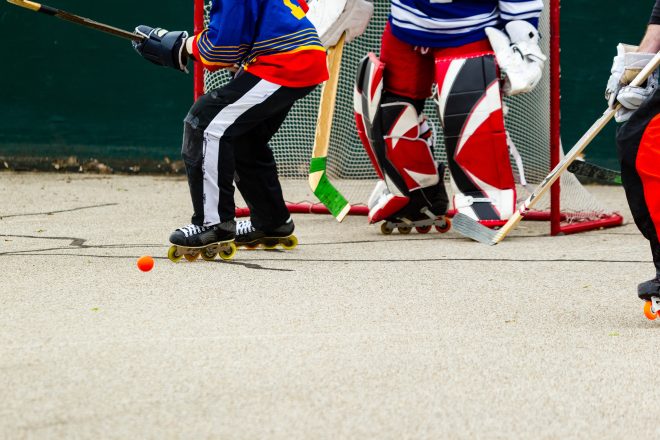