In early 17th century India, the emperor Jahangir commissioned the splendid Shalimar Bagh gardens as a gift for his wife, Nur Jahan, whom he loved most of all his wives. Named after Jahangir’s 31-acre Kashmiri oasis, Shalimar Golf Club in Tempe doesn’t quite live up to its namesake. The grass is dead in spots. The manmade lake is suspiciously murky. The palm trees need trimming. Still, like a gopher burrowed beneath a putting green, Shalimar holds a special, stubborn place in Stephen Denton’s heart. Valley-based freelance photographer Denton spent a fair portion of his childhood at the “oddly charming” nine-hole public golf course, he says, “golfing with my friends, caddying and hitting range balls until my parents made me come home for dinner.” Along the way, he developed a deep affection for the “eccentric and brazen” characters who populate the course. After graduating from high school in 2008, Denton bid adieu to his home away from home, but reacquainted himself recently for a photography project. In his images and captions, we find not only the story of Shalimar Golf Club, but of the Valley of the Sun itself, and our enduring love affair with the links. 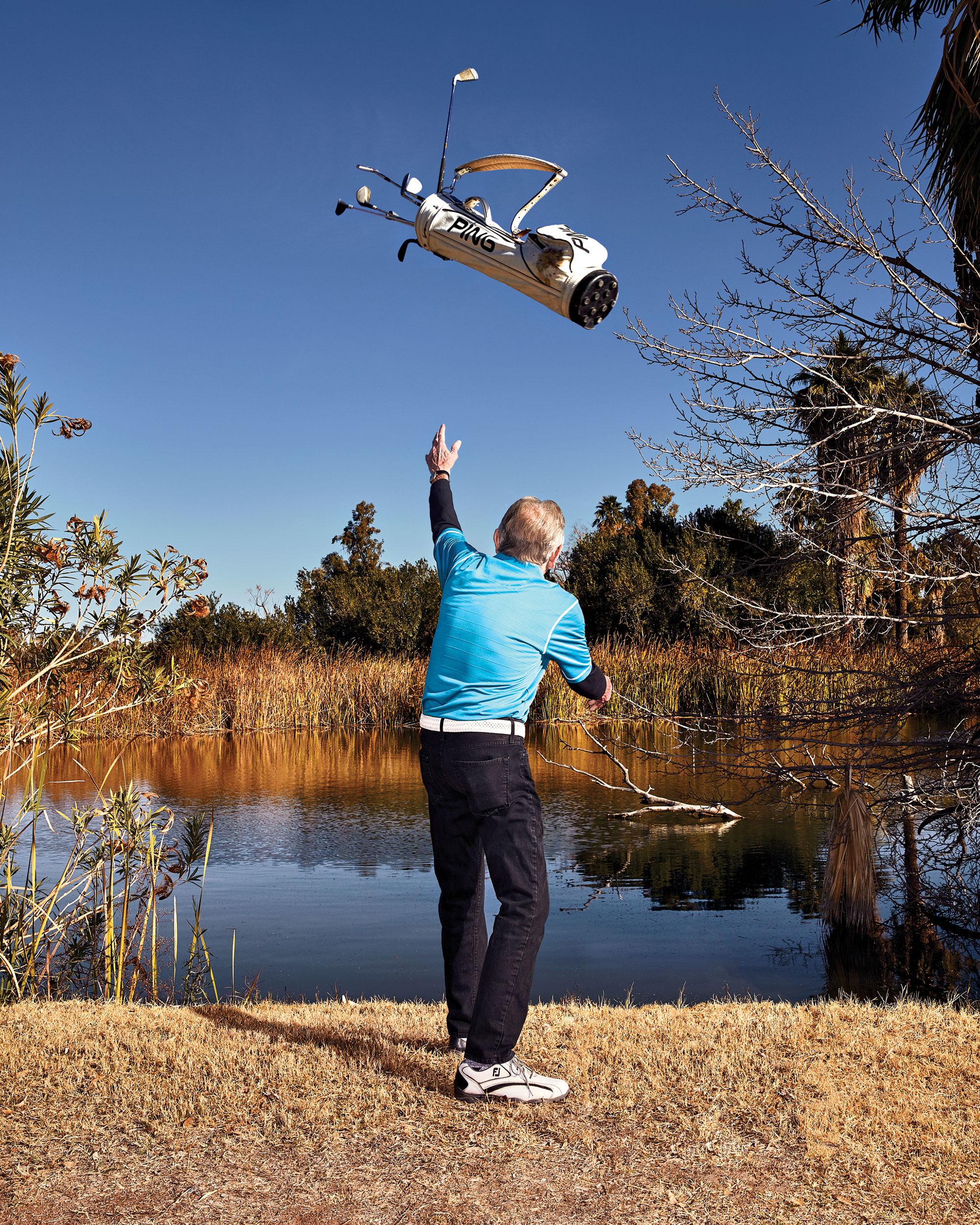 Golf can be a brutally uncooperative sport, and anyone who’s gone out there has wanted to do exactly what Gary is doing here. Originally from Colorado, Gary stumbled on Shalimar at his son’s bachelor party 15 years ago. Now retired after a career managing the Firestone Complete Auto Care on Baseline and Rural roads, Gary tries to make it out to Shalimar any chance he gets, recent health issues notwithstanding. 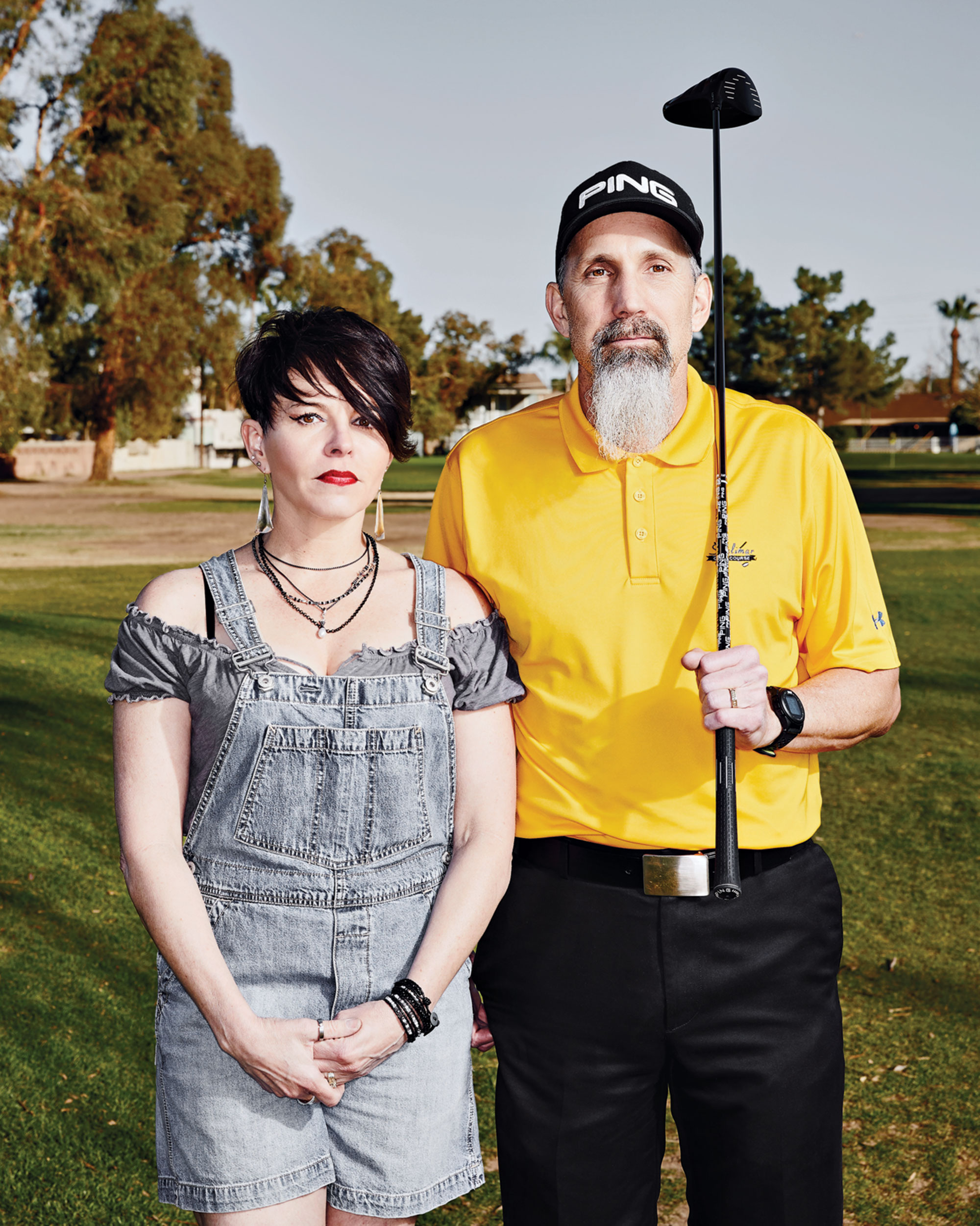 Werner and Michelle might have the best house on the course. Located right off the fairway, it’s the perfect place for a golf-obsessed person such as Werner to live. Michelle, however, refuses to play the game and chooses to join in on the fun only after everyone else has finished their round. If you catch her outside as you tee off on No. 7, you will be welcomed with a loud greeting, a quick sarcastic remark and occasionally a homemade limoncello shot – or three. 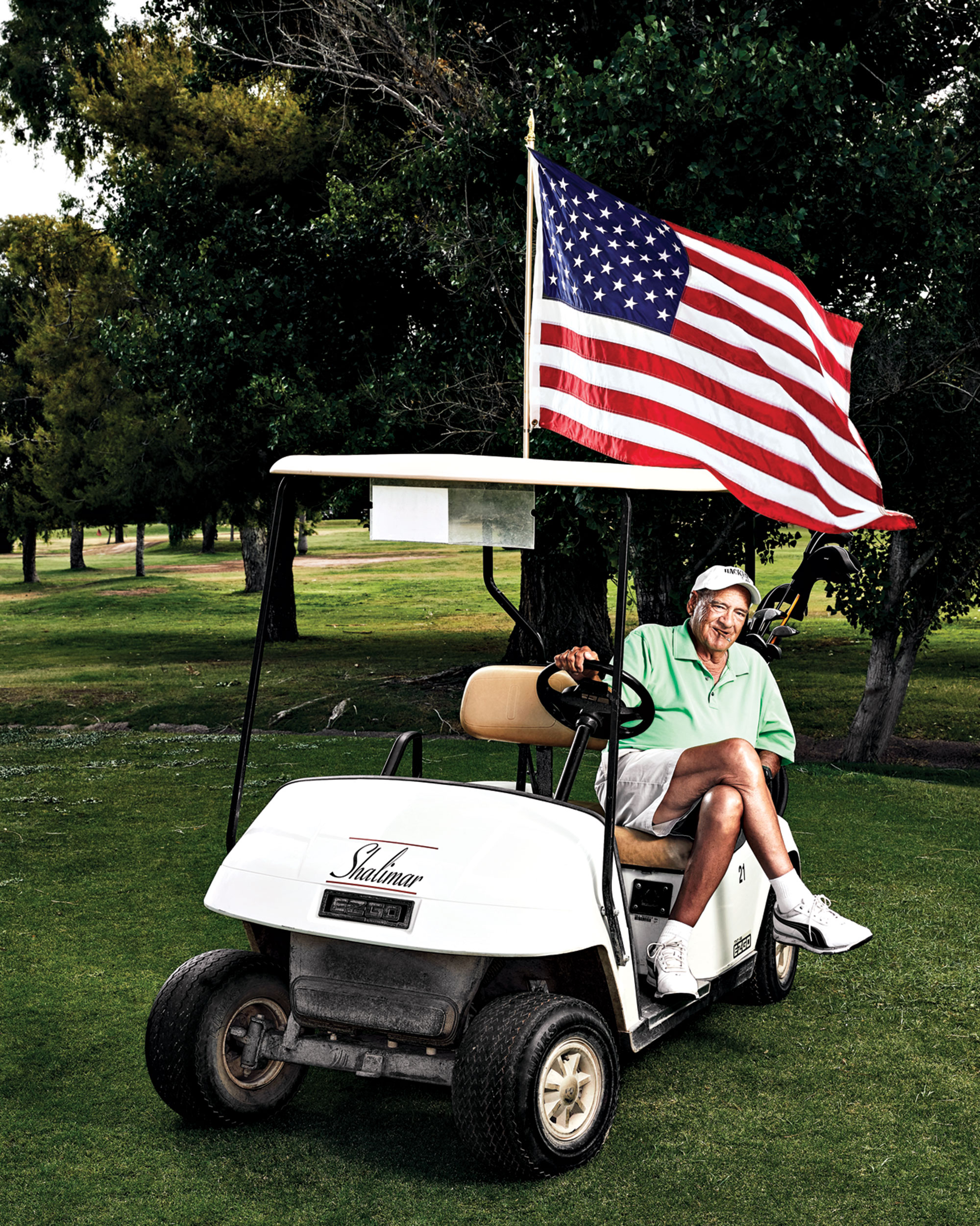 “Vennie” is a proud United States Navy veteran, a self-proclaimed comedian and a Shalimar Golf Club legend. He’s been playing Shalimar for more than three decades, and you can still find him there nearly every day, enjoying a vodka on the rocks, working on his game, re-telling stories from his time in the service and trying to convince people he was in the Italian mob. 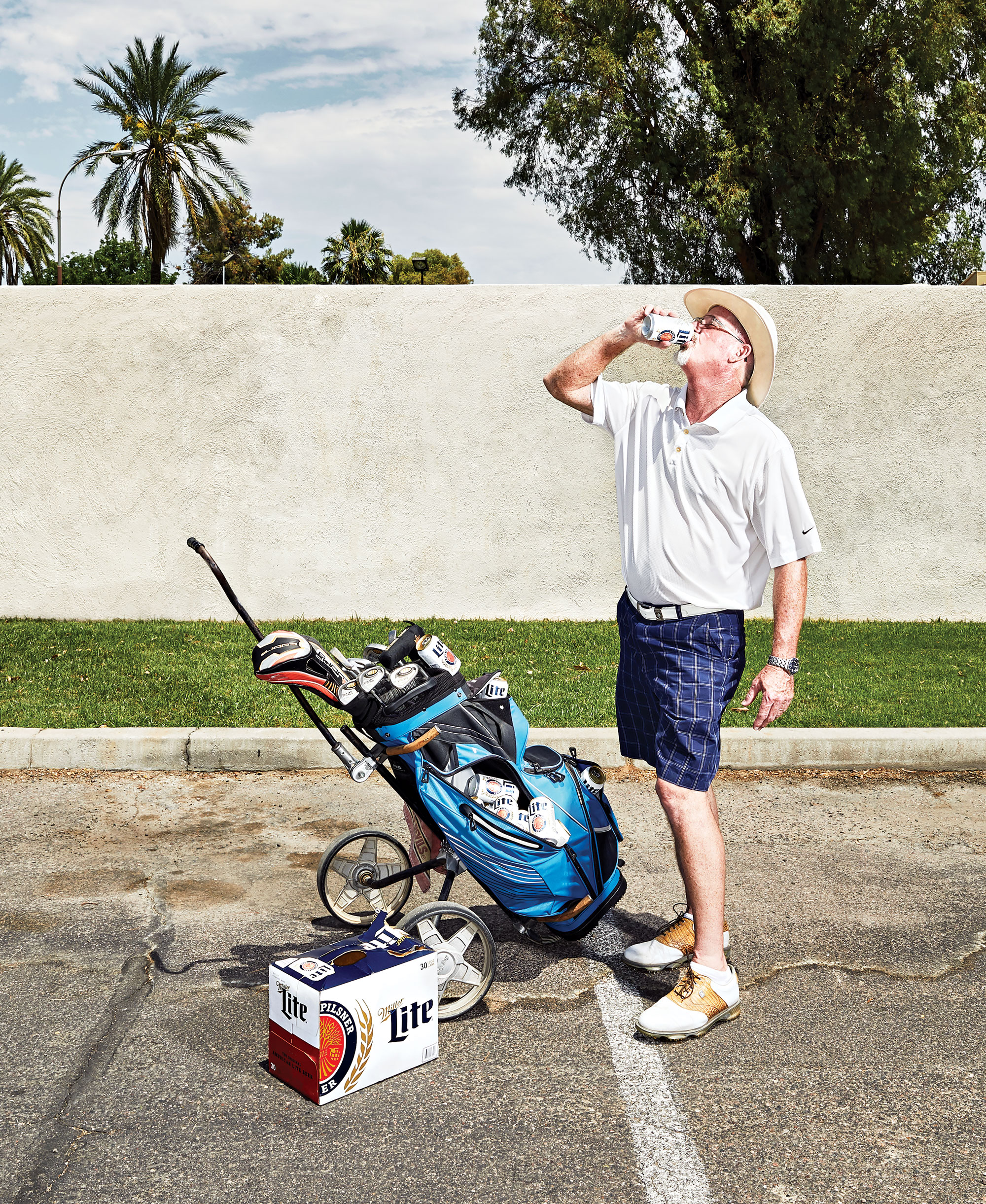 A sales rep at Dunn-Edwards Paints for more than 30 years and a longtime Tempe resident, Tom is a kind and simple man. He never misses a Men’s Club round on Saturday mornings, and prefers to walk rather than take a cart. He’s also known for his love of Miller Lite. Only Miller Lite. 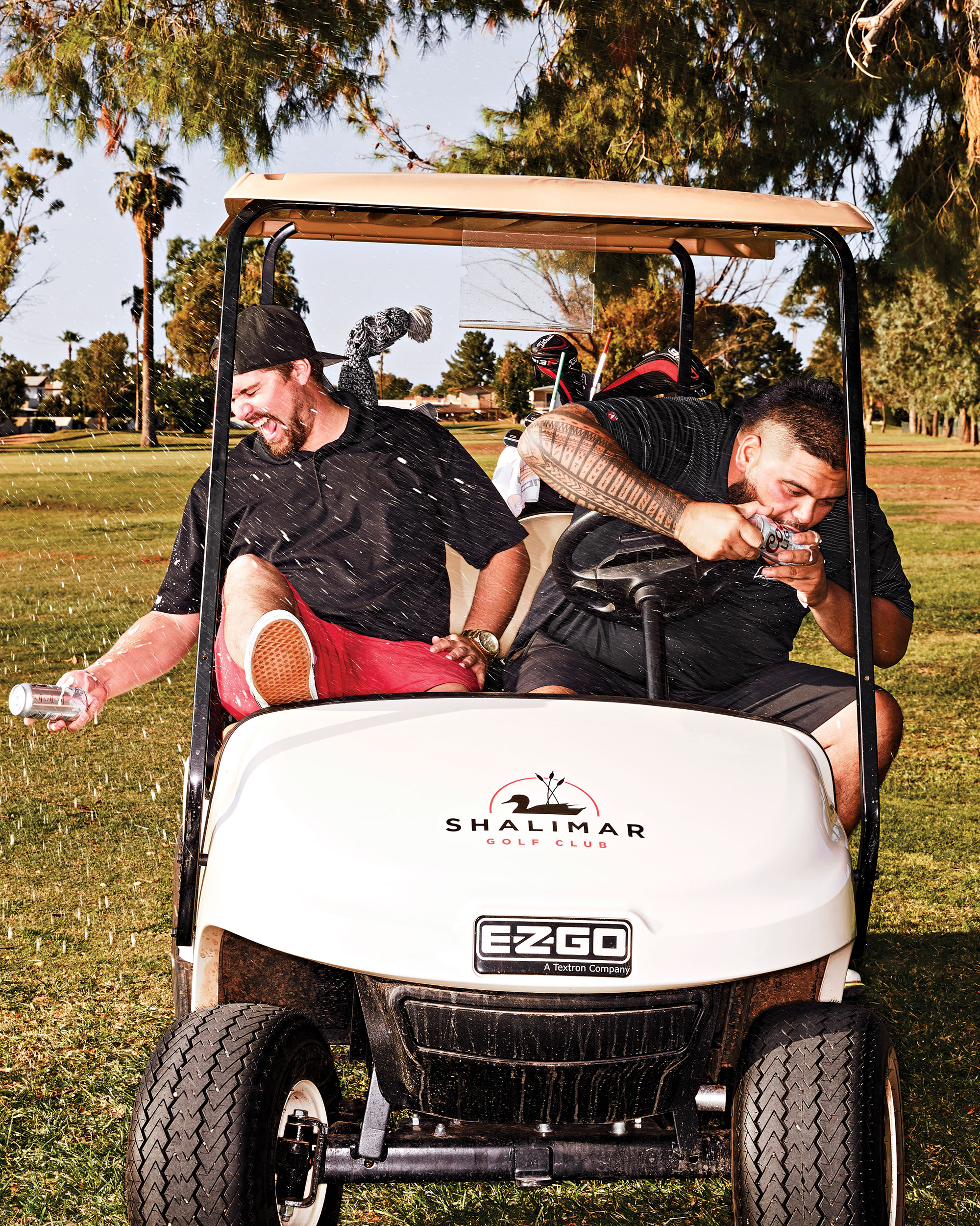 Shalimar has given me a lot of great things over the years, but I’m most thankful for the lifelong friendships I made while growing up on the course. Trent and Tyler are two of my oldest and dearest friends, both of whom I met at the age of 11 while participating in the Shalimar Junior Caddy program. Our childhood was spent playing competitive junior golf in the desert sun, hustling older golfers who underestimated our games, and pursuing the shared dream of becoming pros one day. As you might expect, none of us made it to that level, but we had a great time along the way. 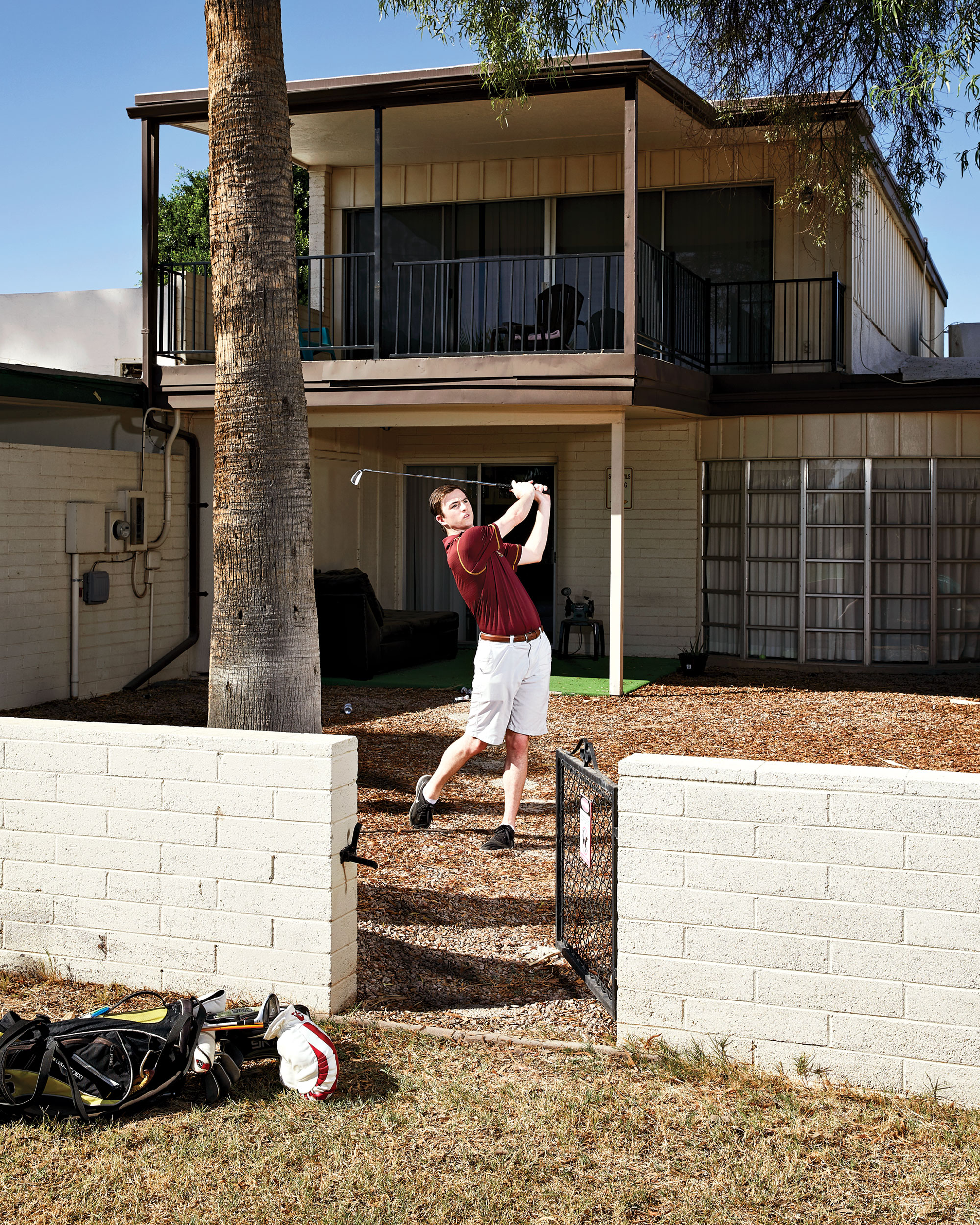 Golf balls are expensive, and the rules of golf are rarely followed during a round at Shalimar. If we could see our ball, we’d play it. Just because it was “technically” out of bounds didn’t stop us from hopping any size fence to play the ball – and possibly leaving an ugly divot in someone’s yard. Tavis here was one of my fellow culprits. He’s been playing Shalimar most of his life thanks to his father, Tom, starting out as a caddy and eventually running the golf shop until he graduated college in 2016. He joins me in apologizing to our neighbors for the divots. 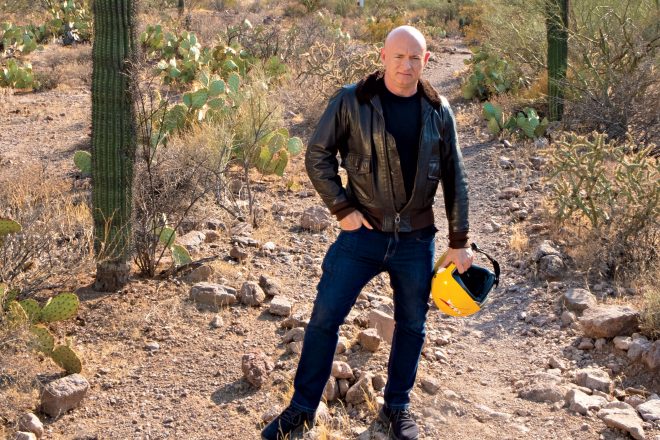