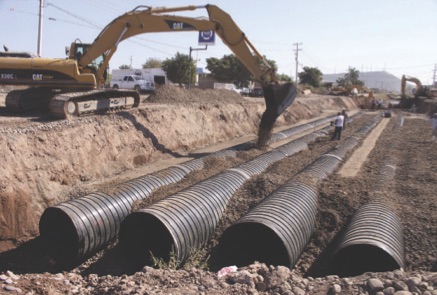 Tensions are running high in North-Central Phoenix over the planned construction of a water pipeline that will run through Dreamy Draw Park, a popular and pristine hiking destination near Piestewa Peak. In an effort to reduce vulnerability to water shortages in the North Valley, the city of Phoenix will lay 12 miles of new pipeline for its Drought Pipeline Project. Construction is expected to last from 2020 through 2022.

The issue: It will force hiking trails to temporarily close, and will cut through two neighborhoods south of the park – infuriating some residents. Community representative Katherine Roxlo cites environmental concerns (“Pipes do break”), but is more immediately alarmed by the logistics of tearing up narrow, family-friendly foothill streets to lay “66-inch pipes that weigh more than a ton per square foot.” She also decries the lack of community input. “[The city] is saying it’s an emergency. It’s not an emergency. That’s a hoax… so they can rush it through.”

Barring a stoppage, the Dreamy Draw portion of the project will run roughly from early 2021 to early 2022, taking nine months to a year. The trails will be closed in phases so the park is never shut down completely, The Arizona Republic reported.